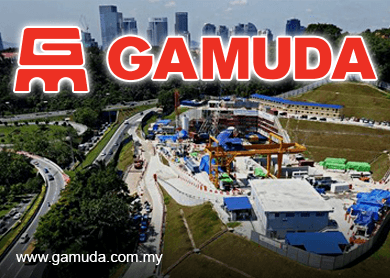 Revenue for 1QFY15 improved to RM569.64 million from RM486.12 million. Gamuda declared an interim dividend of six sen per share.

Today, TA Securities Holdings Bhd wrote in a note while Gamuda's 1QFY15 income was within expectation, TA had reduced its FY15 to FY17 earnings forecast for Gamuda by 7% to 7.6%.

TA also cut its target price for Gamuda shares to RM4.81. This compares to RM5.17 previously, according to TA , which maintained its “sell” call on the stock.

According to TA, it had downgraded its Gamuda earnings forecast in anticipation of lower property sales.

"Its property sales slumped to RM240mn. Unbilled sales dropped to RM1.5bn from RM1.7bn a quarter ago.

According to TA, Gamuda has an outstanding order book of RM1.8 billion, which could last until 2016.

“Should there be any delay in KVMRT (Klang Valley MRT) line 2 or lack of new construction project awards, we foresee an earnings gap in construction division in FY16. This may pose downside risks to the share price,” TA said.