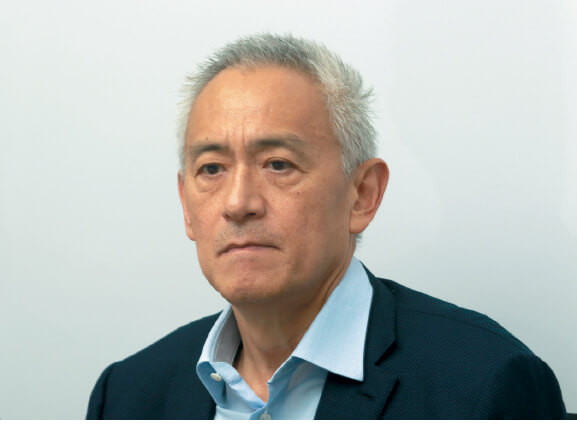 Lin: We are tendering in Vietnam, Singapore and Australia to expand our market. 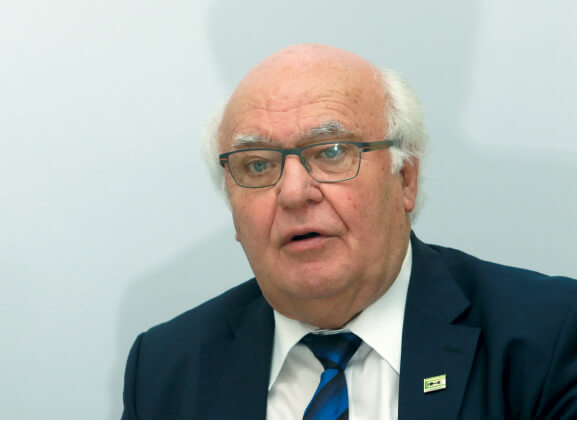 Martin: We want to sell to foreign countries the technology that we have proved here together with Gamuda. 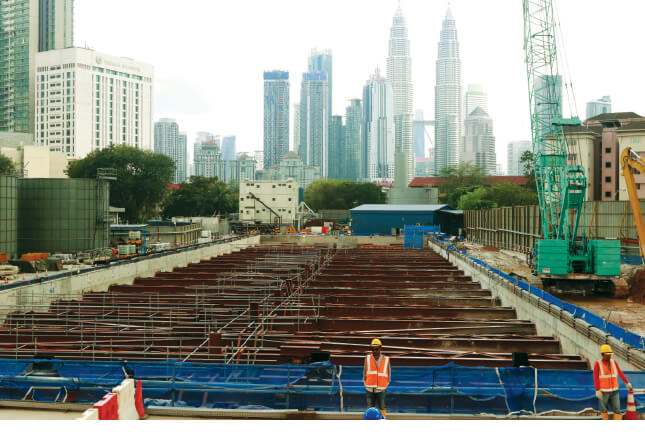 Construction of the underground tunnel of MRT2 has commenced with the TBM being installed and ready for commissioning near Hospital Kuala Lumpur . 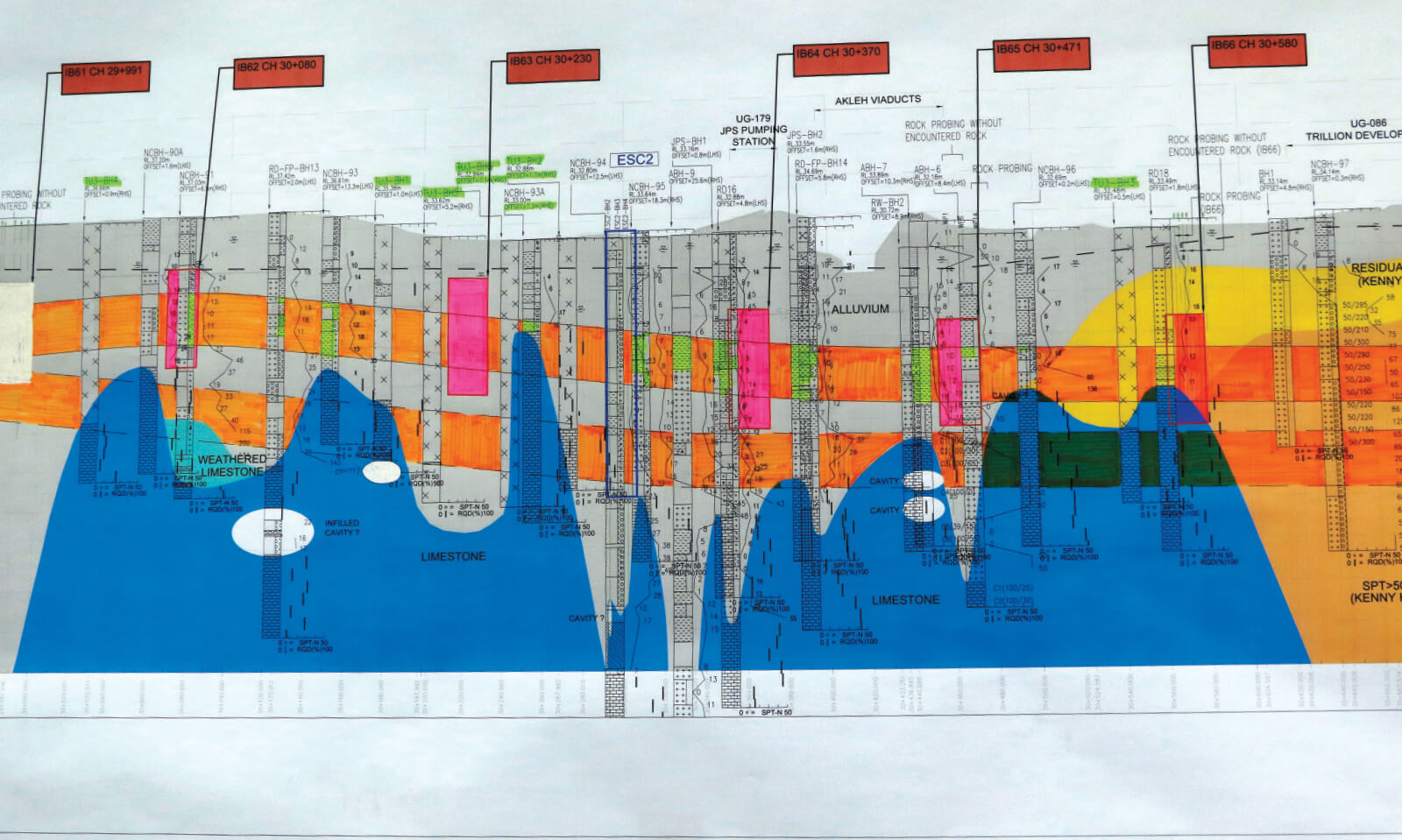 Kuala Lumpur’s underground geological formations have a lot of cavities and variable soil density, which required a special TBM to be developed by Herrenknecht and Gamuda. Pictures By Haris Hassan/The Edge

Thus, the company is continuing to bid for MRT projects in the region, especially those with tunnelling portions, and is tendering for jobs in Singapore, Vietnam and Australia, Lin tells The Edge in an interview.

If the Malaysian government puts the MRT3 (Circle Line) on the back burner for an unspecified period of time, Lin believes Gamuda would lose its experienced workforce as they would move to other countries for jobs.

“If we don’t have continuity of projects, it would be inevitable that we would lose our people. That’s why now we are tendering in Vietnam, Singapore and Australia to expand our market. This is quite a logical natural evolution,” he says.

“For instance, in Australia, for the next 10 years in Sydney and Melbourne, they are going to put over A$100 billion into railway and metro projects, so there’s a lot of tunnelling projects. I look forward to working with Herrenknecht [AG] over the next 10 years.”

Herrenknecht is Gamuda’s technological partner in tunnelling in Asia-Pacific. The partnership was fostered when Gamuda and its local partner, MMC Corp Bhd, undertook the construction of the Stormwater Management and Road Tunnel (SMART Tunnel) in 2003.

One of the leading TBM manufacturers and operators in the world, Herrenknecht is capable of producing TBMs with diameters of between 10cm and 17.6m. The latter, which is one of the largest TBMs in operation, is currently being deployed in Hong Kong.

The partnership between Gamuda and Herrenknecht over the last 15 years culminated in the creation of a variable density TBM, with the MRT1 having the distinction of being the first in the world to deploy this cutting-edge technology.

The variable density TBM came about after MMC Gamuda and Herrenknecht gained invaluable knowledge and experience from tunnelling through Kuala Lumpur’s complex geological formation during the construction of the SMART Tunnel in 2007.

The variable density TBM was built to tunnel through the transition between two geological formations — the Kuala Lumpur Limestone Formation and the Kenny Hill Formation — by switching between slurry and earth pressure balance modes, according to MRT Corp.

The TBM is also built for karstic limestone formations, using slurry of higher density and viscosity, and can minimise the risk of blowouts and sinkholes. MRT1 saw only one sinkhole during its construction, compared with the multiple sinkholes during the construction of the SMART Tunnel.

According to its founder and chairman of the board of management, Dr Martin Herrenknecht, the experience enabled the German company to undertake similarly complex tunnelling in France and Australia.

With Herrenknecht being the proprietary owner of the technology, did the experience mostly benefit the German company? Martin says MMC Gamuda also gained from the partnership as the experience and technological know-how have been imparted to its workers.

MMC Gamuda’s highly skilled workforce gives the company the edge when it comes to tenders for tunnelling jobs overseas, he adds. With Herrenknecht as its technological partner, Gamuda is confident of securing MRT jobs abroad.

“If you don’t train your people in your homeland in difficult ground conditions, you have no chance of exporting and building tunnels in Australia, or Vietnam, or Singapore,” observes Martin.

Meanwhile, Lin says Malaysia lacks the industrial capacity and capability to produce TBMs as it does not have the sophisticated and advanced industrial supply chain that industrialised countries such as Germany, Japan and China boast.

“We cannot produce TBMs like how they do in Germany. They manufacture the machines, from the driveshaft to the hydraulic system — all these different parts are outsourced to different suppliers. But they know how to put them together, they know how to cast them and make them better over time.”

Gamuda has some experience in developing MRT projects abroad. In 2002, the company was contracted to construct 3.86km of the 43km Kaohsiung Metropolitan MRT in Kaohsiung, Taiwan. The contract involved the construction of two parallel underground tunnels and two underground stations.

Over time, the company has gained more experience and know-how. As the project delivery partner for KVMRT1 and now as turnkey contractor for KVMRT2, Gamuda can be expected to bid for jobs overseas that are larger than its maiden effort in Kaohsiung.

Nonetheless, venturing outside Malaysia would pit it against the world’s best.

Hanoi’s first MRT line is being constructed by China Railway Group Ltd while Singapore and Australia can build their own MRTs and handle the tunnelling work.

“Our biggest asset is not just our staff and tunnelling crew but also the experience they have built up in the last 15 years, from the SMART Tunnel to MRT1 and now MRT2 as the turnkey contractor. That gives us a strong foundation to expand overseas.

“But each market will have its own challenges and we have to know how to cope with them,” says Lin.