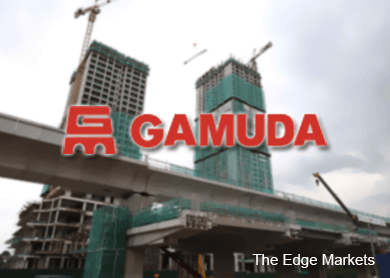 KUALA LUMPUR: Gamuda Bhd saw its net profit decline 9.83% to RM160.43 million or 6.81 sen per share for the third quarter ended April of financial year 2015 (3QFY15) from RM177.92 million or 7.74 sen per share a year ago, on completion of the electrified double-tracking railway project and a soft property market.

The group also declared a second interim dividend of six sen per share for FY15 ending July, payable on July 29, 2015.

In a filing with Bursa Malaysia yesterday, Gamuda said the electrified double-tracking railway project was completed in November last year.The group also noted that while the Malaysian property market has softened, its sales of properties in Vietnam improved in 3QFY15.

Going forward, Gamuda expects a good performance this year from ongoing construction projects, substantial unbilled sales of the property division, and steady earnings from the water and expressway concessions division.

Gamuda said work on the mass rapid transit (MRT) Line 1 at the end of May this year was 64% completed. "The installation of rail tracks is progressing, with 60% progress achieved."

The project is on target for phase 1 completion in December 2016 and full completion by July 2017, with no significant cost overruns so far, the group added.

Four MRT electric trains are undergoing testing at the test track in the Sungai Buloh Depot and by mid-July, a total of 10 electric trains will be delivered to the depot, the company said.

Gamuda said the underground works package has achieved a certified progress of 78% as at  end-May. Gamuda also said it will be launching two new projects by end-2015, namely HighPark Suites at Kelana Jaya, Petaling Jaya, and Bukit Bantayan in Kota Kinabalu, Sabah with a combined gross development value (GDV) of RM1.3 billion.

Projects in the planning stage include Seri Serai and Serai Springs township developments located at the intersections of the North-South Expressway, Guthrie Corridor Expressway and the Kuala Lumpur–Kuala Selangor Expressway; 1,530 acres (619ha) of development land located opposite the Cyberjaya/Putrajaya interchange along Expressway Lingkaran Tengah, and 257 acres of land which is adjacent to the Kota Kemuning township, the group said.

Gamuda said it is also preparing to launch its maiden project of a high-rise development in Melbourne, Australia with a GDV of RM400 million.