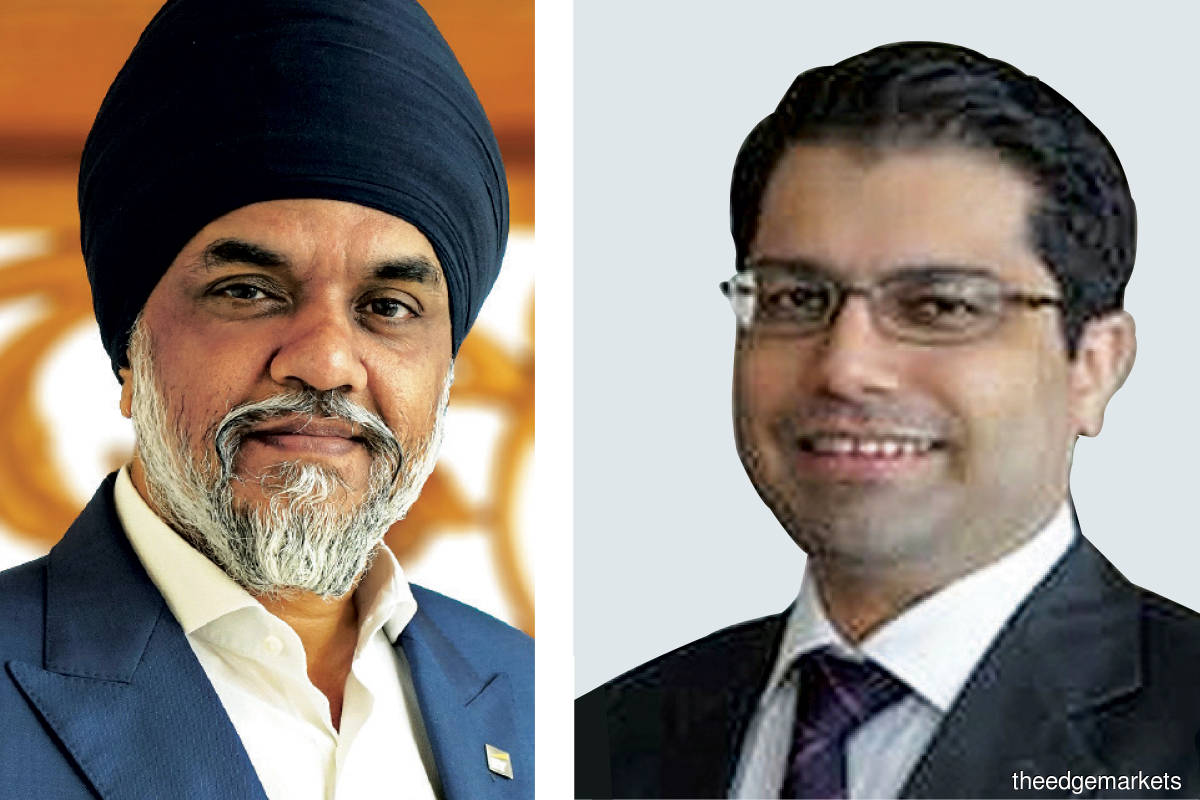 THE Group of Seven (G7) agreement on global tax reform presents an opportunity for Malaysia to revamp its tax system and enhance its position as an investment destination.

On June 5, the finance ministers of the most advanced economies backed a US proposal calling for corporations with global operations to pay a minimum tax of 15% on earnings to tackle aggressive tax planning by multinationals.

A global minimum tax is the basis of the Organisation for Economic Cooperation and Development’s (OECD) Base Erosion and Profit Shifting (BEPS) 2.0 Pillar Two proposal, which has received a significant push from the Biden Administration for its Made in America Tax Plan. Prior to that, the OECD had initially been tasked to formulate a 15-step action plan to tackle tax avoidance strategies by multinational corporations (MNCs) that exploit gaps and mismatching in tax rules to artificially shift profits to low or no-tax locations.

When finalised, the 15% minimum tax mooted by US Treasury Secretary Janet Yellen will represent a significant development in global taxation after the years-long conversation that began when developed markets realised that some of their home-grown technology giants were paying very little in taxes. “The BEPS 1.0 action plans were introduced  [in 2015] to tighten the tax rules with respect to cross-border tax planning and to provide for greater transparency and substance requirements, with the overall goal of addressing the perception that large corporations operating across multiple jurisdiction were able to  shift profits  to jurisdictions with low or 0% tax rates,” EY Asean and Malaysia tax leader Amarjeet Singh tells The Edge.

As Malaysia has long talked about reforming its tax system to be current and fit for purpose, the tax proposal is seen as a push towards a level playing field, he says. “With the available international guidance, Malaysia can borrow from international best practices as well as focus on the non-tax incentives the nation can offer and market to investors.”

Although the minimum tax rate of 15% has been discussed by the G20 and G7, Ernst & Young Tax Consultants international tax and transaction services partner Anil Kumar Puri points out that it is subject to change as certain countries are pushing for an even  higher rate, potentially as high as 21%. This will be debated further at the G20 level in July, he says. The G20 is an intergovernmental forum comprising 19 countries and the EU.

Digitalisation and the ‘race to the bottom’

With the digitalisation of the economy, many businesses are able to supply  goods and services from anywhere in the world, says Anil. Where commercially feasible, multinational groups will naturally set up high value functions and activities in their supply chains in jurisdictions with a low baseline corporate tax rate or which provide tax incentives. Since corporate taxes are generally imposed in the location where the supplier resides (and not where the customer is located, that is, the so-called “market jurisdictions”), this can result in low effective tax rates across the supply chain.

“There’s the [sense] that this has given rise to unhealthy tax competition  between countries, in what some finance ministers even term as ‘tax dumping’, with countries being pressured to reduce tax rates and offer tax incentives to attract investments,” he says.

“Unilateral digital taxes around the world can create complex technical concerns and complicate compliance. Second, it may result in double taxation,” says Anil. “If, for example, a Malaysian company makes digital supplies in Italy, the Italian tax authorities could  impose a 3% digital services tax on the company’s  revenue. However, this revenue is still reflected in the Malaysian company’s profit and loss statement and is subject to tax in Malaysia.

“Since the Italian tax is imposed on turnover, the Malaysian tax authorities may not allow any benefit or credit for it against the Malaysian tax payable. The company therefore ends up being taxed by both Italy and Malaysia on the same income.

“Complexity in the tax system and double taxation will also lead to more tax disputes, some of which may have to be resolved between tax authorities.”

The compliance and potential double-taxation costs could be significant where a group provides services to customers in multiple countries and has to comply  with different tax systems, rules and administrative processes. The only way that such a group can ensure compliance in a reasonable manner is to have sophisticated tax-sensitive IT systems that are reviewed and updated on a regular basis, which in itself adds to cost and complexity.

“The global minimum tax deal and  consensus of where to tax income are meant to provide a roadmap that can be adopted by every country and that should hopefully reduce confusion and complexity, avoid double taxation and mitigate cross-border tax disputes,” says Anil.

He points out that the OECD and G20/G7 proposals relate to direct taxation of the digital economy. Indirect taxes on digital supplies around the world, such as the Goods and Services Tax,  Value Added Tax and Malaysia’s Sales and Services Tax, will be maintained.

Minimum tax impact on Malaysia and companies with global operations

As to how the 15% minimum tax rule can benefit the national coffers and how Malaysia will react, Amarjeet says a global effort to introduce a minimum tax rate may reduce the pressure on Malaysia to provide full tax exemptions or offer low corporate tax rates to stay competitive. The key will be to ensure that any additional amount that can be collected from taxes is used to improve its foreign direct investment ecosystem. On the impact of the minimum tax rule on companies, Anil points out that MNCs with a genuine set-up in Malaysia for its good access to land, amenities and the competitively priced, multilingual labour force will less likely relocate because tax was not the impetus for its establishment in the first place.

“Companies that will be hit by [the global tax reform] are the ones with operations in multiple countries, especially those that operate in low tax jurisdictions. Countries that have more to lose are those that rely heavily on geographically mobile activities such as leasing, ownership of intellectual property or management services. They will have to review their structures to see if this new template fits their purpose,” he says.

As there will be an estimated four to five years before the minimum tax rule is implemented, there is still room for Malaysian companies to reconsider their decisions, especially if they have been granted incentives, says Anil.

“But certainly every company with global operations will need to think about this. Even if it is not about paying more tax, they have to consider how to comply with the new rules that are likely to be complex in terms of IT framework, accounting system and methodology to implement them,” he cautions.

Failure to comply with tax filing and payment requirements will result in penalties and potential reputational risk.

Amarjeet observes that US and European MNCs that have established a strong global presence already have centralised tax functions. Whereas the global presence of companies in Malaysia and other developing nations is fairly new, therefore their overseas subsidiaries tend to be managed independently.

“Generally, I don’t think Malaysian groups have been  aggressive with tax planning. Nonetheless, with the entire global group’s need for visibility of the tax position, these companies still need to think about whether their tax department is set up in the right way and with the right resources,” he says.

“[While] Malaysia is probably under pressure to reduce its corporate tax rate slightly to 20%-22%, this ongoing global tax debate allows Malaysia to relook its non-tax offerings for investors such as land and infrastructure, multilingual workforce, rent and utilities, and consider emphasising these strengths. As Malaysia is [already] competitive in terms of its pricing for rental, utilities and manpower, these too can be played up,” says Anil.

“We have not focused as much on those as we should have. Tax benefits can be on the back burner once [countries] are on a level playing field,” he adds.

It is hoped that more tax income can be raised from these measures, which can then be reinvested and channelled towards the improvement of the nation’s infrastructure, trading capability and talent pool.

Game changer for all

The 15% minimum tax deal will be a game changer for tax policies and rules globally, says Anil. “But first, we have to understand what investors really want outside of tax benefits. The ball has to start rolling now — not in five years’ time.”

For one, in place of 0% tax previously or a rudimentary framework for profits, companies and countries now need to rewrite their tax rules and apply global tax rules to domestic circumstances. Tax authorities, too, will need to consider whether they have the knowledge and understanding to cope with the “new normal”, he says.

Amarjeet points out that Malaysia’s priority will be to design and formulate its own incentives. “With the minimum tax rate, it may seem that there is no more incentive to put forward. But bear in mind that every country will be creative, therefore Malaysia, whose corporate tax rate is 24%, will have to work harder since it is up against Asean neighbours [whose rates are around] 20%. While that signifies our need for a more competitive rate, note that Malaysia still depends heavily on giving [tax] incentives.”

Second, the format in which incentives are given needs to change, he adds. For instance, with full exemptions or a concessionary rate of 10%, only profitable companies can enjoy the tax incentives. Once the G7 tax deal is implemented, and Malaysia is unable to extend the 0% tax rate, other countries may be more aggressive with non-physical incentives such as grants, which is an upfront outlay of cash.

“Grants are even more expensive than extending incentives, which convert to cash much later because companies in Malaysia [need time] to make profits before they can enjoy the tax exemption,” says Amarjeet.

That Malaysia wants to attract investments in the digital economy space means that its incentives must be attractive while complying with the new global tax rules.

“[Malaysia] has to consider alternative ways to be attractive as a [digital] hub. That could come in the form of better infrastructure, connectivity and grants. What Malaysian companies really need is the ecosystem of being connected to bigger players and getting funding support. That would be more focused for their growth,” he says.