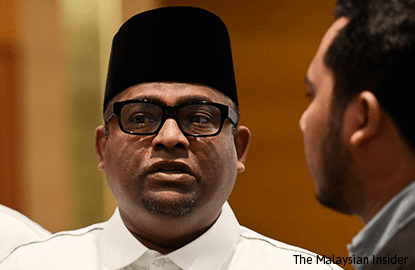 Azeez brushed off any talk of controversy, saying that the previous attorney-general had also been appointed to the boards of other organisations.

"The appointment was in January, it so happened there was one vacancy (on the board) and the power of appointment lies with the minister. I have no power and the board needed a legal practitioner," Azeez told reporters today, after announcing Tabung Haji's 5% dividend to contributors for 2015.

He said since Apandi was not receiving any payment for his Tabung Haji post, the matter was not an issue.

Former A-G Tan Sri Abdul Gani Patail had also been a company director, while holding his public office until his removal in July last year. He is on the board of wholly owned Minister of Finance Incorporated subsidiary, Sarawak Hidro Sdn Bhd.

Retired A-G Tan Sri Abu Talib Othman said he himself had been a board member of the Employees Provident Fund (EPF) and Securities Commission of Malaysia, while in office.

Abu Talib said there was no law preventing an incumbent attorney-general from holding such positions in a government statutory body.