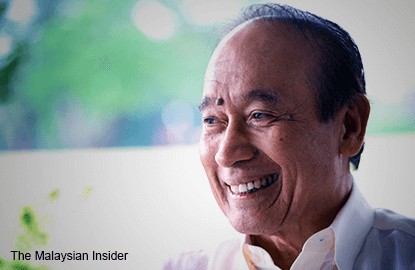 Talib told The Malaysian Insider that this was because the A-G had to consider the outcome of the probe from various angles.

"He has to look into all the evidence gathered and witness' statements to determine if a charge could be framed against a suspect based on applicable laws."

As such, he said, the public must be patient with the current A-G who has to go through the investigation papers submitted by the central bank which had probed into 1MDB, a government-linked company.

Talib said this in response to questions on how long it would take the A-G to decide on the investigations into 1MDB.

In a press conference recently, Bank Negara governor Tan Sri Dr Zeti Akhtar Aziz said its investigators had completed the 1MDB probe and had submitted the papers to the Attorney-General's Chambers (AGC).

She said the report to the A-G included recommendations for the appropriate enforcement action.

The central bank is among the enforcement agencies probing into 1MDB over allegations of mismanagement and graft. Others are the Malaysian Anti-Corruption Commission (MACC) and the police.

"In coming to any decision, the A-G is not bound by the suggestions of investigators," said Talib, who was A-G for 13 years until 1993.

Zeti had also refused to reveal the contents of the investigations, saying that the country's laws allowed the central bank to only reveal its contents to other enforcement and regulatory agencies involved in acting against 1MDB.

Former attorney-general Tan Sri Abu Talib Othman says the public must be patient with the current A-G, who has to go through the investigation papers submitted by Bank Negara on its probe into 1MDB.

She said Bank Negara started informal investigations a year ago into a "highly leveraged” entity to see whether it posed any risks to the financial system.

Zeti said the findings of its informal investigation led the central bank to forward some of its concerns to the respective authorities but she declined to offer other details.

1MDB had incurred debts of more than RM42 billion in its six years of operations. Prime Minister Datuk Seri Najib Razak is the chairman of the 1MDB advisory board.

In early July, The Wall Street Journal and Sarawak Report reported that up to US$700 million (RM2.6 billion) had made its way into Najib’s bank accounts through three 1MDB-related companies.

"The previous legal position that the A-G cannot be hauled to the court to scrutinise his decision has changed now. One can mount a judicial review to challenge the A-G's decision not to charge.”

Former prime minister Tun Dr Mahathir Mohamad, one the fiercest critics of 1MDB, had constantly said there were no answers forthcoming from Najib on the 1MDB scandal and the RM2.6 billion in his accounts.

"He had also dismantled the Public Accounts Committee and promoted some of them to the Cabinet which is a form of bribery," he had said.

He said police would not take action, so, too, the new A-G (Tan Sri Mohamed Apandi Ali).

"There is no more rule of law because he (Najib) has undermined the constitution and legal system of this country," Dr Mahathir added. – The Malaysian Insider