FY2023 a year of strengthening core operations for FM Global 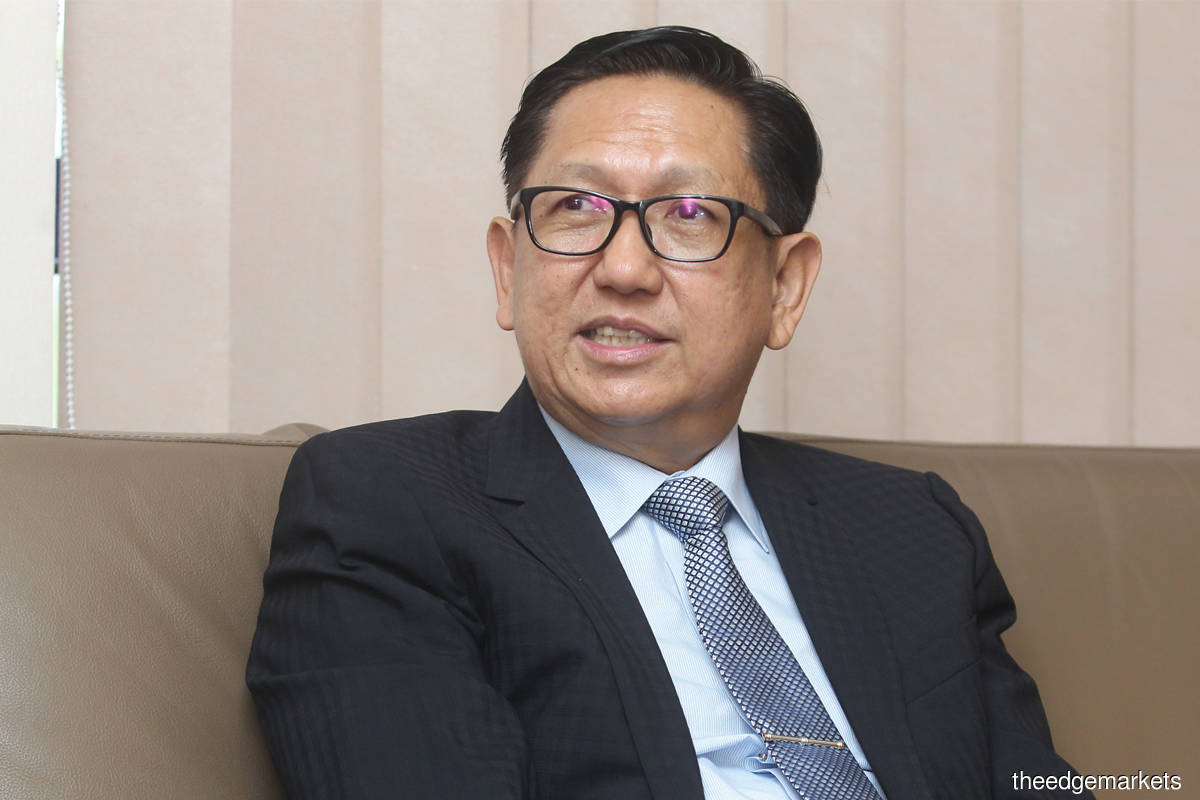 Chew: As long as volume increases, there will be an opportunity for us to grow our profits. (Photo by Mohd Izwan Mohd Nazam/The Edge)

Despite pockets of normalised trade flows on selected shipping trade lanes, container freight rates are expected to stay high in the near term, he adds.

Throughout the last two years, Covid-19-related lockdowns and a surge in consumer demand have led to congestion at major ports, cargo delays and a global shortage of shipping containers. These in turn have led to higher transport costs.

Congestion at US ports ought to be improving, but that hasn’t happened, Chew says. And all eyes are now on Shanghai’s reopening after two months of lockdown, which may unleash another wave of pent-up demand and trigger a new round of supply chain disruptions, he says.

“There is a return to some normalcy on some trade lanes. At one stage, for example, we were finding it hard to get cargo space to the Port of Ho Chi Minh City, but the situation has improved as shipping lines deployed new port rotations and extra ships,” Chew tells The Edge in an interview. Chew and his wife Gan Siew Yong, who is an executive director of FM Global, collectively owned 28.51% of the company’s shares as at Aug 23, 2021.

“Perhaps freight rates would drop several percentage points from current levels, but it is unlikely to return to 2018/19 levels, at least not in the near future. Also, each market is different. Freight rates to Asia did not jump as much as to the US from Malaysia. For example, the price of shipping a 40-foot container from Malaysia to the US increased to about US$15,000 and above during the pandemic and it has largely remained the same today.”

Still, the fluctuation in freight rates does not have a big impact on FM Global’s margins, given that freight forwarders can pass the costs to consumers.

“Unlike shipping lines, it does not matter to us whether freight rates are high or low, but rather what rates we get from shipping lines and how we can combine them with our services such as trucking and customs brokerage [to provide customers a one-stop-shop solution],” Chew says.

Rather, the freight operator is a key beneficiary of higher cargo volumes. “As long as volume increases, there will be an opportunity for us to grow our profits.”

Gearing up to let the good times roll

Despite the headwinds from supply-chain disruptions, FM Global expects extraordinary cargo volume from pent-up demand to keep its earnings lifted. The multimodal freight services provider is in the strongest financial position in its history, registering the highest net profit of RM27.04 million in the financial year ended June 30, 2021 (FY2021), up 124% from RM12.05 million in FY2020. It is set to enjoy another record-breaking year, given that its net profit for 9MFY2022 has already exceeded its full-year FY2021 net profit.

In 9MFY2022, FM Global reported a 79% year-on-year increase in net profit to RM33.02 million and a 53% y-o-y jump in revenue to RM819.14 million. This was driven by increased business activities from both Malaysian and overseas operations.

A Bloomberg consensus estimate of analysts projects the group to post a net profit of RM42.75 million in FY2022.

However, FM Global’s shares are down 32% so far in 2022 despite the improved performance in FY2021 and 9MFY2022. It closed at 58.5 sen last Thursday, which translates into a market capitalisation of RM323.97 million. Bloomberg data shows the stock trading at 7.6 times its projected earnings in FY2022 and 7.8 times projected net profit for FY2023.The concern among some investors is that the company is vulnerable to a pullback in demand, but Chew expects cargo volumes will remain high, supported by a continued rebound in post-pandemic global trade flows, as producers who had slashed output during the throes of the pandemic resume their manufacturing activity given lower freight charges. And with pent-up demand from China, it’s hard to envision that scenario playing out in the near term, he says.

“The volume recovery is not back in full swing yet as the domestic economy is not back to where it was in 2019. In fact, all economies in the world are still recovering from the pandemic,” he adds.

FM Global is also looking to start with a clean slate by FY2023 as it has been actively exiting non-profitable businesses, such as its investment in Singapore-based TCH Marine Pte Ltd and retail operations.

“In the past, we had some legacy businesses which we managed to free ourselves from over the years,” he says, noting that at one stage, the share of losses from TCH had dragged down the group’s profits by RM2 million to RM3 million a year.

Reaping the fruit of overseas expansion

Going forward, the group expects to reap the fruit of a solid foundation laid out since its listing on Bursa Malaysia in February 2005, says Chew.

FM Global has a presence in all Southeast Asian countries except Myanmar and Cambodia, as well as in Australia, India, Dubai and Sri Lanka. It recently acquired three US freight forwarders, collectively known as IOS companies, for US$2.2 million (RM9.2 million).

“No doubt we are a Malaysian home-grown logistics company, but we have gradually focused on our expansion, primarily in Southeast Asia. We also acquired a group of companies in the US last December, albeit not a big one, but it gives us the opportunity to tap into the vast US market,” Chew says.

The group is expecting the IOS companies, which have established forwarding businesses and customs brokerage licences in the US, to provide an immediate pre-tax profit contribution of about RM2 million to the group in FY2022.

“This [going international] will be the direction that we will take moving forward because you cannot ignore the global economy. No doubt we have a good foundation here, but if you look at Thailand, Vietnam, the Philippines and Indonesia, they are much bigger markets than what we have here. There is a lot of potential to accelerate our business there,” he adds.

Earnings will continue to be driven by sea freight, air freight and land freight services, which account for at least 70% of the group’s gross profit, followed by third-party logistics (3PL), warehousing and distribution at 12%. In 3QFY2022, sea freight accounted for about 70% of gross profit whereas air freight stood at 7%.

“Our focus is to continue to push for greater growth amid the disruptions happening in the shipping industry such as the reduction in the number of shipping companies. I believe we have to encompass the whole supply chain in order to succeed. We can’t be purely a domestic player, neither can we just focus on the international market.

“Nowadays, people are looking for solutions. If you have your own office, they feel that the trustworthiness is there compared to working with a third party,” says Chew.

For one thing, FM Global is keen to expand its footprint to other parts of the US and Australia via an acquisition or a joint venture.

Chew notes that the low gearing levels give the group room to seek more bank borrowings should it need to raise additional capital for acquisitions.

While the company will continue to expand its market presence by establishing offices in other countries, Chew notes that it is even more important to strengthen its existing overseas operations to improve its operational efficiencies.

“To me, Southeast Asia is still the best emerging market for us to concentrate on. It is the perfect place for us to launch a good regional brand. In fact, for all our offices that we established where we control, our branding is FM Global Logistics. But we are in no rush to expand our presence to Myanmar and Cambodia,” he says.