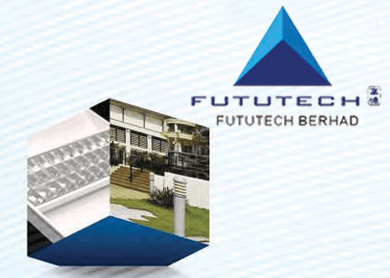 KUALA LUMPUR: Property developer and builder Fututech Bhd said it will stay focused on high-rise developments which offer higher margins, with its maiden serviced apartment project planned for launch in Gohtong Jaya, Pahang, by the fourth quarter of this year.

"All the units are fully furnished. The average selling price starts from RM700 per sq ft," he said after the group's annual general meeting yesterday.

To date, some 30% of the units have been booked by interested buyers.

"The piling and foundation works have been completed and the soft launch will take place next month," said Tee, adding that house buyers can expect some value adds to their purchases as the Genting Premium Outlets will be located in the adjacent area.

Fututech is also targeting to launch 349 condominium units in Monterez Golf and Country Club, Shah Alam by the middle of 2016, which will have a GDV of RM200 million.

On Fututec's proposed acquisition of construction outfits Kerjaya Prospek (M) Sdn Bhd and Permatang Bakti Sdn Bhd from its major shareholders including Tee for RM380 million, Tee said: "We are still in the midst of completing the deal and expect it to be concluded by September this year."

"Post-completion, we will see the construction segment contributing substantially to the group's revenue as the proposed acquisition will bring in about RM2.3 billion of construction order book to Fututech," he added.

Currently, Fututech has RM130 million worth of contracts in hand. Kerjaya Prospek is tendering for RM1.8 billion worth of new projects in addition to the RM2.3 billion that have been secured, with its key markets in Penang, Johor Baru and the Klang Valley.

It is learnt that most of Kerjaya Prospek's jobs are from renowned property developers such as Eco World Development Group Bhd,

On whether Tee is considering injecting his other private properties into Fututech, he did not discount the possibility but stressed that it would not happen soon.