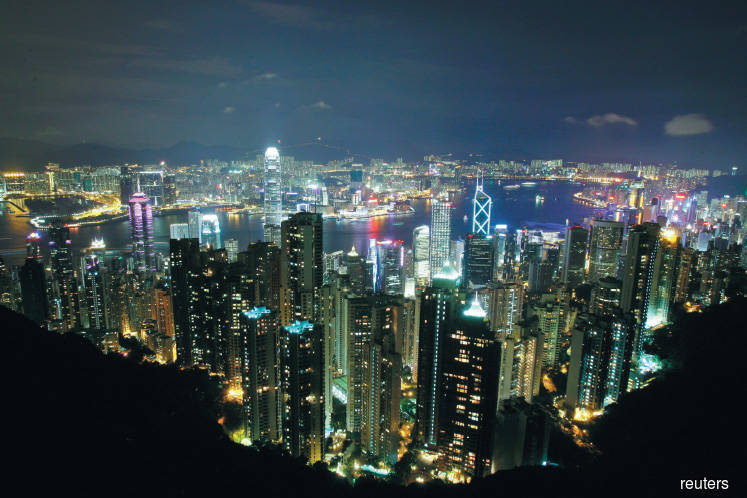 General view of Hong Kong ... the Hong Kong government launched the initial public offering of the city’s first ETF — the Tracker Fund of Hong Kong — way back in 1999 The government and regulators should play a key role in pushing for the growth of the local exchange-traded fund (ETF) industry. This top-down approach, practised by several Asian countries, would have a significant impact on the industry, says David Quah, managing director of quantitative investment solutions at Value Partners Asset Management Malaysia Sdn Bhd.

He tells Personal Wealth that one of the ways the government and regulators can encourage the growth of the local ETF industry is to urge institutional investors such as government-linked investment companies (GLICs) to invest more in locally listed ETFs. GLICs include pension funds and sovereign wealth funds.

Quah says this would translate into a meaningful increase in the assets under management (AUM) of the ETFs, making these commercially viable products. “The management and operational costs of ETFs are fixed and sometimes can be quite high. Meanwhile, the annual management fee that these funds charge is generally low at 0.5%. Fund managers cannot earn much if the AUM is small. Fund houses are not incentivised to launch more ETFs if these products are not generating income.”

As at June, the AUM of the local ETF industry was about US$400 million compared with US$64 billion in Hong Kong, he adds.

Quah says a top-down approach is necessary for the local ETF industry to grow. That was how other Asian countries such as Hong Kong and Japan grew their ETF markets over the years.

“Before the listing, the Hong Kong government held huge marketing events and campaigns on radio stations and television to promote the fund. It also offered the public a 5% discount to invest in the fund.

“To encourage long-term holdings, it announced a 5% loyalty bonus for investors who hold on to the ETF units for a year. So, if you bought 1,000 units and kept these for a year, you would receive another 50 units.”

As a result, about 200,000 investors subscribed for the ETF units and the industry started on a good note, he says. The Hong Kong government has continued to support the ETF industry and the public has had a good impression of ETFs, he adds.

“A top-down approach is also implemented in Japan, which has the largest ETF market in Asia. Its ETF industry has grown so big because the Bank of Japan bought into ETFs when the Japanese government implemented its quantitative easing policy,” says Quah, adding that about 60% of the Japanese ETF industry’s AUM today is held by the central bank.

Quah was speaking to Personal Wealth on the sidelines of the recently held International Institutional Investor Series (IIIS) 2019 organised by the Malaysian Association of Asset Managers. He was one of the panellists at the session, “Active vs passive fund management: Has news of the death of active investing been exaggerated?”

Product innovation is another key factor that could spur trading activity in the local ETF market and increase its AUM. This has been observed in South Korea’s ETF market, says Quah.

The launch of inverse and leveraged ETFs in South Korea has contributed to higher participation of retail and institutional investors in the ETF market, he says. “South Korean retail investors who tend to be more speculative used to think ETFs were not exciting. But leveraged ETFs have got them interested in the financial instrument.

“Meanwhile, its institutional investors have been putting money into inverse ETFs to hedge their investment positions. The country’s rules and regulations do not allow them to trade futures, but the inverse ETFs provide them with indirect access to these instruments.”

Julian Liu, chairman of Yuanta Securities Investment Trust Co, points out that the first inverse ETF was listed on the Korea Exchange in 2009 and that has increased to 83 after 10 years. Today, one in five ETFs listed on the exchange is an inverse or leveraged ETF. Yuanta is Taiwan’s largest securities firm and a pioneer in its ETF industry.

Liu says inverse and leveraged ETFs have changed Korean investors’ perception of these products. “Previously, investors could only choose alpha or beta. But now, they can have two-beta [via a leveraged ETF that provides two times the performance of an index) or negative two-beta [via an inverse ETF that provides two times the opposite return of an index] investment strategies.”

Investors used to see ETFs as passive, long-term and unexciting instruments. However, the inverse and leveraged products have added a different flavour to the industry, says Liu, who spoke to Personal Wealth on the sidelines of the IIIS forum, where he spoke on “Taiwan’s Experience of Innovative ETF Development”.

Quah and Liu say local investors could expect such a trend to take place in Malaysia going forward as the Securities Commission Malaysia (SC) announced in January that it would allow the issuance of a more diversified range of ETFs in the market, including inverse and leveraged ETFs.

In May last year, Kenanga Investors Bhd announced its collaboration with Yuanta and its plan to introduce inverse and leveraged ETFs in the local market. Six months later, Affin Hwang Asset Management Bhd announced that it had entered into a strategic partnership with Samsung Asset Management (Hong Kong) Ltd, with the intention of developing inverse and leveraged ETFs for the Malaysian market.

Quah says Value Partners is planning to launch an “innovative ETF product” by next year. “We cannot disclose what the product is yet, but it will be different from what the others are offering.”

Ismitz Matthew De Alwis, executive director and CEO of Kenanga Investors, is positive on the outlook for the local ETF industry following the SC’s announcement last year to allow a greater variety of ETFs to be listed on the local stock exchange. According to the announcement, investors could expect to invest in products such as synthetic ETFs, physical commodities ETFs and smart beta ETFs in the future.

Synthetic ETFs are designed to replicate the performance of an index using derivatives and swaps instead of physical securities. Smart beta ETFs have an alternative weighting strategy instead of the traditional market capitalisation-weighted one.

De Alwis says the awareness of ETFs has remained low since the launch of the first passively-managed fund in the country in 2005. This could be due to a lack of publicity. “Many people still do not know about ETFs or know how to use these as part of their investment portfolio,” he adds.

He says more marketing events and campaigns by industry players and regulators are needed to increase investor awareness of ETFs. It is only a matter of time before ETFs and low-cost investing become more mainstream in Malaysia, he points out.

“With technology and a growing number of ETFs listed on the local exchange, investors will increasingly invest in these products. Instead of buying into just one ETF, they would buy into a basket of ETFs to form a portfolio, just like what