FT Islamic council to intervene in dispute over ‘Allah’ CDs 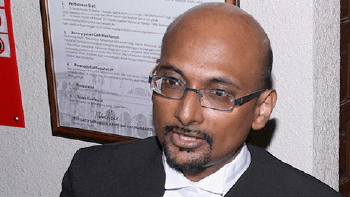 Court documents sighted by The Malaysian Insider revealed that MAIWP wanted to be made a party to the Court of Appeal proceedings as it wanted to assist the court on constitutional and Islamic matters.

Lawyer Annou Xavier, part of the legal team representing Ireland, confirmed that the council had served a notice last Wednesday of its intention to intervene in the case.

However, The Malaysian Insider understands that lawyers for Ireland, a Melanau clerk, would likely oppose the council’s request on the grounds that it did not have any legal interest.

Judge Datuk Zaleha Yusof last July ordered the return of the CDs to Ireland, who had brought them in from Indonesia, but Putrajaya managed to obtain a stay to retain them on grounds of public interest.

In 2008, home ministry officials confiscated the CDs from Ireland at the then Low-Cost Carrier Terminal in Sepang after she had disembarked from a flight.

She also asked for a declaration, saying that she had a legitimate expectation to exercise the right to use the word “Allah” and to continue to own and import such materials.

Ireland’s legal team argued that the case was not about Christianity against Islam, but about her constitutional right as a bumiputera Christian.

Putrajaya submitted that the minister had exercised his power under the Printing Presses and Publications Act 1984 to withhold the material if it was likely to be prejudicial to public order.

Meanwhile, Ireland also filed an appeal against the High Court decision which failed to address her constitutional right to use the word “Allah”, as the court only ordered the CDs to be returned to her.

Xavier said yesterday the constitutional issues that would be raised are the position of Islam as the religion of the federation, the supremacy of the Constitution, the right to profess and practise one’s religion subject to limitations imposed, and the right to religious education.

Constitutional lawyers said Ireland’s cross-appeal could be used to revisit unresolved issues that could not be argued in the case involving the Catholic weekly Herald.

That case came to an end recently on Jan 21, after the Federal Court dismissed a review application by the Catholic Church to use the word “Allah” in the newsweekly.

The word “Allah” is widely used by the Christians in Sabah and Sarawak and the church argued that the ban on its use is a violation of freedom of religion. — The Malaysian Insider

This article first appeared in The Edge Financial Daily, on February 9, 2015.