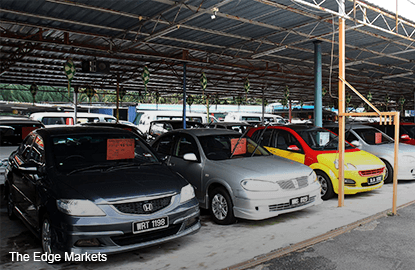 The firm's mobility team told a media briefing today that it foresees vehicle sales to rise to 586,200 units in 2017.

The Malaysian Automotive Association is scheduled to release its 2016 full-year vehicle sales figures tomorrow. As of November 2016, the total industry volume (TIV) stood at 515,293 units.

"With the expected stabilisation of crude oil prices this year, Malaysia's economy is expected to recover from the market slowdown that it witnessed in 2015 and 2016," said Frost & Sullivan's automotive and transportation unit vice president Vivek Vaidya.

"We expect the ringgit to stabilise, which is something that will trickle down and bring stability to prices of imported vehicles and components. [This in turn] will lower car prices, increase purchasing power and drive sales of passenger vehicles," he added.

Frost & Sullivan is not alone in projecting a rise in Malaysia's TIV for 2017.

MIDF Research has forecast the TIV to rise to 589,003 units whereas HLIB Research and Kenanga Research foresee the TIV to grow to 600,600 units and 610,000 units respectively.