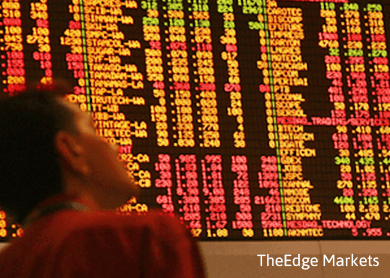 KUALA LUMPUR (June 25): Frontken Corp Bhd saw its share price fall as much as 2 sen or 7.14% to 26 sen today, after its single largest shareholder Dr Jorg Helmut Hohnloser sold off his entire stake in the integrated engineering solutions provider.

In a filing with Bursa Malaysia yesterday, it was revealed that Hohnloser had disposed of 290.99 million shares, representing a 27.78% stake in the company on June 23 through a married deal in an off-market transaction.

Hohnloser, a German, remains as a non-independent non-executive director of Frontken.

With the stake disposal, Lembaga Tabung Haji is now the largest shareholder in Frontken with a 4.91% stake.

Frontken shares have been gaining investors' interest of late, peaking at a five-year high of 32 sen on May 19, 2015 on news that Apple Inc had awarded nearly a third of its A9chip orders to Taiwan Semiconducting Manufacturing Co (TSMC).

Taiwan-listed Ares Green Technology Corp, in which Frontken has a 57.92% stake, counts TSMC as one of its clients.

As at 4.25pm today, Frontken (fundamental:2.2; valuation:0.9) shares were still trading at 26 sen, with 40.6 million shares changing hands and a market capitalisation of RM283.09 million.