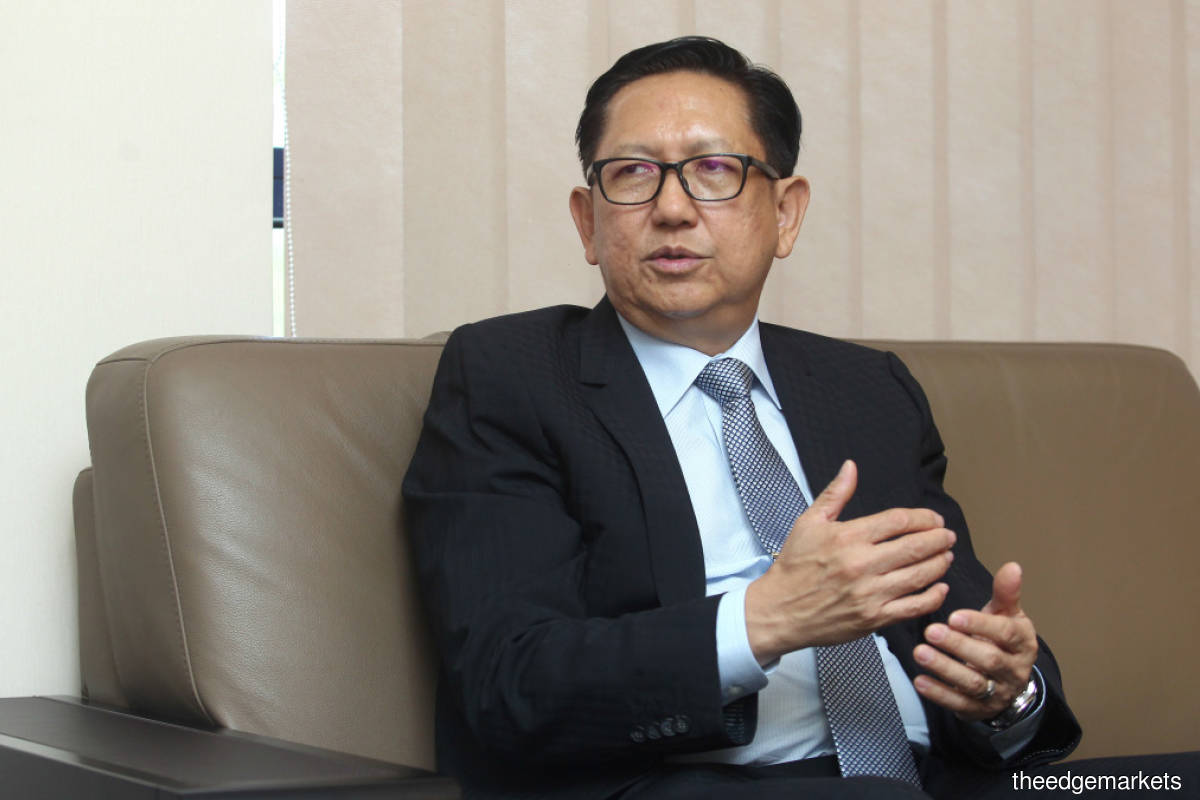 FREIGHT Management Holdings Bhd (FM) does not want to be too Malaysia-centric, especially when bigger markets beckon.

The home-grown freight management company, which offers services to transport goods by sea, land and air, is looking to further strengthen its presence in Southeast Asia and other international markets of significance to its business.

“It’s important to stress that we’re not just a Malaysia-centric company even though this is where we started and grew the company. We’re established in Southeast Asia and have offices in Thailand, Vietnam, the Philippines and Indonesia. We’re also in India, Dubai and Australia,” group managing director Chew Chong Keat says in a recent interview with The Edge.

“These are big markets and it is important for FM to focus on our overseas offices — enhance the operations and build up the business segments.”

Since 2005, FM has worked hard to break into the international freight services scene and establish a name for itself in Southeast Asia.

After 15 years, Chew thinks it is time to set a clear direction for the company’s next phase of growth even though 2021 may continue to be fraught with uncertainties. It has always been FM’s intention to expand and replicate the services it offers in Malaysia in other countries that it operates in, he says, stressing that now is the time.

About 70% of the group’s revenue is derived from Malaysia and 30% from its international markets, but Chew is aiming for 50:50, and to achieve it within five years.

“Population-wise, Malaysia has about 30 million people, but every other neighbouring country besides Brunei and Singapore has a bigger population than us. That is why we have to put more focus on the offices that we are in regionally.”

FM has an office in Los Angeles, having ventured into the US several years ago. However, Chew says, growing the business is difficult as the US is a tough and fragmented market.

It is considering a “strategic fit” acquisition as one of the ways to enhance its presence in the US, but nothing has been firmed up, says Chew, whose 24.06% stake in FM makes him the largest shareholder.

At the same time, FM does not intend to neglect the Malaysian market as the logistics sector is estimated to be worth RM200 billion. “However, the industry itself is highly fragmented. So, we do have a chance of gaining market share locally. The market is also still expanding, with container throughput growing 5% to 10% every year,” he says.

FM recently reported a 20% improvement in net profit to RM5.75 million for the first quarter ended Sept 30, 2020, on the back of a 7% rise in revenue to RM148.68 million. The company declared an interim dividend of one sen for the first time during this quarter.

Chew attributed the improved earnings to FM’s sustaining its freight volume, which dipped only 2% year on year.

An advantage FM enjoys is that its customer base is spread out across various sectors, mitigating single-customer risk. While some of its customers — the retail trade segment, for instance — are in a trough, others are doing better than before, judging by the number of orders, says Chew.

“The fact that it (freight volume) shrank only 2% was comforting,” he says, adding that the worst is likely over, based on comments by the World Trade Organization and International Monetary Fund of a rebound next year.

“That means that our core activity — volume-wise — shouldn’t be shrinking anymore. So, even if the volume stays flat, if we can improve on other segments and reduce losses from other areas, we will be looking at a better year this financial year,” he explains.

FM has also managed to exit its loss-making investment in the tug and barge business, held through a 49% stake in TCH Marine Pte Ltd. This should help lift earnings going forward.

“It happened only in November, when we disposed of our shares in the associate company. There are still some assets with us that we are in the midst of disposing of. As part of the exit process, we took over two sets of barges. That is okay because we have plans to resolve that, where we either charter them  out or we sell them. So there is no more major financial impact on us from that aspect,” says Chew of the segment that incurred a RM1.95 million loss in FY2020.

He is cautiously optimistic that first-quarter earnings can be sustained for the next three quarters. While much remains uncertain in 2021 because of the pandemic, he does not discount a recovery.

“Logistics as a sector should at least track growth of gross domestic product (GDP), if not more. It usually grows 1.5 to 2.0 times the economy’s growth,” he says, adding that FM aims for the 20% earnings improvement in the first quarter to be sustained for the rest of the year.

FM’s share price has gained 33.6% since the beginning of the year. It closed at 81.5 sen last Thursday, valuing the company at RM227.5 million. Based on its share price of 81.5 sen, the company’s forward price-earnings ratio stands at 11.64 times.