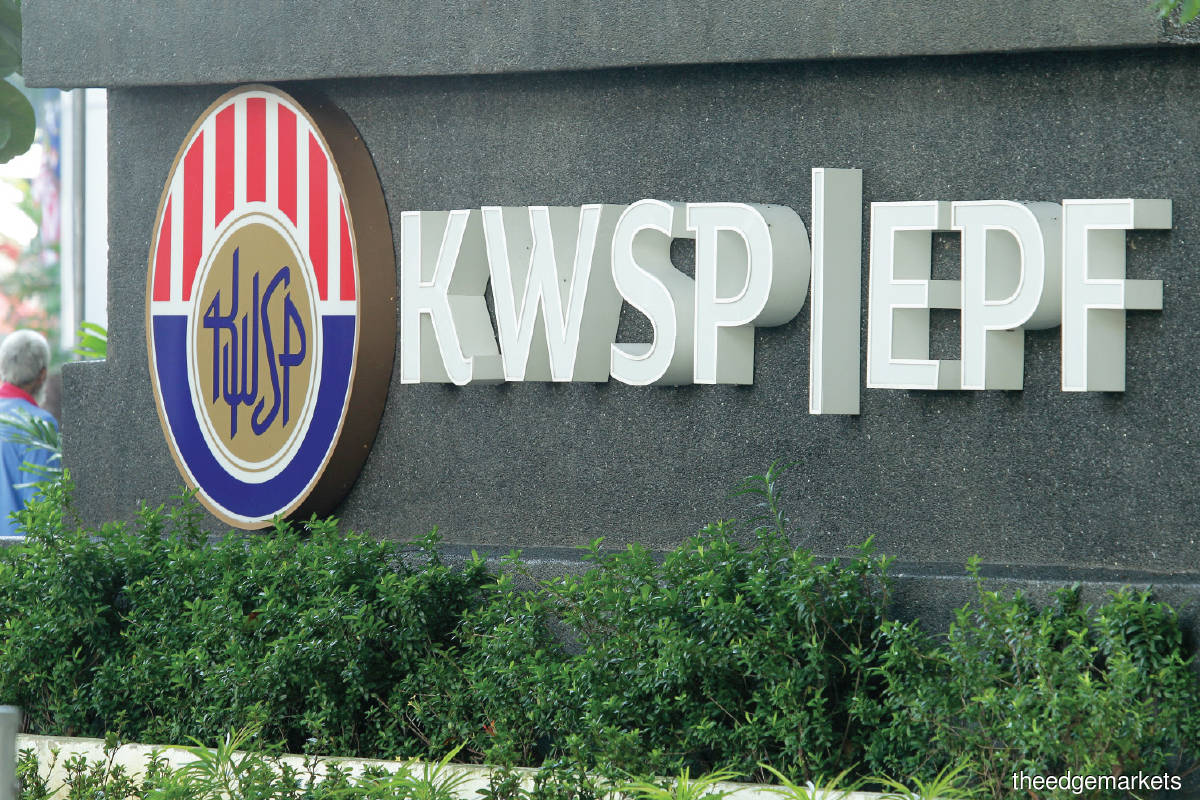 THERE was a good chance of the Employees Provident Fund reaching RM1 trillion in assets this year, had it not been for the Covid-19 pandemic and economic hardship that nudged the government to allow the unprecedented withdrawal of funds that were previously off limits until members reach age 55.

For those who do not need to withdraw money from their EPF accounts, one key question is likely whether a smaller fund size would mean a higher return on investment and higher dividends. Would the reverse be true?

The short answer is that there will likely be some short-term impact and the extent of the hit will depend on just how much the unprecedented Covid-19-related withdrawals reduce the overall fund size and disrupt the provident fund’s investment operations.

Over the longer term, however, EPF savings are guaranteed by the federal government and members will continue to enjoy the power of compounding interest when the pace of withdrawals normalises over time.

Even without the Covid-19-related withdrawal facilities, net inflows into EPF — which averaged RM1.7 billion a month pre-Covid-19 — is likely to have fallen with a number of private sector wage earners furloughed and seeing salary reductions with Malaysia’s economy contracting 5.6% last year. Data on monthly inflows and outflows from EPF is no longer available on the central bank’s website.

As end-2019, EPF was already holding 30% more cash than in 2018 “to meet members’ withdrawal, administrative expenses and investment usage”, while optimising returns from its holdings of money market instruments, according to its 2019 annual report.

EPF would need to hold more cash as well as more liquid assets such as money market instruments, which provide the least amount of returns among its investment asset classes at 3.78% in 2019 compared with equities (7.08%), loans and bonds (5.44%), real estate and infrastructure (4.89%) and Malaysian government securities and bonds (4.59%).

At the time of writing, there was no telling how much savings meant for retirement would be prematurely withdrawn in total by members via the i-Sinar Account 1 facility, which started out being open to only 600,000 members when first mentioned in the tabling of Budget 2021 last November, but was extended to all who apply, without conditions (subject only to one’s Account 1 balance), on Feb 11. EPF has 14.59 million members, of whom 7.63 million are actively contributing. Clarity on this could help other members make better informed decisions on their savings.

EPF’s outgoing CEO Tunku Alizakri Raja Muhammad Alias has openly resisted the Account 1 withdrawals, citing longer-term consequences on the members’ retirement pool. He had previously said that more than two-thirds of members have less than RM50,000 saved up by age 55, which translates to only RM208 a month if one lives for another 20 years post-retirement.

Alizakri has been with the organisation for seven years, 2½ years of which have been in his current position, and will be “continuing his contribution towards public service in a different capacity”.

His last task at EPF may well be the announcement of the 2020 dividend. The good news is that even members who took out money last month will be entitled to the dividend, even though the rate has yet to be declared, given that the provident fund pro-rates dividends according to the period during which the money is saved.

The dividend announcement is slated for end-February, according to the Ministry of Finance’s Laksana report dated Feb 18 when providing an update on the controversial i-Sinar Account 1 withdrawals. The removal of conditions for i-Sinar, to make it easier for members to withdraw from their Account 1, is expected to help the people alleviate some challenges due to the Covid-19 pandemic, says the report.

Some RM18.5 billion has been released to 3.3 million EPF members since applications opened last December, according to the EPF statement dated Feb 18, without mentioning the number of applications it had received and the total withdrawal amount asked.

On Jan 6, EPF said it had received 3.88 million applications for i-Sinar and had approved 2.5 million applications totalling RM19.62 billion, with the first month’s payout of RM10.07 billion being made in stages starting Jan 5. Between April 2020 and Feb 5 this year, about 5.12 million EPF members had also withdrawn a total of RM16.96 billion via the i-Lestari Account 2 facility.

EPF should be able to pay a dividend of at least 4%, and there is even a chance of it beating the 5.45% it paid members with conventional savings in 2019. The dividend for its conventional savings could be between 4.9% and 5.5% this year if its investment income in 4Q2020 matches at least its lowest quarterly net investment income in the first three quarters of 2020. That’s based on The Edge’s estimate that EPF would need about RM9.2 billion to pay 1% of dividend for 2020, based on the fund’s growth trajectory the past decade. That’s up from RM8.5 billion in 2019 when EPF declared a total of RM45.8 billion in dividends when paying 5.45% to conventional savings and 5% to shariah savings. While EPF needs to rebalance its portfolio to cater to the higher pace of withdrawals, something the fund has been preparing for since March last year, the provident fund’s portfolio should still have a sizeable pool of assets that provide consistent and steady income streams. This is given its need to focus on capital preservation.

In 2019, about RM21.6 billion or 55% of EPF’s gross investment income came from interest and profit from investments that gave steady income streams, up 8% from RM20.02 billion in 2018, according to data in its annual report.

“The growth of investment income from interest, profit and dividend was mainly driven by the increasing EPF investment asset size,” said the provident fund.

In 2019, the RM1.75 billion or 100% year-on-year jump in capital gains from disposals were seen from higher capital gains from its bond portfolio due to the drop in yields across the globe, especially in the US and Malaysia. This is likely to have continued in 2020, going by the data released in the first three quarters of the year. But it may not continue this year given that yields are no longer falling like before.

While a bigger fund size means a greater threshold to pay every 1% of dividend, a smaller fund size may not necessarily equal a better chance of getting a higher return on investment (ROI). The gross investment income for 2019 reflected an ROI of 5.71%, its lowest since at least 2011 amid a challenging market landscape that saw much lower returns from equities and a much larger total portfolio, though the three-year annualised ROI was still commendable at 6.53%, owing to higher returns achieved previously.

EPF is also reaping the benefits of its diversification overseas, which began in 2006. ROI was also higher for foreign investments at 7.78% compared with 4.9% from domestic investments, with returns from overseas assets contributing 41% of gross investment income in 2019 while making up only 30.3% of total assets at the end of that year.

Just how well EPF does in 2021 could hinge on just how well it is able to attain better returns from its equity investments. In 2019, income from equities fell about one-fifth from 2018 but remained a significant contributor to gross investment income at 47% or RM24.11 billion. ROI from equities was 7.08% in 2019, down from 9.74% in 2018 when equities brought in 57.6% of gross investment income while making up only 39.1% of its portfolio.

EPF admits as much. “Equities will continue to play an important role in boosting the overall returns of EPF’s investment portfolio, which ensures that our first investment objective, ‘to preserve and enhance the value of capital from members’ contribution’, is achieved.”

For members who have little choice but to tap into their retirement savings to meet their immediate needs, policymakers will need to step up efforts to build a wider social safety net to reduce the possible social unrest that could ensue when the society ages.

Already, The Edge’s back-of-the-envelope calculations show that tiered dividends — even if policymakers decide to implement it down the road — may not be able to provide as significant a boost to enough people with every dollar of returns getting harder to earn and with lower income earners more likely to have depleted their savings from the Covid-19-related withdrawals. This can already be seen when comparing data for 2018 and 2019. While that is good news for higher savers, who are likely to lose out, it also means policymakers will need to think harder about better solutions before it is too late for too many.