Frankly Speaking: What a mess 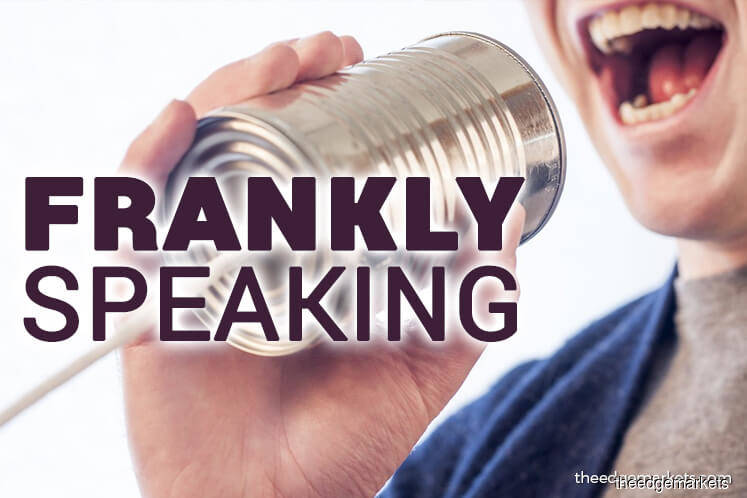 It wasn’t too long ago that members of the current government, who were in the opposition until recently, mocked former prime minister Tun Abdullah Ahmad Badawi for his tendency to make U-turns on government decisions, or flip-flopping.

But the tables are now turned with the contradictory statements on the purported cancellation of the East Coast Rail Link.

In early January, Prime Minister Tun Dr Mahathir Mohamad said the ECRL project, which was suspended last July, could resume on a smaller scale if China agreed to it.

A day later, Mahathir said he was not aware if the RM81 billion project had been terminated.

A few days later, Economic Affairs Minister Datuk Seri Mohamed Azmin Ali said the cancellation of the ECRL was due to the high annual interest of at least RM500 million that the country would have incurred.

But Finance Minister Lim Guan Eng expressed shock at Azmin’s statement, saying the latter was not present at the latest Cabinet meeting and may not have been informed of Mahathir’s decision.

Later on in the week, Lim said the Cabinet had decided that only Mahathir would make announcements on the ECRL.

And if that were not enough, Deputy Prime Minister Datuk Seri Dr Wan Azizah Wan Ismail weighed in as well, saying she would find out what happened at last week’s Cabinet meeting.

What’s going on with this Cabinet?