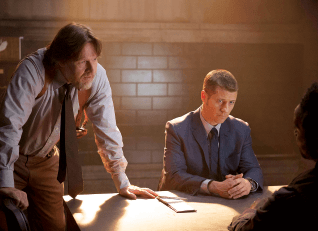 Since premiering last September, Gotham has certainly earned its spot in the Fox 2015-2016 line-up. The investigations of the young Gordon, played by Ben McKenzie, have attracted 10.6 million American viewers per week, according to the live +7 rating.

Lee Daniels’ musical series Empire starring Terrence Howard has also been picked up for its second season. The news comes just two weeks after the show’s premiere on Jan 7, which attracted 9.9 million viewers. Interestingly, the second episode achieved an even larger audience, with 10.3 million, a rare occurrence.

Brooklyn Nine-Nine will also return to the network during the 2015-2016 season, mainly thanks to its strong critical reception. For its first season, the police comedy won the 2014 Golden Globe Award for best comedy series, and its star Andy Samberg earned the best actor award at the same ceremony. In terms of ratings, the show has been less of a hit, however, as only 4.1 million viewers tuned in to follow the quirky cops’ adventures in Brooklyn.

Among the other series in Fox’s stable, Bones seems likely to be renewed for its 11th season as long as the network can retain its two stars, Emily Deschanel and David Boreanaz. On the other hand, Sleepy Hollow still has to convince the network it deserves a third season. — AFP