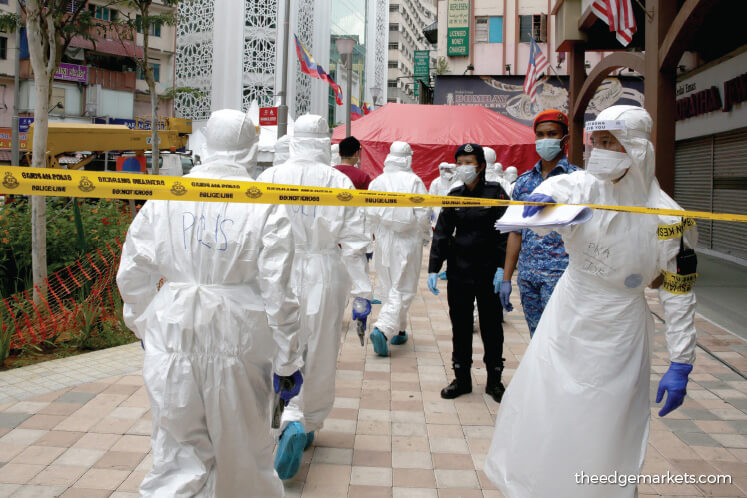 KUALA LUMPUR: With the help of the Malaysian Islamic Development Department and Majlis Syura Jemaah Tabligh Masjid Seri Petaling, the ministry of health (MoH) has detected four sub-clusters of infections in several madrasah and tahfiz schools that have had close contacts with infected individuals related to the Seri Petaling Mosque cluster. There are 195 confirmed Covid-19 infections in these four sub-clusters.

The four sub-clusters are:

“All positive cases have been isolated and are now being treated. The MoH will continue to work with various agencies to identify and screen close contacts of the high-risk group (the targeted approach),” said MoH director-general Datuk Dr Noor Hisham Abdullah.

He urged Malaysians not to blame or discriminate against any patients or groups said to be linked to the Covid-19 clusters.

“What is important is that we help in identifying and treating Covid-19 among those who are involved, as well as their families and contacts,” he added.

For the Jerantut sub-cluster, a total of 401 individuals have been tested, comprising 297 students and 104 staff members. Those who have tested positive are being treated at the Tengku Ampuan Afzan Hospital, Kuantan, while 20 patients have been cured.

A total of 291 individuals from the Penanti sub-cluster have been tested, of whom 256 are students and 35 are staff members. Of the six infected, four have recovered, while the remaining two are being treated at the Sultanah Bahiyah Hospital, Alor Setar, Kedah.

The Sungai Lui madrasah sub-cluster has seen 282 individuals tested, comprising 274 students and eight staff members. Of the 90 infected, 67 have recovered, while the remainders are still receiving treatment at the Sungai Buloh Hospital and the National Leprosy Control Centre.

As for the Jasin sub-cluster, 137 people have been screened, of whom 122 are students and 15 are staff members. Of the 37 found infected, one has recovered, while the rest are being treated at the Melaka Hospital.