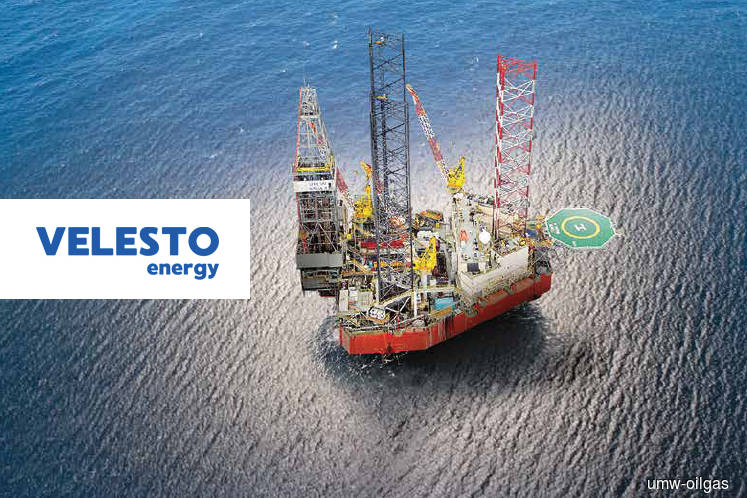 Velesto Energy Bhd
(April 23, 31.5 sen)
Downgrade to hold with an unchanged target price (TP) of 32 sen: Velesto Energy announced on Monday that Petronas Carigali Sdn Bhd had awarded it four contracts that may keep the Naga 2, Naga 3, Naga 5 and Naga 6 occupied for three years each until 2022 forecasts. Each contract is firmly for a year, followed by two annual renewal options. The contracts for Naga 2, Naga 3 and Naga 5 will commence in April or May 2019, and the Naga 6 contract from June or July 2019. These contracts are notable because they marked the return of long-term contracts — a rarity since the start of the 2014 oil price downturn.

Separately, Petronas may have also agreed to pay Velesto Energy for rig mobilisation and demobilisation costs, suggesting the contract terms may be even better. On the other hand, we believe that “zero-rate” periods would continue to apply to the said contracts, meaning Velesto Energy would not be paid if the rigs were not performing actual drilling work during the time-charter period, although Velesto Energy may have succeeded in negotiating for a cap to the duration of the “zero-rate” periods.

Assuming an uninterrupted time charter, and a full exercise of the option periods, we estimate Velesto Energy’s utilisation rates for its seven-strong jack-up rig fleet would rise to 83% for financial year 2019 (FY19F) and 77% for FY20F. However, if we assumed each contract year would entail a 60-day “zero-rate” period, the utilisation rates would fall to 74% for FY19F and 67% for FY20F, based on contracts secured to date. This is on track to achieve our 80% utilisation assumption for all forecast years.