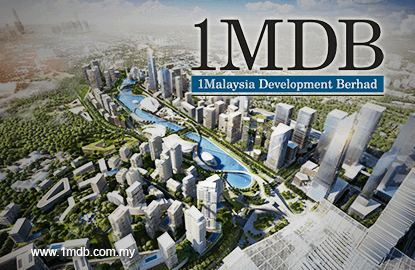 In a statement today, CH Williams Talhar and Wong (WTW), the transaction adviser for the Bandar Malaysia Request for Proposal (RFP) said that the four preferred bidders were shortlisted from the 12 proposals submitted at closing date of the RFP on Aug 28, 2015.

The proposals included proposals from domestic private developers, government-link corporations (GLCs) and foreign parties, either submitted independently or as a consortium, it said.

WTW explained that the proposals were assessed and evaluated by WTW, and a shortlist was presented to the 1MDB Board of Directors for approval. The final four bidders will undergo a detailed due diligence, clarification and negotiation process with 1MDB Real Estate and WTW before a final recommendation is made to the 1MDB Board of Directors, it added.

"We are working to finalise Bandar Malaysia's development partner(s) by the end of October. We then aim to execute definitive legal agreements latest by the end of November 2015," said WTW's deputy managing director Danny Yeo.

The commercialisation of Bandar Malaysia is part of 1MDB's rationalisation plan as presented to the Cabinet on May 29, 2015.

"1MDB has been encouraged by the high quality of bids received and significant interest shown in Bandar Malaysia. The final decision-making process will be guided by, amongst others, value maximisation to 1MDB's shareholders, deal certainty, and terms that are fair and reasonable," the statement read.

It added that Bandar Malaysia will be a mixed-use urban development that is expected to serve as a catalyst for the transformation of Greater Kuala Lumpur.

Strategically located within seven kilometres of Kuala Lumpur City Centre (KLCC), the development will serve as Kuala Lumpur's gateway for the high-speed rail-line to Singapore and become a central transport hub in the city via MRT lines 2 and 3, KTM Komuter, ERL, and future access to major highway networks.