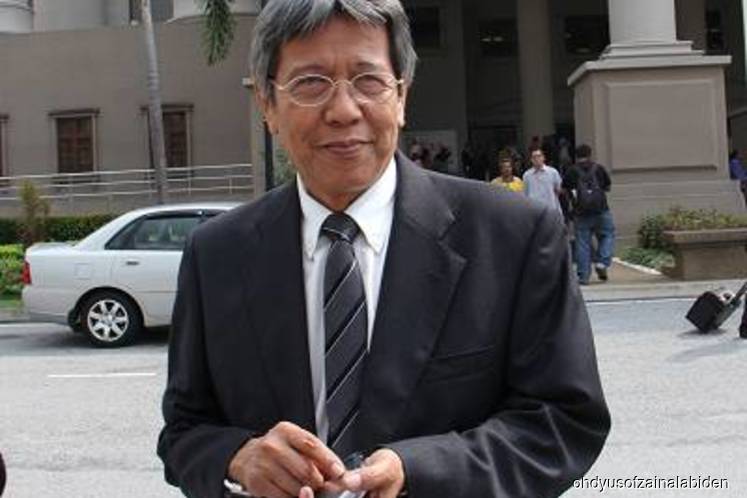 As a result, they filed a notice of motion today which they emailed and served a copy to the prosecution after 11am.

The motion before High Court Judge Justice Mohd Nazlan Mohd Ghazali reads that all the charges for criminal breach of trust under the Penal Code, abuse of power under the Malaysian Anti-Corruption Commission (MACC) Act 2009, and money laundering under the Anti Money Laundering, Anti Terrorism Financing and Proceeds of Unlawful Activities Act 2001 should be suspended and declared null and void unless all of them are amended.

They further requested that all proceedings before this court is stayed pending the disposal of the application.

The basis of the application made by the four lawyers is that the charges are defective as they did not state how the offences occurred as the charges had been amended several times.

There were arguments made by Yusof and Kamarul Hisham who said that it was vital for the charges to be properly framed.

Yusof also stressed that it is the duty of all parties — the prosecution, defence and the court to ensure the charge is properly framed.

"The purported money laundering and the MACC offence should not and could not be preferred in the first place. The CBT charges are defective as they do not specify all elements of the offence and that (the charges) are bad for the duplicity it creates," he said, adding this application should be heard first as this involves the liberty of a person.

However, Attorney General Tommy Thomas objected a stay of the hearing as he said the "application was filed at the eleventh hour" and that they have yet to receive the motion.

"This is an attempt to delay the trial further," the AG said.

Lawyer and appointed prosecutor Datuk V Sithambaram said the charge should stand as it is and the trial should proceed.

In the end, Justice Nazlan ruled that the trial should proceed and that it would not impede the accused.

The judge said the application would be heard at another date.

Shafee told reporters that Yusof and his legal team were brought in to challenge the charges.

"That is their specific role. They are not at the moment (involved) in the entire defence," he said.