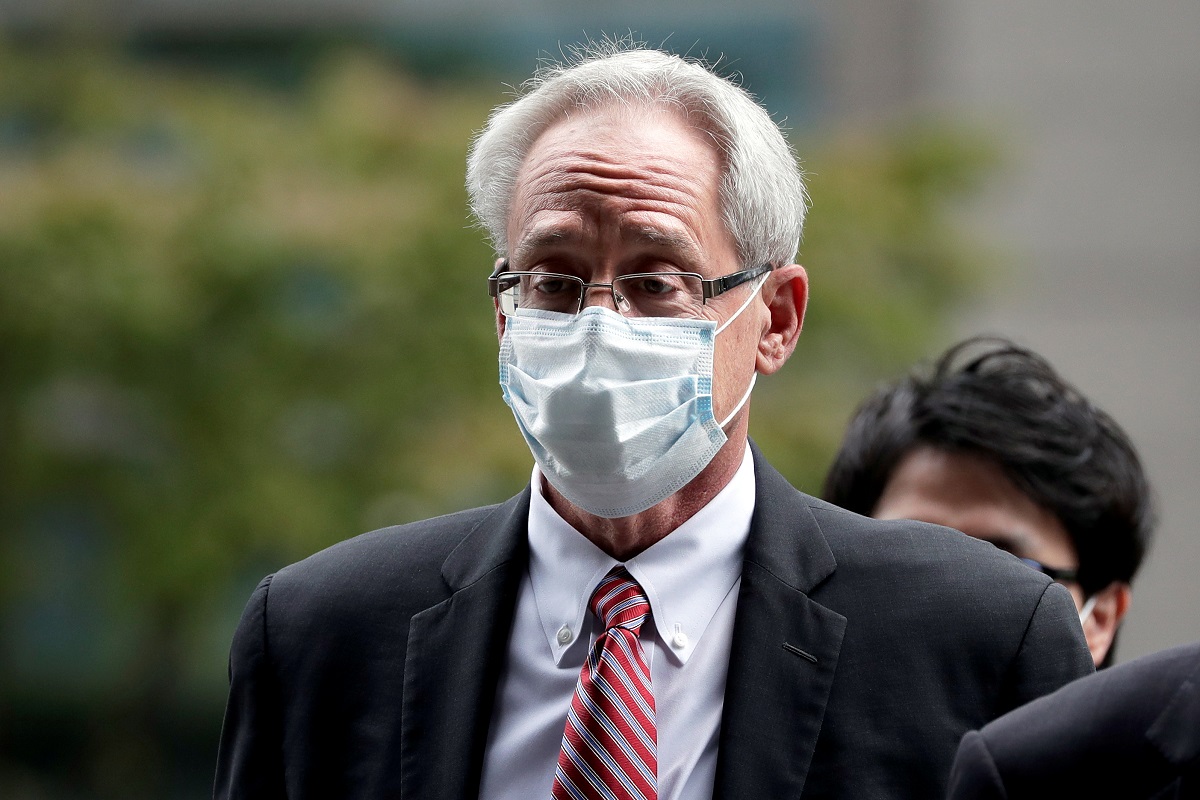 Kelly (pictured), who has been on bail in Japan since his release from jail in 2018, delivered his plea to the court without co-accused Ghosn, who fled to Lebanon in December, following a dramatic escape from Japan. (Photo by Reuters)

Kelly, who has been on bail in Japan since his release from jail in 2018, delivered his plea to the court without co-accused Ghosn, who fled to Lebanon in December following a dramatic escape from Japan.

A representative from Nissan, which was also indicted, told the three judges the automaker did not contest the charges.

Ghosn has denied wrongdoing, and said he fled Japan because he would not have received a fair trial.

"I deny the allegations. I was not involved in a criminal conspiracy," said Kelly, in a dark-grey suit and red-striped tie, according to a court pool report. Wearing a face mask, he used an earphone to listen to a English translation of court proceedings.

His trial could take about a year. If found guilty, Kelly, who turned 64 today, could face up to 10 years in prison and a ¥10 million fine.

The proceedings will include evidence and testimony from prominent company executives, including a former chief executive, Hiroto Saikawa, that could shine a light on the inner workings of the Japanese automaker as it tries to rein in losses and revamp its vehicle line-up after ousting Ghosn.

The company, which is also struggling with a weak demand and disruptions in production caused by the Covid-19 pandemic, declined to comment.

In their opening argument, prosecutors said Kelly and other Nissan officials had considered ways to reduce the amount of compensation Ghosn reported to financial authorities following the introduction of new executive pay disclosure rules in 2010.

Those ideas included extending loans he would not have to repay, selling him discounted real estate, and payments deferred until he stepped down.

Kelly's lawyers countered that companies only have to report payments they have made. The defence team also said Kelly was only partially involved in the discussion about Ghosn's compensation.

The trial has also focused international attention on judicial practices that critics in Japan and overseas see as overly harsh.

Prisoners on remand are sometimes kept in isolation and often refused bail if they deny their charges. Detainees are also interrogated without a lawyer present.

The conviction rate in Japan is about 99%.

Ghosn, who also ran French carmaker Renault SA, was smuggled out of Japan in a speaker case on a private jet as he awaited trial on charges he denies.

After the disappearance of the once-feted executive, Japan said it guaranteed individuals' rights and had dealt appropriately with him.

In addition to the under-reporting case, Ghosn faces breach of trust charges that he enriched himself at Nissan's expense through US$5 million in payments to a Middle East car dealership, and that he temporarily transferred personal financial losses to his employer's books.

Ghosn said he was a victim of a boardroom coup by former colleagues worried he would push through a merger between Nissan and Renault, its largest shareholder.

"Today is Greg's birthday, probably not a great day to start this," Kelly's wife Dee said at the Tokyo court, where she watched proceedings from the public gallery. The trial continues tomorrow.