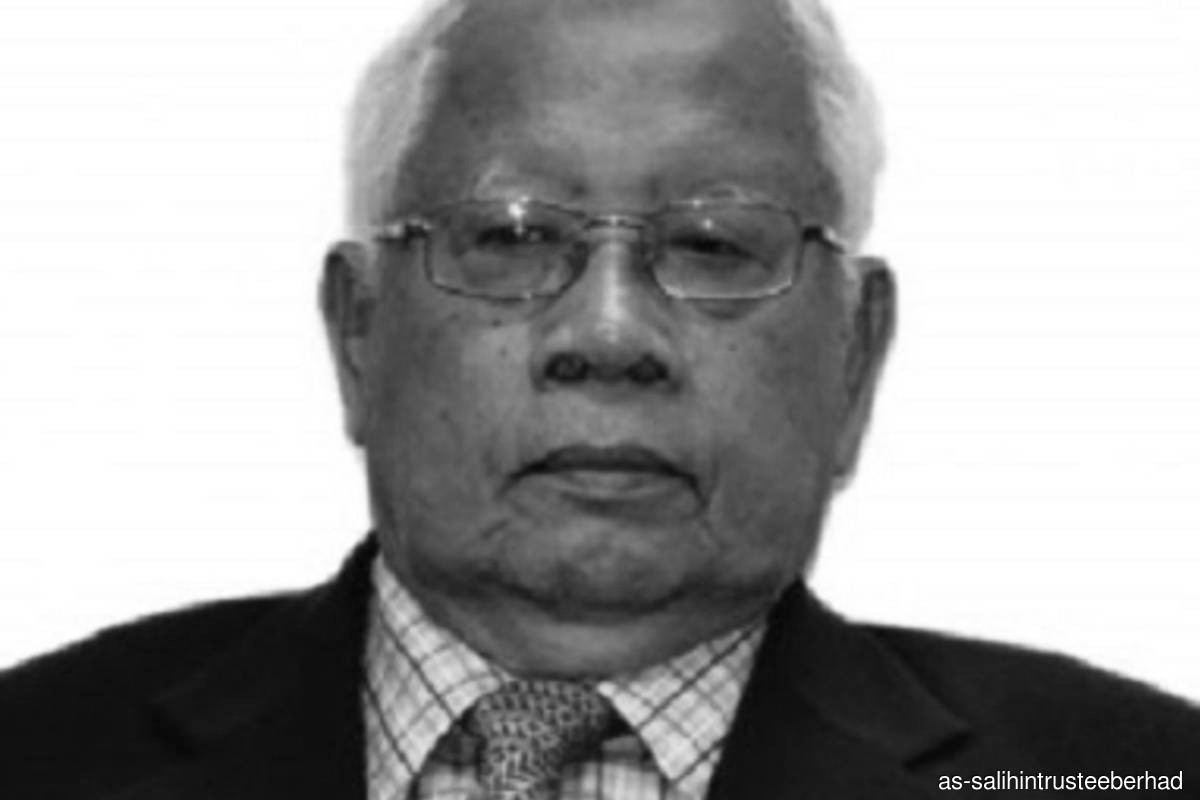 The chairman of the as-Salihin Trustee Bhd had been diagnosed with Covid-19, and had been receiving treatment in the intensive care unit at the hospital.

A message from his five children informed of his passing. “It is with much regret that our father Tun Salleh passed away at 3:20am today. May Allah forgive him and place him amongst the righteous. May Allah reward him with paradise,” the message read.

He then served in various capacities as a magistrate and a deputy public prosecutor at the Attorney-General's Chambers, before becoming the solicitor-general.

He was then appointed a Federal Court judge, and became Chief Judge of Malaya in 1982, while the late Raja Azlan Shah (then Sultan Azlan Shah) was appointed the lord president.

As Azlan became the Sultan of Perak, Salleh took over the post of lord president in 1984.

Salleh held the post for four years, before being removed in 1988 during a constitutional crisis following a clash with then prime minister Tun Dr Mahathir Mohamad over Umno, as he was said to have fought over maintaining the independence of the judiciary.

As Salleh was lord president of the Supreme Court at the time, he fought against the amendment, citing there should be autonomy of the judiciary. He also sent a letter to the then Yang di-Pertuan Agong, which was said to have upset the executive.

Upon returning from overseas, Mahathir was said to have requested for his resignation that began with his suspension. After refusing to resign, the government initiated an impeachment proceeding against him.

The charge against Salleh was made by the then attorney-general Tan Sri Abu Talib Othman and the tribunal was presided by Tun Abdul Hamid Omar, who was then the number two in the judiciary.

This led to Salleh later being removed and action being taken against the five judges.

Suleiman and Seah were removed from the judiciary following the impeachment, while the remaining three were allowed to return to the judiciary three months later.

Former de-facto law minister Datuk Mohd Zaid Ibrahim said Salleh's passing is a huge loss to Malaysia, and is a stark reminder that the judiciary should remain independent.

“I am saddened by his demise. He was a fighter for judicial independence when he was removed," said Zaid when contacted.

“I am glad that when I was a minister, I was able to work out gratuity payments to him and the five other [Supreme Court] judges,” he said, referring to the goodwill ex-gratia payments the government in 2008, under Abdullah's administration, decided to pay Salleh and the five others over their sacking.

Zaid, who was minister in Tun Abdullah Ahmad Badawi's cabinet, said Malaysians should remember him as a key fighter for judicial independence.

The judiciary, he added, should always remain independent.

“He has contributed a lot to the judiciary in his service as lord president and his loss would be felt by the judiciary especially and the nation,” she said in a statement representing the judiciary today.

Former attorney-general Tan Sri Tommy Thomas, who represented Salleh in the tribunal along with the late Raja Aziz Addruse, described the former lord president as “a great guy”.

To lawyer Dr Syed Iskandar Syed Jaafar, Salleh was a friendly and humble man with a lot of knowledge.

"I first met him in 1988 when I was a law student, and we met a couple of times after that — the last was at a function in a hotel where he was casually chatting with others in his local Terengganu dialect," he said.

Years after leaving the judiciary, Salleh joined politics when he contested and won the Jertih state seat under the PAS ticket in Terengganu in 1999, and was made an exco member in Datuk Abdul Hadi Awang's cabinet.

In 2017, the Federal Court, in the Semenyih Jaya case — in a strong judgement by the then Federal Court judge Tan Sri Zainun Ali — held that the judicial power of the federation still vests with the judiciary, despite the amendment to Article 121(1) in 1988.