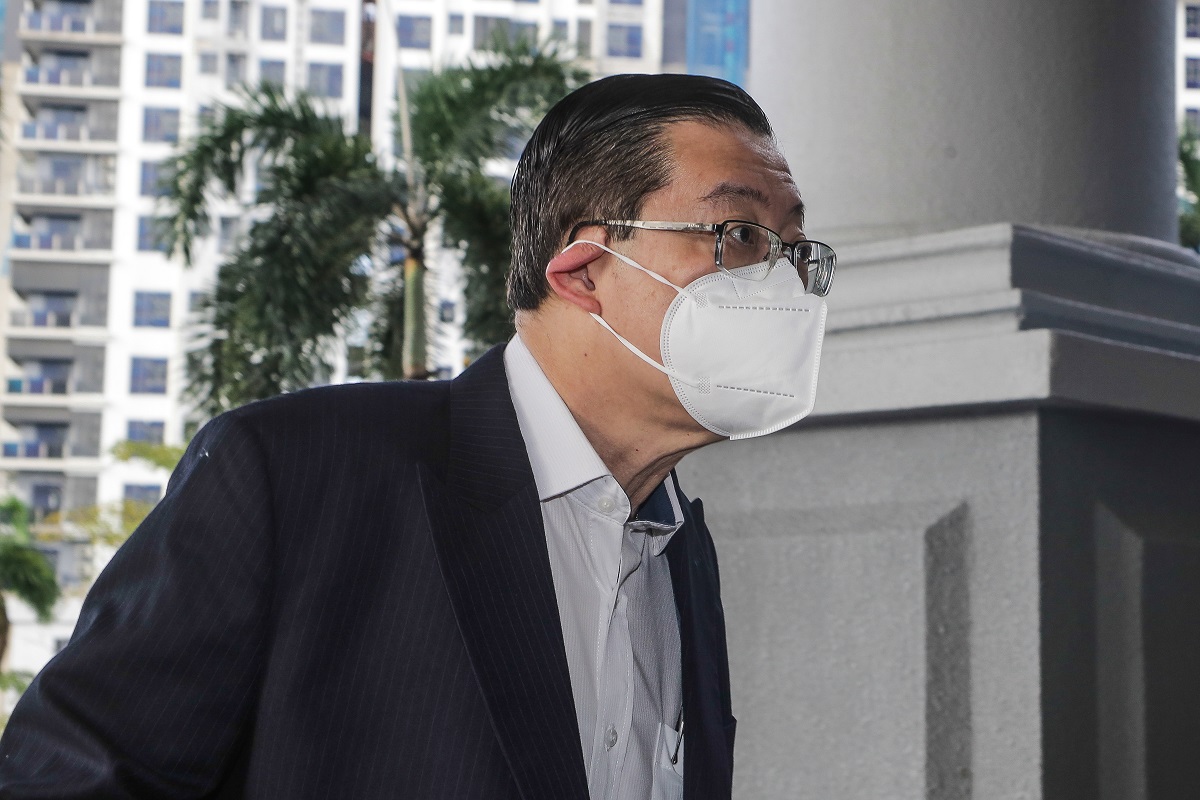 KUALA LUMPUR (Nov 29): A High Court judicial commissioner who formerly worked as a lawyer had on Monday defended work done by her and her former law firm in the preparation of a document for the Penang undersea tunnel project from claims that it contained big mistakes.

The document, titled "Preliminary agreement for the privatisation of the major roads and tunnel project dated Oct 29, 2013" and was signed by the Penang state government and Consortium Zenith BUCG Sdn Bhd, was alleged by the state's former legal adviser Datuk Faiza Zulkifli to contain the errors.

Adlin Abd Majid, who is the prosecution's 12th witness in the undersea tunnel project, said her former law firm Lee Hishammuddin Allen & Gledhill (LHAG) was paid a total of RM100,000 to prepare the document and work done for the Penang government between June and Oct 2013.

She said her former law firm — where she was a partner — was approached by the Penang state to help draft the agreement, as LHAG is involved in giving advice on civil matters including technology, and federal and state government relations.

“I met one Datuk Mukhtar Jaid, who was the Penang financial secretary for this purpose. The state government needed a lawyer to draft and prepare the initial agreement for the construction of [the] road and tunnel project.

“The appointment of my former firm was discussed at the Penang exco meeting on June 3, 2013, where the firm introduced itself. At the meeting, [Faiza] was not present. Following that meeting, our firm was appointed to prepare the initial agreement,” Adlin said in reply to questions from Deputy Public Prosecutor (DPP) Mohd Mukhzany Fariz Mohd Mokhtar.

Adlin said upon the firm's appointment, she attended several meetings with the Penang government agencies before drafting the document. She added that she tried to meet Faiza to discuss the project with her, but the state legal advisor was not available.

On cross-examination by Lim's counsel Gobind Singh Deo, Adlin disagreed there was a big blunder as claimed by Faiza in the preparation of the document. She maintained that throughout her employment as a consultant in drafting the agreement, she had the Penang state interests at heart.

“I attended meetings with the state economic planning unit officer Azrai Mohd Zain, the Penang city council technical unit director Rajendran and Mukhtar before the agreement was drafted and finalised,” she said.

Faiza had previously testified that Adlin's law firm made a “big mistake” in the preparation of the initial agreement where the agreement wrongly identified the parcels of state land to be transferred.

When asked by Gobind, Adlin said she tried to meet Faiza and made appointments to see her but was unsuccessful.

Gobind: As the lawyer representing Penang, you have a role in ensuring the interests of the state is represented in the preparation of the document.

Adlin: Yes, I attended an exco meeting although I could not remember the date.

Gobind: You see according to the minutes, the exco meeting was also attended by Faiza?

Adlin: (After looking at the minutes) Yes, it was attended by PUU (Penasihat Undang2) (State legal adviser)

Gobind: The minutes state there was an explanation by the LHAG representative regarding the draft of the initial agreement.

Adlin: Yes, I attended and gave the briefing and although I have not met Faiza prior to this but, as stated in the minutes, she was there.

Gobind: Do you agree with her claim that there were big blunders in the final agreement you prepared?

Adlin: I disagree there were blunders.

Gobind: She did not disclose the purported big blunders with you during the meeting?

During re-examination by DPP Wan Shaharuddin Wan Ladin, the judicial commissioner agreed that eventually the parties signed the agreement and that the agreement was to ensure whatever instructions given by the state government were inserted in the legal document.

She also agreed that those who signed the initial agreement were to follow it, including the commercial entity that signed it.

Meanwhile, Datin Sit Chin Len, who is the widow of Ewein Bhd's founder Datuk Ewe Swee Kheng, was also in court to testify over her husband's death in the early morning of Oct 5.

Replying to questions from DPP Francine Cheryl Rajendram, Sit, 55, said she last saw her husband at 1am that fateful morning while he was sleeping and she had gone to the washroom.

Malaysian Anti-Corruption Commission officer Assistant Superintendent Mohd Nazri Mansor, who is the 15th prosecution witness, testified that he recorded Ewe's statement four times between July 3, 2020 and Aug 14, 2021, and the witness was willing to provide co-operation when giving the statements.

The prosecution is trying to have Ewe's recorded statement to be tendered as evidence in the trial.

However, Gobind has indicated he would object to the application and would make submissions on this matter on Tuesday before Sessions judge Azura Alwi.