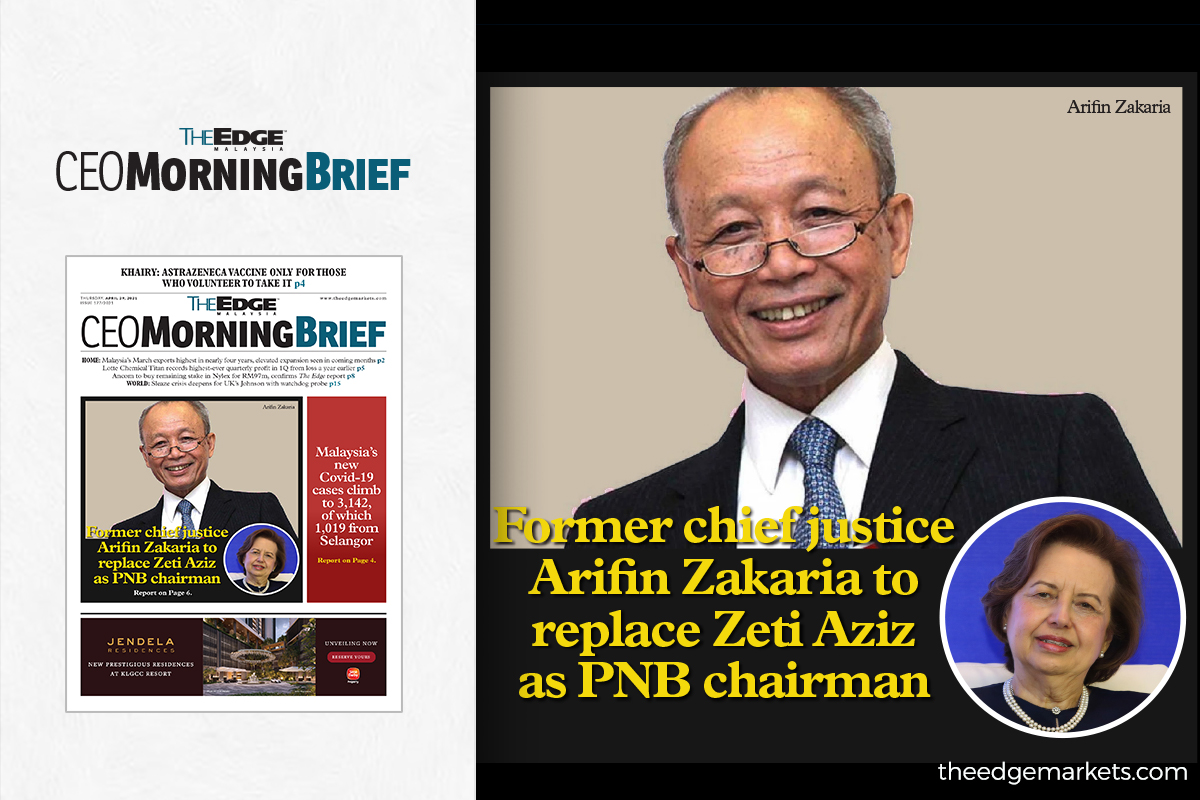 Zeti, who helmed PNB for nearly three years since her appointment in June 2018, is set to step down from the post as soon as coming Friday, when the asset management company will hold its annual general meeting, said sources. She previously took over the post from Tan Sri Abdul Wahid Omar, who is now chairman of Bursa Malaysia Bhd.

Arifin served as the Chief Justice of Malaysia between 2011 to 2017.

Another round of the musical chair game is going on among the chieftains of government-linked institutions.

Lembaga Tabung Haji (TH) announced today the appointment of Datuk Seri Amrin Awaluddin as its group managing director and chief executive officer, effective May 6, to replace Datuk Nik Mohd Hasyudeen, who took over the helm 18 months ago in September 2019.

Amrin’s departure has left the top seat at Lembaga Tabung Angkatan Tentera (LTAT) vacant. Interestingly, he was made the chief executive of the armed forces pension fund just four months ago at the start of 2021.

According to sources, Datuk Seri Mohammed Shazalli Ramly, who is now group managing director of Boustead Holdings Bhd, will take over the post in LTAT, while his deputy Izaddeen Daud will be the new MD of Boustead.

Likewise, Khazanah Nasional Bhd’s managing director Datuk Shahril Ridza Ridzuan, according to sources, may not be keen on extending his term, which ends in August.

Back to TH, Amrin will be the fourth CEO at the pilgrim fund in five years since Tan Sri Ismee Ismail's resignation in 2016, after serving for about a decade.

In a statement, TH said Minister in the Prime Minister's Department (Religious Affairs) Datuk Dr Zulkifli Mohamad Al-Bakri has granted his consent for the appointment of Amrin as the new group MD and CEO of TH, replacing Nik Mohd Hasyudeen, who will step down as board member, group MD and CEO, effective May 5.

Nik Mohd Hasyudeen succeeded Datuk Seri Zukri Samat, who had stepped down for health reasons and only held the position for a little over a year after he was appointed in July 2018. Zukri took over the position from Datuk Seri Johan Abdullah.

Amrin's appointment also comes barely four months after his move to LTAT – one of the country’s largest pension funds – on Jan 4. He was the third chief executive of LTAT in the span of three years.