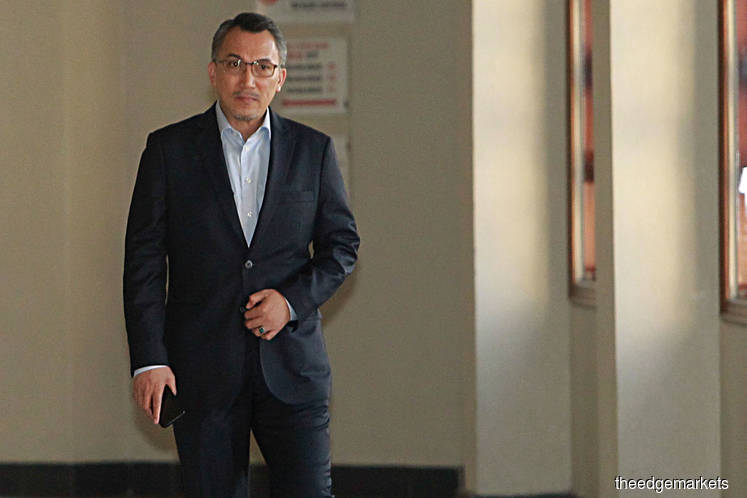 Ismee, who is the 39th prosecution witness in the Najib-SRC trial, stuck to his guns amid arguments by defence lawyer Harvinderjit Singh that the discrepancies in SRC's documents, such as the dates, implied "fraudulent representations" by Nik Faisal, who is now missing.

During the cross-examination, Harvinderjit questioned the inconsistencies in the dates of documents produced by Ismee in relation to the loans from Retirement Fund (Incorporated) (KWAP).

The lawyer raised several SRC directors' resolutions that were largely repetitive, and questioned, among others, the timing of the discussions over the utilisation of the second KWAP loan of RM2 billion — prior to the approval of the loan and the disclosure of the funder's identity.

When asked by Harvinderjit, Ismee said it is possible that an SRC director's resolution in February 2012 which discussed the use of the second KWAP loan — approved in March that year — was done after the loan was approved and backdated.

"My point is we cannot say which documents are signed first — it is all over the place," said Harvinderjit, to which Ismee responded with a small chuckle.

He further implied that when Nik Faisal represented matters in SRC that were of national interest, it involved parties apart from Najib — including the Finance Ministry, its holding company Ministry of Finance (MoF) Inc and the Economic Planning Unit, which oversaw SRC's progress at the time.

Harvinderjit: If Nik Faisal says these are all decisions of the government, Tan Sri [Ismee Ismail] would agree that he suggested that it is not [decided by] Najib, but decisions [made at the] government level by either MoF, EPU, or MoF Inc.

Ismee: We know the government is [the] prime minister. There [were] visions and aspirations…

Ismee: As far as I am concerned, it was prime minister… When the word government is mentioned in our minds (the board) we understood that it referred to the Prime Minister.

Harvinderjit also pointed to the differences in the format of the minutes documenting the ex-prime minister in other activities with those SRC received from MoF Inc through Nik Faisal, although produced at around the same time.

"You've got this cause of conduct [by Nik Faisal]," Harvinderjit said, implying fraudulent representations of documents.

"It is not impossible that it is happening on the other side of the fence [with MoF Inc minutes]. Apart from the board, you can't really accept the representations that he is making," Harvinderjit told Ismee.

"There was a serious fraud committed by Nik Faisal. Do you agree with this?" the lawyer asked, referring to the former SRC CEO who is now on the run from authorities.

Ismee, after half a minute of silence, said, "I won't judge."

Defence questions Ismee's implication of Najib's involvement in SRC decisions
Earlier, Harvinderjit also questioned the manner in which Ismee, through his written witness statement, implied the role of Najib in SRC's decision making.

Among others, the lawyer pointed to shareholders' resolutions from SRC's former parent company 1MDB in August 2011.

He highlighted the process previously underlined by Ismee of how resolutions in the company are acted on — where Nik Faisal would table a working paper for the board to decide and approve, and he would take the necessary follow-up action for each projects done by SRC.

For SRC, Ismee has also said the board's decision would have to get the advice of the advisor emeritus — who is Najib — and that if any follow-up action is required, it would be brought to the premier's attention through Nik Faisal only.

"This is what I called 'tersirat' (implied)," said Ismee, referring to the advice required from the advisor emeritus before any decision by SRC board.

In response, Harvinderjit said Ismee did not say previously that the SRC board requires shareholders' resolution from 1MDB for any board decision.

"I disagree," said Ismee, adding that he had the document in his possession for some time.

The cross-examination of Ismee in the Najib-SRC trial is expected to conclude tomorrow, with court scheduled to resume at 9am.