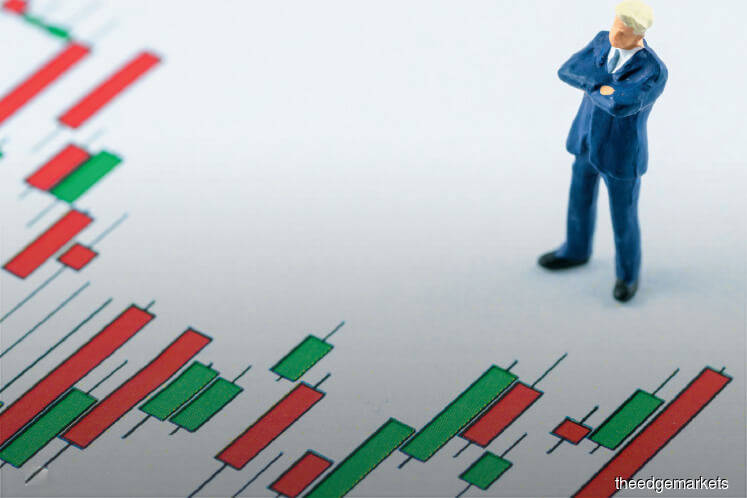 KUALA LUMPUR: Foreign investors took a breather from selling off stocks listed on Bursa Malaysia last week, with the sale of Malaysian equities by foreign funds narrowing to RM289.3 million.

In contrast, foreign funds sold RM416.7 million in the prior week, according to MIDF Amanah Investment Bank Bhd Research.

In his weekly fund flow report yesterday, MIDF Research’s Adam M Rahim said international funds have been net sellers on Bursa for nine out of fifteen weeks so far.

International funds started the week with a decent foreign net outflow of RM12 million on Monday, the lowest in 11 trading days, he said.

“The level of foreign net selling jumped by more than four times on Tuesday to reach RM53.1 million as Bursa’s Telecommunication Index led decliners among the sectoral indices.

“Investors shrugged off the cut in the International Monetary Fund’s economic growth outlook for 2019 from 3.5% to 3.3%,” he said.

As such, offshore investors made their way back to Malaysian shores on Wednesday to a tune of RM67.6 million net, a level not seen in 17 trading days, he said.

But the following two days saw the resumption of foreign net selling on Bursa, and at a higher pace of above RM100 million.

Adam said Thursday recorded the highest foreign net outflow during the week at RM165.4 million, due to the report of Khazanah Nasional Bhd offering the sale of Tenaga Nasional Bhd (TNB) shares under a share placement to raise RM1.05 billion, causing TNB’s share price to drop by 4.1%.

The FBM KLCI subsequently closed at 1,624 points, the lowest close since late December 2016.

“The announcement of the continuation of the East Coast Rail Link (ECRL) project at a lower cost on Friday helped reduce foreign net selling level to RM126.4 million. The local bourse reacted positively to the announcement by gaining for the first time in three days to settle at 1,630 points on Friday,” he said.

On a year-to-date basis, foreign funds have sold RM2.05 billion net of local equities, placing Malaysia as the nation with the largest foreign net outflow among the four Asean markets that MIDF Research monitors.

“Meanwhile, among the seven Asian markets we track, India is the nation with the largest foreign net inflow worth more than US$8.5 billion or RM30 billion as the general election held in phases had begun in the republic,” he said.

Worldwide, Adam said most equity markets remained mixed last week as some Asian markets prepared to head to the polls.

Brent crude oil price, meanwhile, remained strong at above US$70 per barrel throughout the whole of last week, marking its third straight week of gains. The support for Brent crude oil price, mainly came from the falling Opec production in addition to the supply disruptions in Libya and Venezuela, said Adam.

In Asia, offshore funds continued to make their way into markets here for the fifth week running.

“Based on the provisional aggregate data for the seven Asian exchanges that we track, investors classified as “foreign” bought US$1.72 billion net last week, the 12th time that the weekly foreign net inflow reached above US$1 billion this year,” he added.