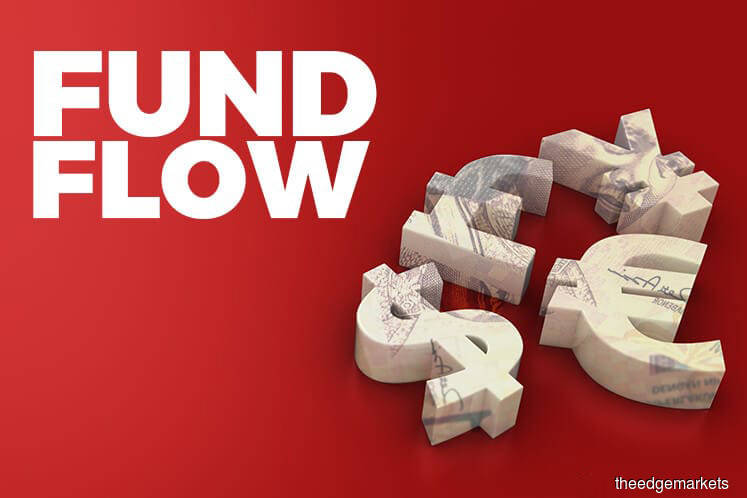 He said global investors later disposed of RM47.7 million net of local equities on Tuesday while the local bourse inched 0.8% to close above 1,700 points for the first time since Jan 25, 2019.

"Foreign funds made a modest return, snapping up RM27.0 million net on Wednesday, coinciding with the FBM KLCI's biggest daily gain since late December 2018 of 1.15%.

"The rally was partly attributable to Wall Street's modest start to the week as well as rising Brent crude oil price which climbed above US$66 per barrel," he said.

However, Adam said foreign net selling was back on Bursa on Thursday to a tune of RM116.2 million which then swelled to RM300.2 million on Friday.

He said much of the sentiment was affected by the Malaysia's consumer prices declining by 0.7% year-on-year in January, the first contraction since 2009.

"With four trading days left in the month of February 2019, foreign investors have so far disposed (of) RM525.1 million net, bringing the year-to-date foreign net inflow into Malaysia to RM501.4 million or US$120.4 million.

"On the regional front, Malaysia remains as the nation with the lowest foreign net inflow amongst the four ASEAN markets we monitor, with Indonesia taking the lead with a year-to-date net inflow of US$755.8 million or approximately RM3.0 billion," he said.

Adam said participation among all investor groups increased during the week.

He said foreign investors recorded the largest weekly advance in average daily traded value (ADTV), increasing by 41% to remain above the healthy level of RM1 billion.