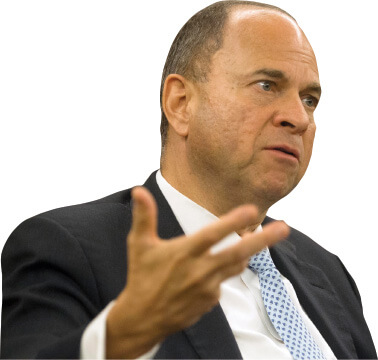 Fernandez: One of the most defining events in the next 10 or 20 years in the financial economy is the integration of China’s capital markets into the global markets. Photo by Patrick Goh

KUALA LUMPUR: Foreign investors are more realistic about the economic and financial prospects of Malaysia now than they were before the 1997-98 Asian financial crisis (AFC) struck, according to the chief executive officer of world’s largest indices provider MSCI Inc.

Henry Fernandez, who is also the chairman and CEO of the US company, recalled that Malaysia was “the darling of the investment community” before the AFC and capital controls implementation by the Malaysian government in 1998, but said that part of this could have been attributed to a sense of “overexcitement” on the country’s prospects.

“Living up to that crisis I think probably the market took Malaysia to a level which was not sustainable in terms of expectations, and then the opposite occurred in 1998 and the country went to the bottom of the favour among [foreign] investors,” said Fernandez.

“I think now the expectations of the market on what the country can do are more realistic, taking into account that Malaysia is an [oil producer], and there is [volatility] in oil prices, so they are more realistic about the economic as well as the political situation of the country” he told The Edge Financial Daily in a recent interview.

Malaysia fell out of favour with the international investing community when on Sept 1, 1998 the government imposed capital controls which prohibited the repatriation of funds. The ringgit was also pegged to the US dollar at a fixed exchange rate of 3.8 at that time.

“Malaysia was a darling of the investment community in the ’90s. It was opening up to foreign investors, it was restructuring, there were a lot of things going on in the country.

“A lot of that came to a fairly abrupt end in 1998 because of the draconian measures that the government imposed in order to, at the time, protect the currency,” said Fernandez.

As a result of the capital controls, MSCI on Sept 30, 1998 removed Malaysia from its developed market index as well as MSCI Emerging Markets Free (EMF) and MSCI All Country (AC) free indices. Malaysia was only readmitted into the EMF and AC indices in May 2000.

“A lot of investors were fairly spooked by the capital controls. They were not happy with their investments being frozen and the fact that they could not repatriate funds out of Malaysia. Malaysia was considered as a country not to be trusted in terms of investments ... those kind of problems lasted for a few years,” said Fernandez.

Today, the MSCI chief said there is fierce competition among countries for external capital.

“In this incredible competition for capital around the world, the question is how do you differentiate yourself to attract more capital into your country? And if there are a lot of restrictions the world is not going to care and will bypass you because the investing community has thousands of other choices,” he said.

Fernandez said the opening up of China’s capital markets is another important theme among the investing community.

“One of the most defining events in the next 10 or 20 years in the financial economy is the integration of China’s capital markets into the global markets.

MSCI announced on June 20 that it will include 222 China A Large Cap shares in the MSCI Emerging Markets Index using a two-step inclusion process beginning in June 2018.

“Saudi Arabia, which has significantly reformed its regulatory markets and capital markets, is also on the watchlist of MSCI for potential inclusion into our indices,” said Fernandez.

Its market cap-weighted indices are used by thousands of asset managers, pension funds, hedge funds and banks worldwide as benchmarks for more than US$11 trillion (RM47.19 trillion) of assets, of which US$9 trillion is in developed markets and US$2 trillion in emerging markets.