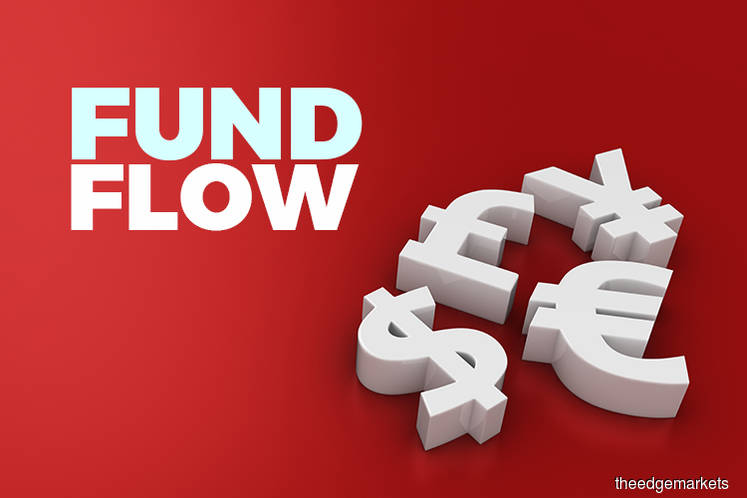 This was the largest weekly foreign net outflow in 88 weeks, it added.

"On a year-to-date basis, the foreign net outflow from Malaysia stood at RM2.11 billion, the third smallest among the seven Asian markets (South Korea, Thailand, Indonesia, the Philippines, India, Taiwan and Malaysia) under our coverage," he added.

Adam noted that Bursa Malaysia had a sluggish start to the week ended Feb 28 as foreign investors only sold RM74.3 million net of local equities on Monday.

"The level of foreign net selling activity then accelerated to RM202.8 million net on Tuesday, taking cue of the Dow Jones index which lost more than 1,000 points overnight."

He said foreign net selling peaked during the week on Wednesday at RM362 million following the increase in the number of coronavirus (Covid-19) cases in South Korea, which exceeded 1,000.

"The spike of cases in South Korea reinforces that the spread of the virus outside China is accelerating. Wednesday’s heavy sell-off was in conformity with regional peers," he added.

"International funds continued to sell on Friday at a heightened level of RM333.4 million net, extending the foreign net selling streak on Bursa to seven days. The local stock barometer followed suit, declining by 1.5%, closing at 1,482.6 points on Friday, a level not seen since 2011 amid Malaysia’s political situation," he said.

In terms of participation, the average daily traded value of foreign investors surged the most by 100% for the week to reach a healthy level of RM1.93 billion.

"Based on the provisional aggregate data for the seven Asian exchanges that we track, investors classified as foreign dumped US$8.44 billion net last week compared to the US$1.52 billion net disposed [of] in the week before," he added.