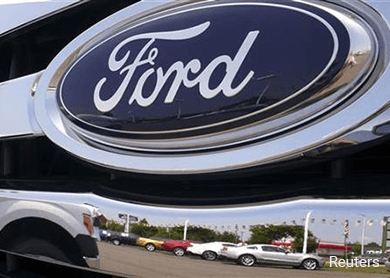 DETROIT (Jan 24): Ford Motor Co, in a bid for a piece of the rapidly growing global auto parts market, is launching a new brand called Omnicraft to sell parts to Ford dealers and independent repair shops to fix competitors' vehicles.

Frederiek Toney, president of Ford's customer service division, said the global business for automotive parts, which is now estimated at more than US$500 billion, and service will expand by 70% in the next six years or so.

Toney would not say how much of the global market Ford wants to capture, but said that in 10 years the company would be pleased if 10% to 15% of its parts sales were from Omnicraft.

Suppliers will make the parts, and Ford will sell them at a profit, but says they will be competitively priced, in part to attract independent repair shops, as well as its own dealers.

Having the parts for non-Ford vehicles will allow dealers to increase repair and service business, as well as offer an opportunity to convince owners to look over new Ford cars and trucks while they are at the dealership.

At first, Omnicraft parts will be sold at Ford and Lincoln dealerships, of which there are 3,200 in the United States and 10,500 globally. Omnicraft will be active in Ford's major markets around the world, Toney said.

As the average age of vehicles increases, especially in mature markets like the United States and Europe, there is more of a need for auto parts, said Toney, "which is no secret. It behooves us to try to compete for the life cycle of ownership" and not to focus as Ford has on the early years of that cycle.

In the U.S. market, the average age of a vehicle on the road is more than 11 years.