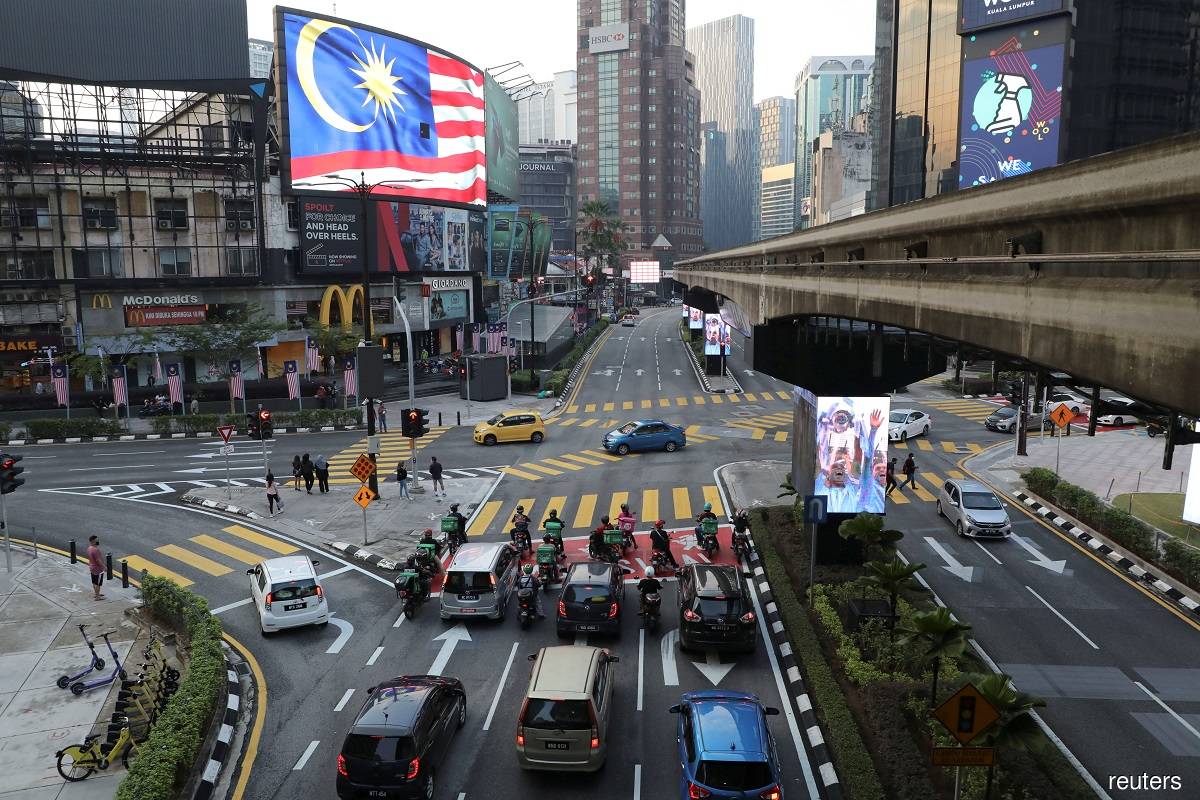 KUALA LUMPUR (July 22): Malaysia's inflation, as measured by the consumer price index (CPI), increased 3.4% in June 2022 from a year earlier, led by the rise in food prices of 6.1%, said the Department of Statistics Malaysia (DOSM) on Friday (July 22).

The country's CPI rise accelerated to 3.4% last month compared with the 2.8% year-on-year increase in May.

"Food index increased 6.1% and remained as the main contributor to the rise in the inflation during the month of June 2022.

"Meanwhile, other groups except Communications also recorded increases and led headline inflation to 3.4%.

Mohd Uzir added that prices of chicken, which is the largest weight in the subgroup of Meat (46.1%), increased 17.2% compared with an increase of 13.4 % in May.

He elaborated that the average price of processed chicken in June was RM10.02 per kilogramme compared with RM8.55 a year ago, in line with the increases in global food production inputs such as maize (14.8%), wheat (60.9%) and soybean (19.9%), which are the largest compositions in the preparation of chicken feedstuffs.

"The increase in pork prices was contributed by the rise in the prices of animal feed. Moreover, the spread of African swine fever has affected the meat supply of pork," the chief statistician shared.

Meanwhile, DOSM pointed out that the price increase for the Transport group was largely due to the increase in the average price of Unleaded Petrol RON97 by 80% (RM4.77 per litre) compared with RM2.65 in the same month of the previous year.

The increase in fuel prices was a direct impact of the increase in the price of Brent crude oil (64.3%) to US$120.08 per barrel in June, DOSM said.

"Meanwhile, the inflation for the period of January to June this year increased 2.5% as compared to the same period of the previous year," Mohd Uzir highlighted. The chief statistician said Putrajaya witnessed the highest level of inflation among states and federal territories in the country at 8.1%.

At the other end, Labuan and Melaka saw the lowest rates at 2.5%, according to him.

Commenting on inflation in other countries, the chief statistician said in comparison with selected countries in the Asia-Pacific region, the inflation rate in Malaysia (3.4%) was higher than in China (2.5%) but lower than in Thailand (7.7%), the Philippines (6.1%), South Korea (6%) and Indonesia (4.4%).

"The inflation rate in the United States increased 9.1% in June.