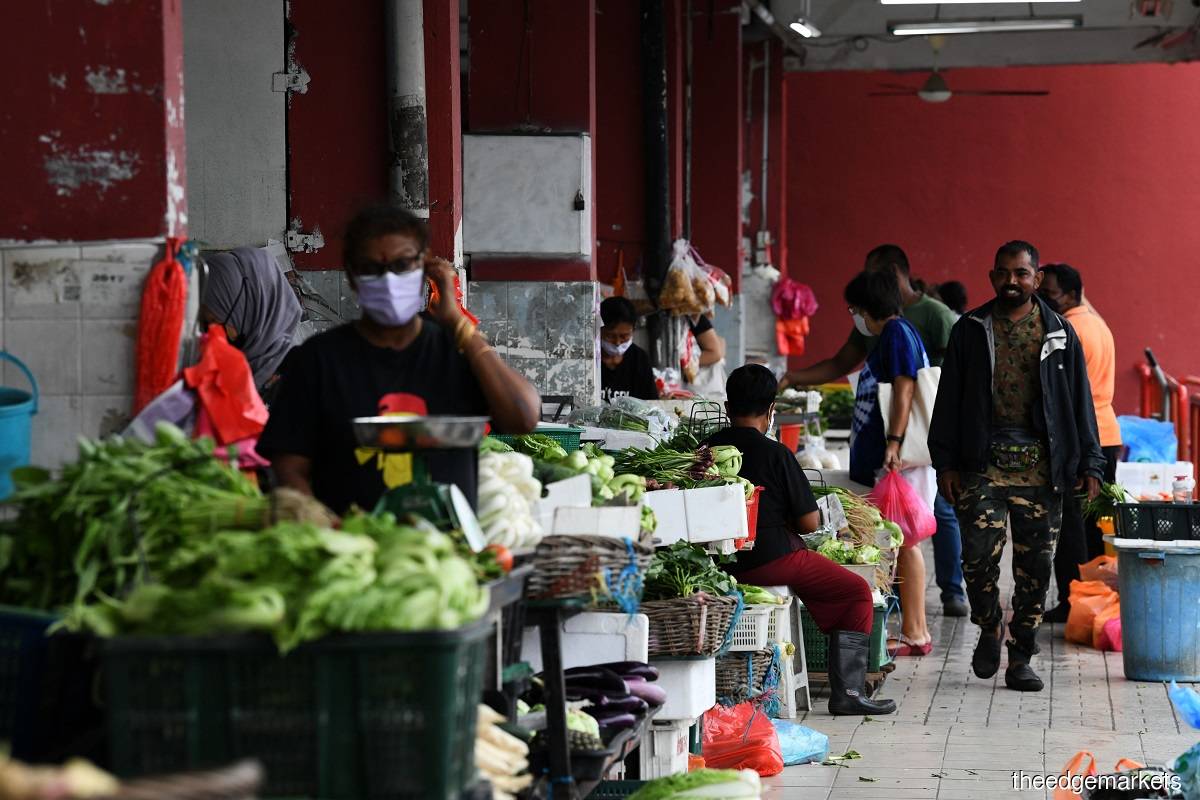 KUALA LUMPUR (May 25): Malaysia's inflation, as measured by the consumer price index (CPI), increased 2.3% in April 2022 from a year earlier, led by higher food prices, according to the Department of Statistics Malaysia (DOSM) on Wednesday (May 25, 2022).

"The increase in food inflation, which contributed the highest [weightage] to the overall weight of [the] CPI, remained to be a major contributor to inflation.

"Inflation for this group increased 4.1% in April 2022 as compared to the same month of the previous year," DOSM chief statistician Datuk Seri Dr Mohd Uzir Mahidin said in a statement.

Mohd Uzir said food inflation in April 2022 was higher year-on-year (y-o-y) at 4.1% with 89.1% of food items in the CPI's food and non-alcoholic beverages group recording increases.

Among other CPI components, the restaurants and hotels segment rose 3.2% while the transport portion climbed 3%, he said.

"The increase in food & non-alcoholic beverages group was largely due to an increase in the component for food away from home which [increased] 4.4% as compared to 4% as recorded in March 2022. For instance, both satay and rice with side dishes recorded higher increase of 7.1% (March 2022: 6.6%).

According to the DOSM, the CPI's combined milk, cheese and eggs group increased at a faster pace of 7.2% in April 2022 compared with 7% in the previous month.

The DOSM said the meat and vegetables groups increased 6.2% and 4.5% respectively while the combined fish and seafood group climbed 3.8%.

"The increase in vegetable prices was due to weather uncertainties that have affected the maturity of vegetables and caused a decline in supply in the market.

"In addition, the [increase] in the price [of vegetables] was attributed to the increase [in] fertiliser prices, logistics costs and labour shortages at agricultural sites," the DOSM said.

The DOSM said the government between April 26, 2022 and May 10, 2022 implemented the maximum price scheme for goods in conjunction with the recent Hari Raya Puasa celebration.

The implementation of the scheme is expected to ease Malaysia's inflation in May 2022, especially for the CPI's food group, according to the DOSM.

On the CPI transport component's y-o-y 3% rise in April 2022, the DOSM said the rise was largely due to the increase in the average price of unleaded petrol RON97 at RM3.84 a litre from RM2.55 a year earlier.

The country's CPI increased 2.2% in March 2022 from a year earlier, mainly driven by the 4% increase in the CPI's food and non-alcoholic beverages segment as prices of food items including chicken and vegetables spiked more than 10%, according to the DOSM.

Read also:
Malaysia's recovery continues to be resilient as March's LI up to 111.3 points — DOSM