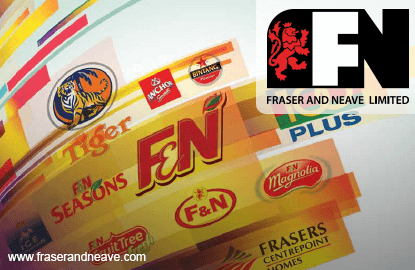 F&N chief executive officer Lim Yew Hoe said in a statement the group would remain vigilant and respond to changing market dynamics while proactively focusing on appropriate measures to maintain its competitiveness.

"In the immediate term, the softer domestic and global economic environment and escalating commodity prices do pose a challenge to sustain the pace of growth. In the longer term, the various transformation initiatives will put the group on a stronger platform for sustainable growth in both revenue and profit," Lim said.