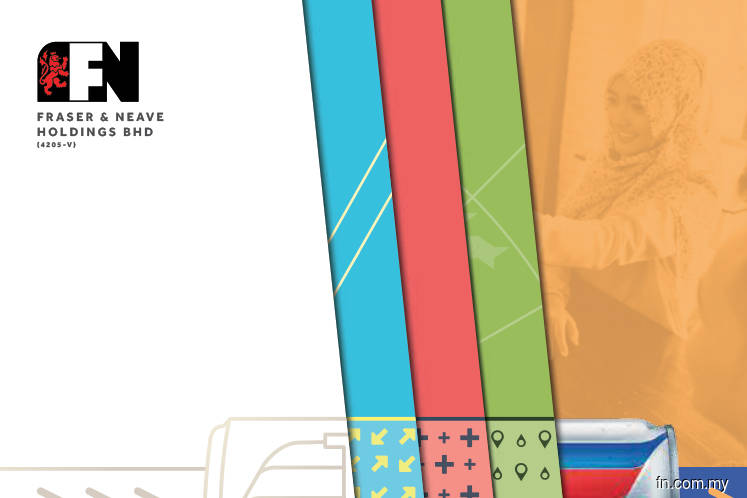 F&N, which is expecting 90% of the group’s beverages portfolio to be impacted by the upcoming sugar tax on July 1, will be producing original recipes in smaller pack sizes, as well as reducing sugar in its recipes to mitigate the impact of the new tax.

“We are also going through a portfolio transformation to produce more healthy product categories. We are investing RM30 million in our Shah Alam plant to enable multiple new products to be produced from October 2019,” its chief executive officer (CEO) Lim Yew Hoe said.

Axiata Digital Sdn Bhd, the digital arm of Axiata Group Bhd, has inked an agreement to sell its digital ventures portfolio at a valuation of US$140 million (about RM579 million) to Singapore-based investment fund, Pegasus 7 Ventures Pte Ltd.

Axis REIT Managers Bhd CEO and ED Leong Kit May said the REIT is currently undertaking due diligence on the target properties, and that it aims to complete the acquisitions by the first half of 2019.

The allocation will mostly be used for plant maintenance and plant turnaround as part of its growth strategy to ensure its plants run more efficiently.

In addition, KMSB, which is jointly owned by Chan Peng Kooh and Tan Chuan Cheong, has also taken up 102.4 million new Ecobuilt placement shares. Consequently, KMSB will emerge as the single largest shareholder holding a 32.5% stake in Ecobuilt.

AWC Bhd has secured a contract worth RM17.1 million to supply the Harsco Model RGH 10C Rail Grinding Vehicle (RGV) works for the Mass Rapid Transit 2 project. The duration of the contract is from April 30 until the expected completion by Sept 30, 2022.

The value of the contract will be based on work orders issued by Sea Hibiscus throughout the contract duration starting Nov 2, 2018, and ending on July 16, 2023. The contract also includes a one-year extension option.

Amid subdued demand for smartphones, Globetronics Technology Bhd’s net profit plunged 80% to RM3.09 million for the first quarter ended March 31, 2019 (1QFY19) from RM15.19 million in the previous year’s corresponding quarter, as some customers reduced shipments. Revenue for the electronic components maker, who is involved in Apple’s supply chain for its iPhones, was down 49% to RM44.05 million from RM86.49 million a year earlier.

Separately, it announced it had inked a share sale agreement yesterday to dispose of two loss-making indirect units under the company’s non-operating timber business, which will result in an estimated gain of about RM3.61 million.

Brahim’s Holdings Bhd said it has decided to abort the private placement exercise that was announced in February 2018, after considering current market conditions including, among others, its deteriorating share price and its Practice Note 17 (PN17) status.

On Feb 21, 2018, Brahim’s announced its plan to raise cash for working capital purposes and to repay borrowings through a private placement of up to 23.63 million new shares, representing 10% of its share capital.