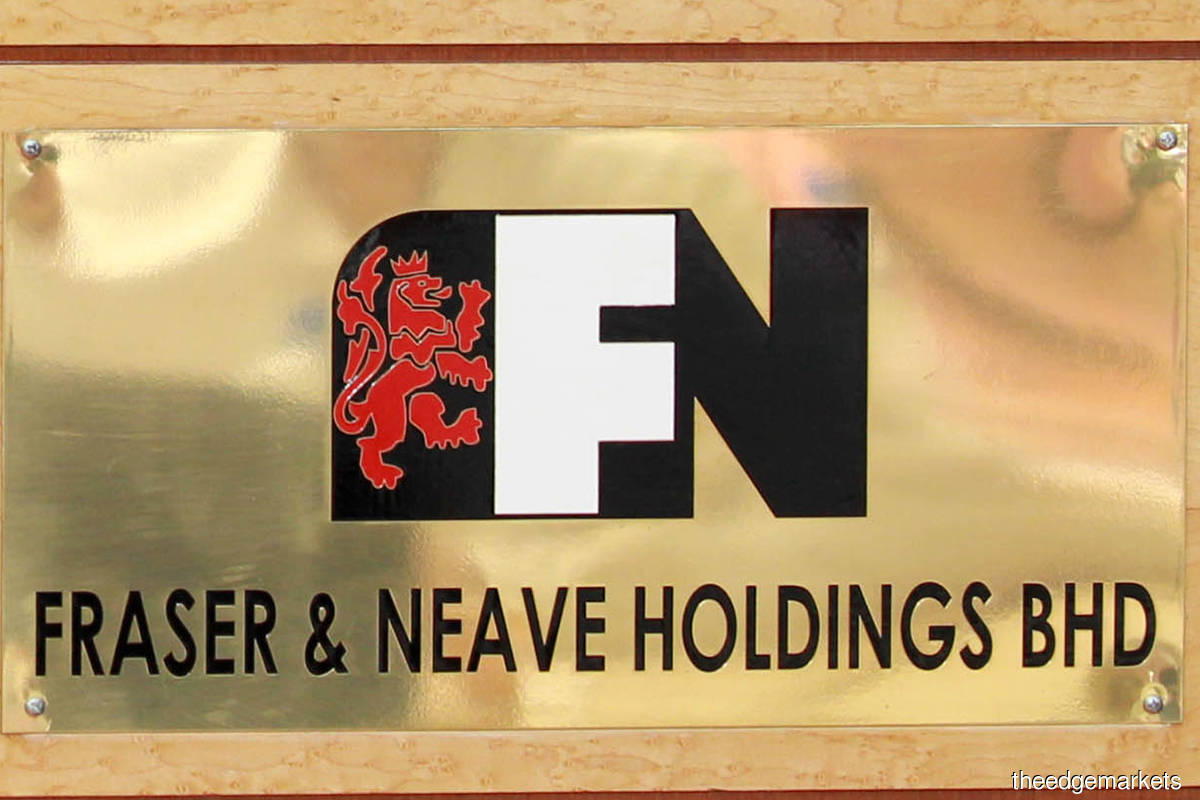 KUALA LUMPUR (June 3): Fraser & Neave Holdings Bhd (F&N) on Friday (June 3) proposed to privatise its 27.66%-owned associate Cocoaland Holdings Bhd by buying the remaining Cocoaland shares at RM1.50 each in a move which will help F&N expand into other packaged-food segments and grow the buyer's overseas markets.

The deal shall be settled via a cash consideration of RM488.15 million based on 325.43 million Cocoaland shares that are not owned by F&N and represent 72.34% of the share capital of Cocoaland.

The deal represents a price-to-book ratio of 2.77 times based on Cocoaland’s audited consolidated net assets attributable to equity holders of RM243.32 million or 54 sen per Cocoaland share as at Dec 31, 2021 (FY21).

It also represents an enterprise value to earnings before interest, taxation, depreciation and amortisation (EBITDA) ratio of 18.47 times and 17.74 times based on Cocoaland’s audited consolidated adjusted EBITDA of RM32.8 million and RM33.53 million for the FY20 and FY21 respectively.

"On behalf of the board of directors of F&N, AmInvestment Bank Bhd wishes to announce that the company (F&N) has today (June 3) submitted a formal proposal (proposal letter) to the board of Cocoaland in respect of the proposed privatisation for its consideration.

"The board of Cocoaland is to revert to F&N no later than 5pm on June 17, 2022, with its decision whether to put forward the proposed privatisation to Cocoaland's shareholders for consideration," F&N said.

“It is the intention of F&N not to maintain the listing status of Cocoaland and accordingly, upon completion of the proposed privatisation and subject to Bursa Securities’ approval, Cocoaland shares will be delisted from the Main Market of Bursa Securities,” it added.

F&N will acquire the scheme shares free from all moratorium, claims, charges, liens, pledge, encumbrances, options, rights of pre-emption, third party rights and equities from the date of sanction of the scheme by the High Court of Malaya and with all the rights, benefits and entitlements attached thereto.

Shares of Cocoaland and F&N were suspended Friday (June 3) in respect of the privatisation deal. Cocoaland last traded at RM1.28 on June 2, with a market value of RM586 million, while F&N was settled at RM20, valuing it at RM7.34 billion.