Flat steel companies in the spotlight 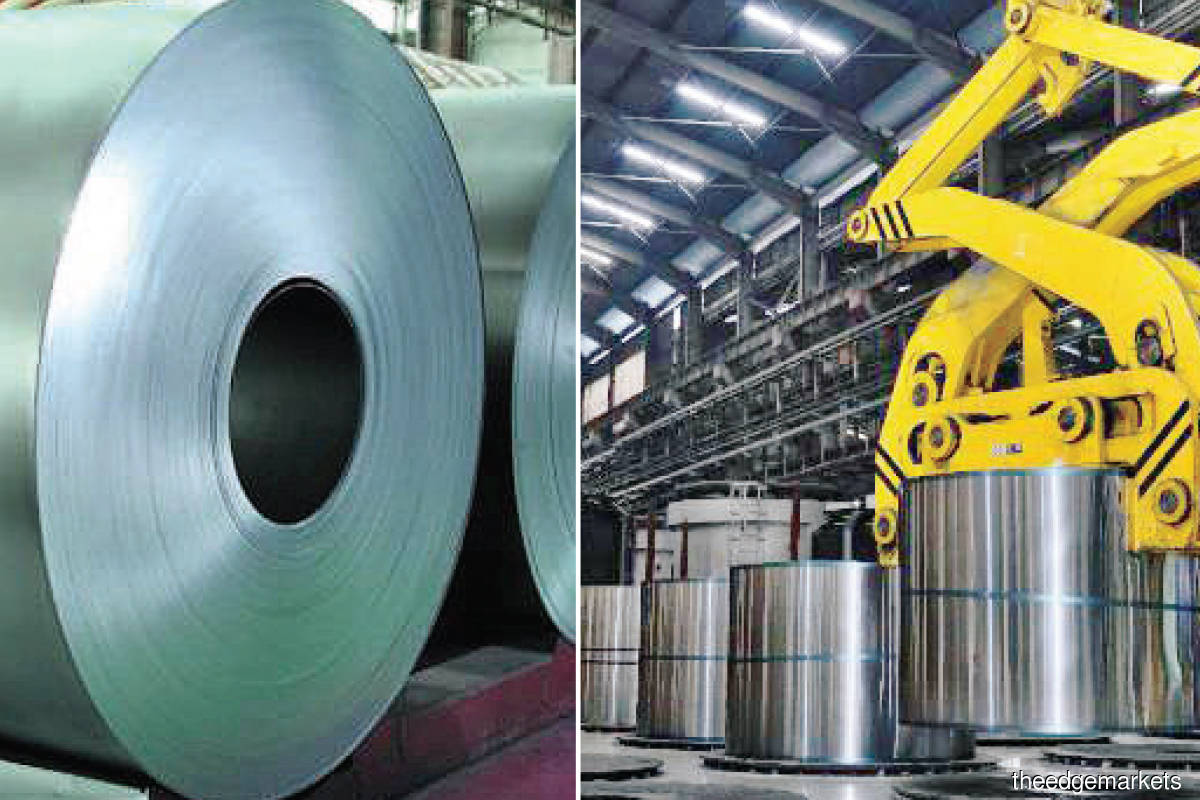 A high-ranking executive from a flat steel company explains, however, that the dip in iron ore futures is a result of the US dollar’s strengthening. In a nutshell, when the dollar strengthens, commodities become more expensive in non-US dollar currencies. This tends to adversely impact demand.

The executive says, “On a net-net basis, it’s still the same; it (iron ore) is still at record-high prices. The dip is because the dollar has strengthened.”

On the local bourse, the dozen or so companies involved in the production of flat steel and related businesses have gained traction over the past few months, buoyed by the promise of higher earnings.

Iron ore is a key component of steel, which explains the increase in the price of futures.

“(The reason is) a global supply shortage and strong manufacturing demand. Steel selling prices across the entire value chain have increased concurrently with the strengthening global iron ore prices,” he explains.

On whether the high iron ore price is sustainable, the executive explains, “In the first and second quarters last year, when there was a lockdown (as a result of the Covid-19 pandemic), several large global steel companies reduced capacity by shutting down blast furnaces. Operations in some Brazilian iron ore mines also ceased. (But) during the lockdown, furniture sales picked up, as many opted to work from home. Sales of white goods (home electrical appliances such as refrigerators and washing machines) picked up, laptops and computers also sold in larger numbers, and now automobile sales are picking up … so flat steel players are looking good.”

“Normally, steel plants keep two to three months of steel raw material stock at any point in time. During the lockdown, while consuming existing stock, many of the steel companies either completely stopped or reduced steel procurement. So, when the plants restarted operations, most were short and hence there was a huge simultaneous pull globally for steel products as attempts were made to normalise operations and stockholding to meet the pent-up demand. Most manufacturers in the steel value chain were caught by surprise at the fast rate of recovery. Many plants are now operating on a month’s stock of raw material,” he explains.

Much of the demand for steel is fuelled by China. From January to October 2020, the country increased its share in world steel production to 58%, from 54% previously.

China’s steel imports increased 150% to 38.56 million tons in 2020, according to the country’s customs agency, as local producers fought to keep up with surging demand brought about by government efforts to revive the economy after the coronavirus-induced downturn.

The country’s post-Covid 19 economic recovery has been robust even as other countries struggle with the pandemic. With its 14th Five-Year Plan spanning 2021 to 2025, China is set to make new strides in economic development, and is expected to require large amounts of steel.

While demand for steel has been creeping up, iron ore supply has hit a snag, with Brazilian iron ore giant Vale’s production capacity stretched. Vale had to shut down some of its mines owing to the pandemic.

While Vale’s production was adversely impacted by Covid-19, China ramped up imports after geopolitical tensions with Australia surfaced. Australia had called for an investigation into the origins of Covid-19.

Fearing that Australia would restrict the export of iron ore, China increased imports from other iron ore-producing countries as a precaution, which further nudged iron ore prices up.

There have also been murmurs of China cutting export tax rebates on steel (currently as high as 13%), which would result in Chinese steelmakers concentrating on the domestic market as opposed to exports. With Chinese steel mills no longer exporting steel, there could be a further supply gap, which would boost spot prices.

Against this backdrop, iron ore and steel have both seen a strong increase in demand and price.

Among the more prominent flat steel companies is CSC, which is 46% controlled by China Steel Asia Pacific Holdings Pte Ltd. For its fourth quarter of FY2020 ended December, CSC chalked up a net profit of RM21.43 million on the back of RM367.53 million in revenue. For the corresponding period in 2019, it recorded a net profit of RM7.06 million from RM334.39 million in turnover.

Brothers Datuk Toh Yew Peng, who is the managing director, and Toh Yew Keat (executive chairman) have almost 38% equity interest in the company.

Leon Fuat, meanwhile, posted a net profit of RM18.09 million on the back of RM198.96 million in revenue for its fourth quarter of FY2020 ended December. This compares with a loss of RM4.18 million from RM149.58 million in sales a year ago.

Leon Fuat is almost 71% controlled by the Ooi and Ng families, who founded the company.