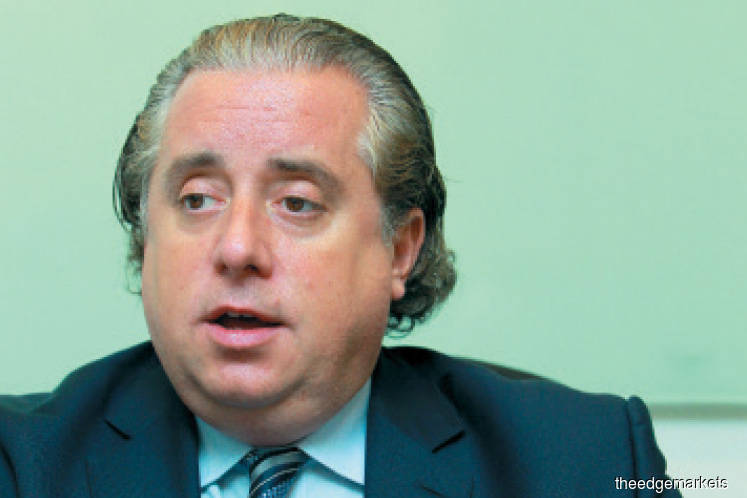 Fixed-income investors looking to tap the European market can consider Italian and Polish government bonds as they are currently undervalued, says David Zahn, senior vice-president and head of European fixed income at Franklin Templeton in London. On the other hand, the government bonds of France are overpriced.

Zahn says markets have been concerned about Italy leaving the EU since the new government was elected in May. The government was formed by a coalition between the Five Star Movement and the League (formerly known as Northern League), both of which adopted anti-EU rhetoric during their election campaigns.

“The markets have been pricing in the political risk. The new government wants to make policy changes and spend money to spur the country’s economy instead of adopting fiscal prudence. Bond yields have risen and prices have dropped,” says Zahn.

Italy has a public debt of more than 130% of the country’s gross domestic product, making it the second most indebted country in Europe after Greece. But the government does not plan to implement prudent fiscal measures such as cutting the budget deficit, according to recent media reports.

However, Zahn is of the view that the government may eventually find ways to cut the deficit to prevent the economy from faltering. Also, it may not follow through on its election promises.

“A lot of populist political parties that form governments promise to make many changes. However, not many things are done accordingly. For instance, the Italian coalition government has already toned down talk of leaving the EU. But many are still worried that it will do so,” says Zahn.

Value has emerged in Polish government bonds as market players rush to sell off their emerging-market bond holdings, partly due to the US Federal Reserve’s rate hike. There are also political uncertainties in Poland that have worried investors, says Zahn.

One of the widely reported political events in the country is the incident where 22 Supreme Court judges were forced to resign in July on the back of judicial reforms that included bringing forward the retirement age of judges from 70 to 65. The reforms were said to make the courts more efficient and “eradicate the residual influence of the communist past”, according to Reuters. The European Commission subsequently launched legal action against Poland over its controversial reforms as the country had failed to respect democratic norms.

“However, we think the fiscal position of Poland is strong and that will offset the country’s political risk,” says Zahn.

On the other hand, French government bonds are overpriced, mainly due to buying from Asia-based investors who are positive on the changes President Emmanuel Macron could bring to the country’s economy. A recent example is the reform and privatisation of the debt-ridden state-owned railway company Société Nationale des Chemins de Fer Français (SNCF) before its monopoly on domestic passenger rail expires. However, this has caused far-left trade unions and other organisations to take to the streets in protest against the plan.

Zahn is sceptical about Macron’s ability to implement the necessary reforms to revive the French economy. “Yes, Macron is one of the few leaders in the EU who gained majority support during the last election. But his popularity has continued to decline as he is not delivering as much as an outsider [to the country’s political system]. I don’t think he can get through as many reforms as he promised and the market is giving him too much credit,” he says.

Zahn says France’s economy is also not as strong as those of other EU nations. While the country’s unemployment rate has come down, its growth remains weak and it is running a current account deficit while most of its EU peers are having surpluses. “From a fiscal perspective, there are very few things which you can say they are doing very well,” he adds.

Zahn does not hold many UK corporate bonds as he is underweight on the pound sterling due to the ongoing Brexit negotiations. The UK will leave the EU on March 29 next year, but it has not struck any trade deals with the latter yet. “It is difficult to see the pound rallying a lot. And if it leaves without a deal, the currency will decline quite significantly,” he says.

Zahn warns investors of the impact Brexit could have on the EU’s economic growth and corporate earnings. That is because the EU has been exporting a lot of goods and services to the UK and enjoys a huge trade surplus. He says investors should take note of the impact of Brexit on the EU, rather than being too focused on the UK.

Zahn is confident that the global economy will continue to grow over the next 18 to 24 months despite the gradual normalisation of interest rates by central banks. He says this should be a sign that many economies are recovering well, partly indicated by the rising inflation rates of those countries.

He is not too concerned about the flattening US Treasury yield curve. “I am not too worried because central banks all over the world have been printing money in recent years. And some of this money [from low-yielding countries such as the EU and Japan] have moved into the US [chasing higher yields]. People have not caught on to this. If you look at the yield curves in the EU and Japan, they are both steeper than the US. And if you look at the Fed’s balance sheet, it is still quite large,” says Zahn.

“People are comparing the US yield curve to 20 years ago. I think they are wrong because of the quantitative easing distortion in recent years. You won’t get the same clarity [from the yield curve] as in the past.”

The spread between the 2-year and 10-year US Treasury yields had tightened to 260 basis points as at Aug 17, according to the official website of the US Department of the Treasury. If the 2-year yield curve continues to rise, it could be inverted, which is typically a sign that the US economy is moving towards a recession.

Zahn is not particularly worried about the various tariffs imposed by the US on countries such as China. However, if the trade dispute between the two countries remains unresolved for the longer term and new tariffs continue to be rolled out, this could be a key risk to global growth.

“People are watching closely at whether is it a one-time event or if it will be repeatable. If it is the former, I don’t think it will be a problem under a [still-expanding] global economy.”