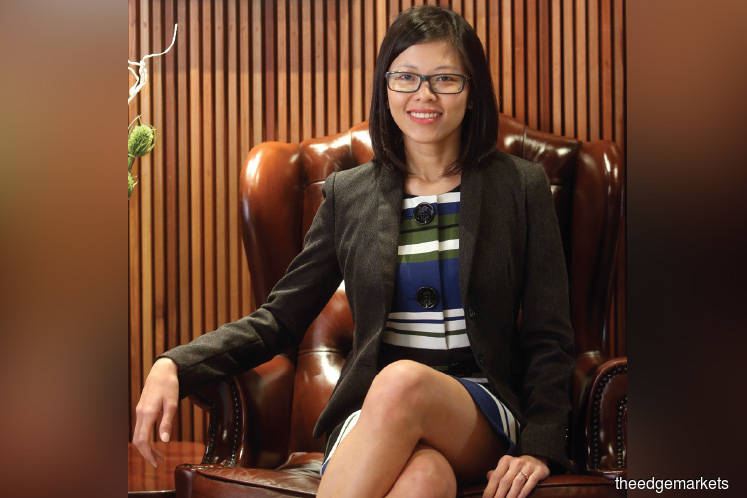 Investors should allocate some of their assets to risk-free bonds to defend their portfolios and cushion it from a potential selloff of risk assets in a risk-off environment, says

According to her, investors would likely see heightened volatility and extreme price action this year. In such an environment, the safest place to invest would be government bonds or those issued by quality companies. “Significant downside risk on growth has been priced in and the rally seems to be overdone. The US economy continues to grow, albeit at slower pace,” she says.

“At the current juncture, where the difference between the interest rate and 10-year US bonds is at 0.1%, we prefer to be on the shorter end of the curve and wait for a better entry level to extend duration. We intend to lengthen it to the second half of 2019 with the expectation of lower global growth.”

Rates tend to rise in a late economic cycle, which is where Wong thinks the market is heading into this year and the next. Thus, the fund house is looking to capture the opportunity to increase exposure to government bonds in preparation for the next slowdown.

“For US Treasuries, the neutral rate for the US right now is about 3% with a very flat yield curve. So, the 10-year Treasury rate of between 3.4% and 3.5% is the level that we are watching. There may be some upward pressure if it surpasses this range but at those levels, we are comfortable to add our exposure to government bonds,” she says.

Wong says the fund house sees pockets of opportunity in corporate bonds due to the selloff last year. She adds that the team continues to selectively buy corporate bonds that are able to provide investors with a steady stream of income over the medium term. This means looking for issuing companies with high cash flow, strong credit metrics and sustainable businesses.

“Fixed-income default risk is very real. A lot of investors do not realise this because we have been in this pool of liquidity for many years. I think going into quantitative tightening, investors have to take a cautious approach and learn how to differentiate between good and bad quality companies. I would stick to quality companies and continue being defensive until there is a technical and sentiment turn,” says Wong.

Geography-wise, the current focus of AHAM’s fixed-income team is still Asia considering the attractive valuations, she says. “Inevitably, we have to look at China as it accounts for more than 50% of the index. Last year, it went through some soft and hard patches and valuations have corrected. So, in terms of yield, we like it and are just waiting for the right time to deploy our cash. We have to be very selective and pick the right companies.”

In 2017, the fund house’s portfolio performance suffered from the higher US Treasury yields and weaker technical data coming out of China, says Wong. So, the team took a few cautionary moves last year to minimise losses, it could have been done more aggressively, she notes. Nevertheless, the portfolio outperformed its benchmarks.

Wong believes that this year will be more volatile than last year. For one, there will be more political risks. The UK is scheduled to formally exit the EU by March 28, but there is still no confirmed deal and certainty on whether it will be a soft or hard Brexit. “A hard Brexit would destabilise the whole EU. And following that, we can expect a spillover to other markets, given that the UK is part of the G4 group and the EU is part of the G3. So, we will be paying close attention to this,” she says.

The European parliament election will take place in May. With that, there is an increasing likelihood of extremist parties gaining more seats, which generally does not fare well for the global economy, says Wong. “In Italy, there are more anti-Euro establishments looking to get more seats. That is the reason Europe did not do very well last year despite the recovering economy — politics is disruptive.”

Investors should also pay attention to the change of head at the European Central Bank (ECB), she says. The current ECB president Mario Draghi has been reinforcing dovish policies and keeping interest rates at very accommodative levels. This may change after his term ends in October, which could potentially cause tighter financial conditions.

This year, investors will very likely see the US Federal Reserve continue to hike interest rates, says Wong. “Typically, central banks do not want to be seen as being behind the curve, they want to be ahead of it. So, even though inflation has not really risen as fast, they have to continue to hike rates to prepare themselves for the next recession and global economic slowdown in the light of the strong labour market and lowest unemployment rate since the 1960s.

“If the market is slowly moving on to Fed’s trajectory, the US dollar will strengthen, which is going to put some upside pressure on US Treasury yields. That means risk sentiment will deteriorate.”

Investors should be mindful of liquidity withdrawal in global markets, she adds. After a prolonged period of suppressed volatility as a result of the quantitative easing programmes undertaken by major central banks via asset purchases, the market is seeing the complete opposite impact on financial assets in the current quantitative tightening environment as central banks withdraw liquidity.

“Put it another way, too much liquidity in the system has pumped up the prices of financial assets over the past years. As liquidity is being withdrawn, the reverse happens,” says Wong.

Growing with the team

Maggie Wong, senior portfolio manager at Affin Hwang Asset Management Bhd (AHAM), joined the fund house as an investment analyst after graduating in 2010 as she could not find a job in her area of specialisation — actuarial studies. Despite not having formal education in asset management and prior work experience, she decided to give it a go.

“I was seriously looking for actuarial-related jobs, but this opportunity came first. I decided to try it out and think about actuary later. A lot of people convinced me that I should stay in asset management, including my boss, Teng Chee Wai [managing director of AHAM], who also had an actuarial background. I am glad I stayed because I discovered that I really enjoy doing this,” says Wong.

She joined the company when it was still known as HwangDBS, a small team of 100 employees with just RM10 billion in assets under management (AUM). Today, its AUM has grown about fivefold, having surpassed the RM49 billion mark and the company has more than 300 employees.

When Wong came on board, the team only managed Malaysian credits. It subsequently expanded beyond Asia and in 2012, began looking at global bonds. Having an in-house global fixed-income team is no mean feat as typically, local asset management firms outsource their investment mandate to an external fund manager located abroad.

“It was definitely very challenging because in Malaysia, there are not many fund houses that even cover Asian fixed income. In this role, we have had to read and learn a lot. It also helps that the company’s management is very supportive. For example, it is always willing to send us overseas for conferences, where we can gain exposure and learn to be as good as the global houses,” says Wong.

She adds that AHAM is different from other fund houses as it emphasises connecting with clients and using both top-down and bottom-up approaches. A top-down approach is important because the team has to know where interest rates are going, what key policies are being introduced and what political events are coming up to determine its asset allocation, which is done on a quarterly basis, she explains.

Having a bottom-up approach, meanwhile, is important to avoid default risks, says Wong. “Returns from fixed income, unlike equities, are asymmetrical. So, if a company in your portfolio has a default recovery rate that is very close to zero, it is difficult to recover the money. That is why we pay a lot of attention to credits. While we may lose out in the short term, I believe our credit stance will bear fruit in the long term and clients will continue to trust us with their money.”