To fix China, look to Korea 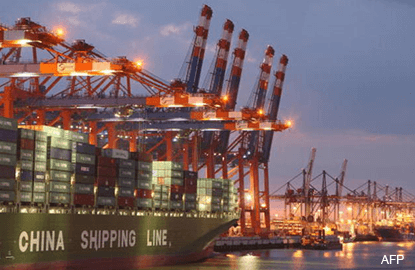 EARLIER last week, markets made clear how little they think of China’s attempts to revamp the giant, state-owned companies that dominate its economy. After the government approved the merger of two massive shipping groups, two of their listed subsidiaries swiftly shed more than US$850 million (RM3.64 billion) in value last Monday.

Investors appear to appreciate something the regime doesn’t: Simply tweaking the structure of state-owned enterprises (SOE) — professionalising their management, inviting in private investors and merging loss-making companies — isn’t going to transform them into world-beaters.

If Chinese leaders want proof, they need look no further than neighbouring South Korea. Twenty years ago, Korea had similar problems with its biggest companies as China does today. While the family-managed conglomerates known as chaebols weren’t owned by the state, the financial community in Seoul widely believed they were “too big to fail” and would always be supported by the government.

As a result, a few large companies were able to suck up the economy’s financial resources no matter how poor their performance, how high their debt or how silly their business plans. Though conglomerates such as Samsung, Hyundai and LG dreamed of becoming innovative enough to compete head-to-head with rivals from the US and Japan, their products were considered second-rate — and earned the low prices to match that reputation.

Today, the chaebols have grown into the national champions China wants its SOEs to become. Samsung is the largest smartphone brand in the world. Hyundai cars are known for quality. LG has a buffed image in appliances and electronics.

The key was breaking the triangle between government, banking and corporations. During the high-growth period in Korea, the close networks among the nation’s top policymakers, chaebol chiefs and major bankers propelled stellar growth rates by funnelling credit to favoured industries, thus creating the conditions for high investment.

But by the 1990s, that system had begun to work against the economy. Gorged with easy money, chaebols never had to become truly competitive. Managers, free from oversight by bankers or the demands of profitability, wasted funds on uneconomic projects while starving potentially more productive and innovative parts of the economy of resources.

The 1997-98 Asian financial crisis undid those cozy networks. At the time, Koreans saw the experience as a national humiliation, which forced them into a painful International Monetary Fund bailout. But today, it’s considered a necessary evil, which set the stage for Korea’s leap into the ranks of truly advanced economies.

Banks were freed from state influence and held to more stringent accounting standards; that encouraged them to make smarter loans and to allocate capital more rationally. The government prevented chaebol affiliates from guaranteeing each other’s loans, making it harder for weaker businesses to survive.

Once off the dole, chaebols had to stand on their own. They responded by focusing on industries in which they could compete better with their global peers. That often meant streamlining their business by cutting staff and selling assets. Data from the Organization for Economic Cooperation and Development shows that Korea increased its research and development spending from 2.2% of gross domestic product in 2000 to 4.1% in 2013, twice the level in China.

Granted, chaebol reform is far from complete. Founding families typically dismiss the concerns of minority shareholders and still occasionally make decisions based on ego rather than business sense. The government also takes too soft an approach in regulating tycoons.

In August, President Park Geun Hye pardoned several business leaders including SK Group chairman Chey Tae Won, who had been jailed for embezzlement, because, she told her cabinet, their talents were required “for the tasks we face — economic revival and job creation.”

Nevertheless, Beijing’s plans don’t even come close to what Korea has already achieved. China’s growth model, too, has depended crucially on coordination between government, finance and companies. Its SOEs, like the chaebols of yesteryear, vacuumed up resources while generating meager returns: According to a November report by bank BBVA, state-owned companies absorb 80% of all loans but their return on assets is only a third that of private firms and half the level at foreign-invested companies.

Yet instead of dismantling those clubby government-business ties and trusting the market to make companies more efficient, Beijing’s policymakers want to maintain their control of the commanding heights of the economy, not least to prevent mass lay offs. The Communist Party’s “leadership can only be strengthened rather than undermined as SOE reforms have entered the deep water zone,” a party document declared in September.

The financial crisis destroyed that myth, as many chaebols went bankrupt or were dismantled. China may not collapse into a similar crisis, but as long it prioritises state control and economic stability over corporate reform, its economy will face similar distortions.

South Korea would never have become the competitive economy it is today without eliminating the old bonds between the state and business. China will never match Korea’s success until it does the same. — Bloomberg View