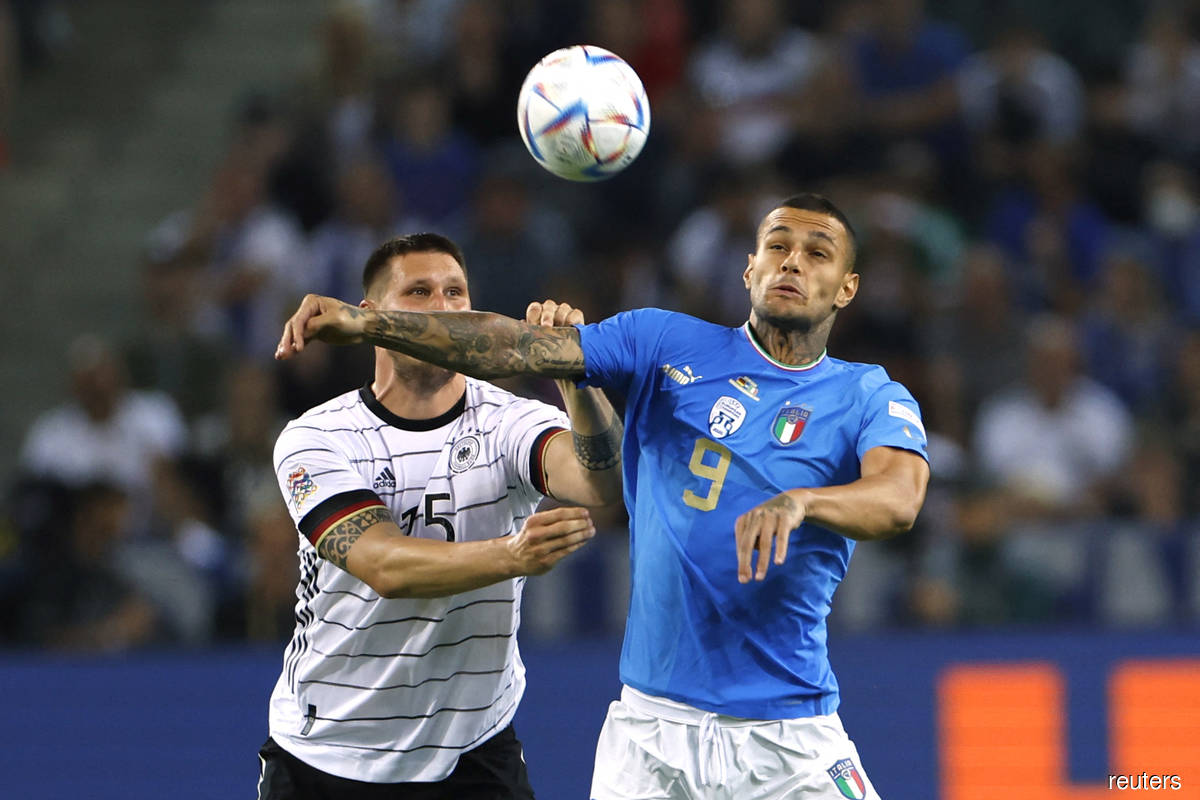 In Germany's best performance under Flick, Timo Werner struck twice after goals from Joshua Kimmich, Ilkay Gundogan and Thomas Mueller had put them in the driving seat.

Teenager Wilfried Gnonto pulled one back in the 78th and Alessandro Bastoni headed in a second for the visitors in stoppage time.

This was Germany's first Nations League win in four matches, and the first for Flick, unbeaten in 13 matches since taking over last year, against a top European nation. They had drawn against Italy 10 days ago.

Germany, looking to peak at the year-ending World Cup in Qatar following a first round exit in 2018, are now on six points in second place, one behind Hungary.

"I have to congratulate the team which put in such a performance in the fourth game of the Nations League," Flick said.

"We needed the win because victories are good for the confidence and we saw after the first goal what was possible."

"We are looking forward to the road to the World Cup. We have two matches in September to see what still needs to be fixed or adapted," he added.

Flick's team had struggled in a 1-1 draw against Hungary last week after also drawing with the same score against England and Italy earlier this month.

Germany captain Manuel Neuer had promised fireworks from the start and both teams had chances to score in a pulsating beginning.

It was Germany who struck first when Kimmich charged into the box and tapped in a David Raum cutback in the 10th minute.

The hosts then upped the pace, attacking with a burst of passing moves against Italy's untested side with Jonas Hofmann and Werner going close for the Germans.

On the stroke of halftime, Gundogan stabbed in a penalty to give them a two-goal cushion.

Yet the Germans struck against the run of play with Thomas Mueller rifling in following a clearance from the Italian defence, to take the wind out of the visitors' sails.

Werner got on the scoresheet, sliding in to connect with a Serge Gnabry assist in the 68th and then added another a minute later when Italy keeper Gianluigi Donnarumma's pass was intercepted.

Gnonto pulled one back with his first international goal, becoming the youngest scorer for Italy at the age of 18, and Bastoni added a second to deny the Germans a record winning margin over them.