Five hotspots where food prices are getting people worried 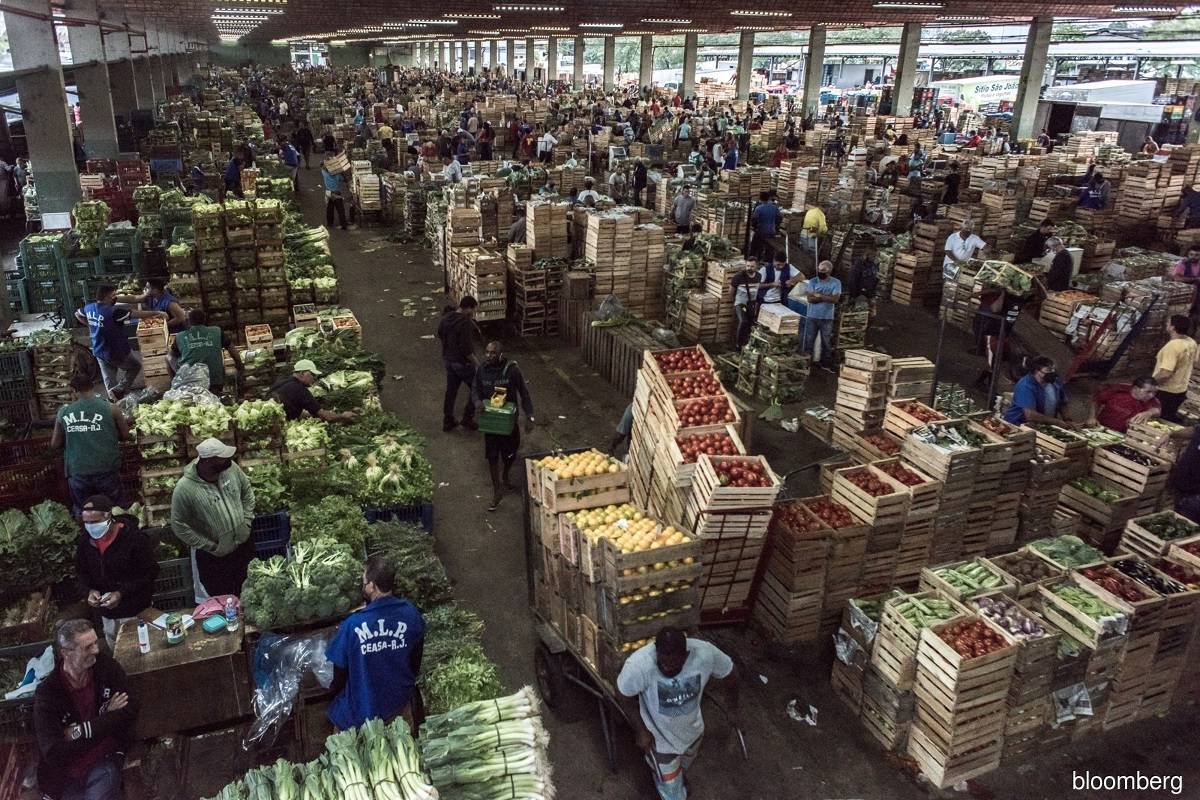 LONDON (March 1): The world is racing to vaccinate its way out of the coronavirus pandemic, but another challenge has already emerged for some more vulnerable governments and economies.

Global food prices are at the highest in more than six years, driven by a jump in the cost of everything from soybeans to palm oil because of demand from China, vulnerable supply chains, and adverse weather.

Some banks warn the world is heading into a commodities "supercycle". Inflation is putting another squeeze on consumers hurting from pandemic-induced recession and — in some places — falling currencies. Since the start of the year, protests have raged in Sudan, while anxieties over securing food contributed to strife in Lebanon and Tunisia, ground zero for the Arab Spring uprisings a decade ago. In India, farmers revolted against efforts to bring prices down. Russia and Argentina have restricted crop shipments to suppress prices at home. Even rich countries like the United Arab Emirates are considering possible price caps on some foods.

"These price spikes are destabilising, not just because they induce a lot of hardship on communities and households, but also because there is this expectation that the government will do something about it," said Cullen Hendrix, non-resident senior fellow at the Peterson Institute for International Economics, a Washington-based think tank. "The implications are going to last longer and beyond the pandemic."

As ever, the impact is disproportionate. In rich Western countries, it may just be a case of switching product brand. In the poorest nations, it can mean the difference between sending a child to school or out to earn money.

Yet, it is in the largest middle-income countries where the effects may resonate most for the world. They are some of the most populous places on the planet and where food costs make up a larger share of consumer price baskets. They are also where governments are under more pressure to act.

Latin America's biggest economy stands out among emerging markets for having the fastest increase in food prices in the past year relative to overall inflation because of a sustained decline in the currency, according to Oxford Economics Ltd. Meanwhile, President Jair Bolsonaro's popularity is falling to near record lows and he is trying to find new ways to mollify the electorate. On Feb 19, he abruptly removed the head of the state-controlled oil company after a row over fuel prices. He also has been pushing for a new round of coronavirus aid to the poor after cash handouts ended in December.

The trouble is that the money served to push up food prices, according to Maria Andreia Lameiras, a researcher at the economics research institute Ipea. Rice jumped 76% last year, while milk and beef soared by more than 20%. "The government dispensed money to the population with the highest expenditures on food," Lameiras said.

The cost of securing vital nutrition threatens to widen inequality in a country with the biggest income gap in the region, a situation that has only been exacerbated by the pandemic. Even if the aid returns, the monthly payment would be lower and reach fewer people, limiting its scope to mitigate extreme poverty.

Memories of soaring prices and empty shelves in the aftermath of the Soviet Union's collapse are still vivid for many Russians. With his popularity barely back from nadirs and protests demanding the release of jailed opposition leader Alexei Navalny, President Vladimir Putin is wary of the political impact of food costs.

In recent weeks, the world's No 1 wheat exporter imposed tariffs and quotas designed to curb sales abroad and drive domestic prices lower. Russia's largest retailers were also ordered to freeze some food prices, with potatoes and carrots up by more than a third from last year.

But such limits could backfire and end up fuelling overall inflation. The Audit Chamber, a government watchdog, estimated in January that food prices overall will jump when the restrictions are lifted at the end of March.

"Russia may see some real political mobilisation around food prices," said Hendrix. "Authoritarian governments tend to be somewhat more permissive of these types of 'kitchen table issue' protests than they are of more general campaigns against corruption and authoritarian rule. Though, as the Arab Spring demonstrated, the former can become the latter—sometimes very quickly."

Food prices in Africa's biggest economy make up for more than half the country's inflation index and rose at the fastest pace in more than 12 years in January. An average Nigerian household spends more than 50% of its budget on food. The costs are adding to a perfect storm of food security challenges that have haunted Nigeria throughout the pandemic.

Foreign currency reserves needed to import goods dried up after a plunge in oil prices. Supply bottlenecks and attacks on farmers have also weighed on supply of agricultural goods. There were also shortages of staples such as rice after the authorities restricted imports and closed land borders for 16 months. They reopened in December, but that has done little to ease inflation.

Food-related grievances played a role in sustaining the #EndSARS protests in the fall. What first started as demonstrations against police brutality under President Muhammadu Buhari turned into looting of warehouses storing such things as noodles, rice, and pasta.

As the world's biggest per-capita consumer of bread and its top flour exporter, Turkey is particularly exposed to a rally in commodity markets. Food prices rose 18% in January from a year earlier, with sharp jumps in staples from grains to vegetables.

Turkey has grappled with a double-digit food inflation for years, but the political implications for President Recep Tayyip Erdogan are increasing as food costs hit his core support base along with the plunge in the value of the lira.

Erdogan ordered an investigation into the increase in food prices. He said oil, pulses, vegetables, and fruits were the "primary concern". The Trade Ministry may impose fines on businesses that sell food products at high prices, the president warned in January. The trouble is that government threats and financial penalties in 2019 barely moved the needle.

Home to the most arable land after the US, India is the world's biggest exporter of rice and the second-largest producer of wheat. At the same time, millions of people cannot access affordable food and the country has some of highest rates of child malnutrition. While costs for staples rose more slowly in recent weeks, food remains at the centre of political tensions that have been dominating India. Protests by farmers escalated over a move by Prime Minister Narendra Modi's government to liberalise the market for crops. Growers are concerned the new law will push down prices.

Modi is pushing with reforms that many believe are designed ultimately to cut India's food subsidy bill, the biggest in the world. The government said in January it was becoming "unmanageably" large. Cuts to food and fuel subsidies have often translated into unrest and projections are not looking good in the next two years, according to Verisk Maplecroft.