Fitters Diversified to buy 40% stake in German RE firm for RM6.6m 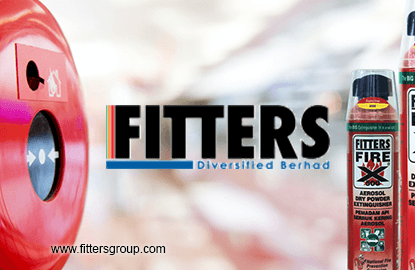 In a statement yesterday, the group said its wholly-owned subsidiary Future NRG Sdn Bhd (FNRG) will undertake the acquisition of 600,000 shares in AHT Syngas at €2.665 apiece (RM11.05) or €1.6 million in total.

Fitters Diversified, which is also into property development and construction besides RE, said AHT Syngas is a leading player in the designing and manufacturing of biomass and coal cogeneration systems and technologies.

It said the targeted company also has a proven track record in power plant set-up in various countries, such as India, Indonesia and Japan.

“Having a significant stake in AHT Syngas, Fitters Diversified will have further access to AHT Syngas’ state-of-the-art technologies and will benefit from its planned expansion into Asia, including China and the Southeast Asia region,” said Fitters Diversified managing director Datuk Richard Wong.

“We are optimistic that this investment would go a long way towards placing us in the forefront of the renewable energy sector, and will contribute positively to the group in the future,” he added.

The purchase consideration of approximately RM6.6 million will be funded by internally generated funds and the stake buy is expected to be completed by early August. Fitters Diversified (fundamental: 1; valuation: 1.8) also noted that last year, FNRG and AHT Services agreed to collaborate to set up a joint-venture company targeting the RE power generation sector in the Southeast Asia region.