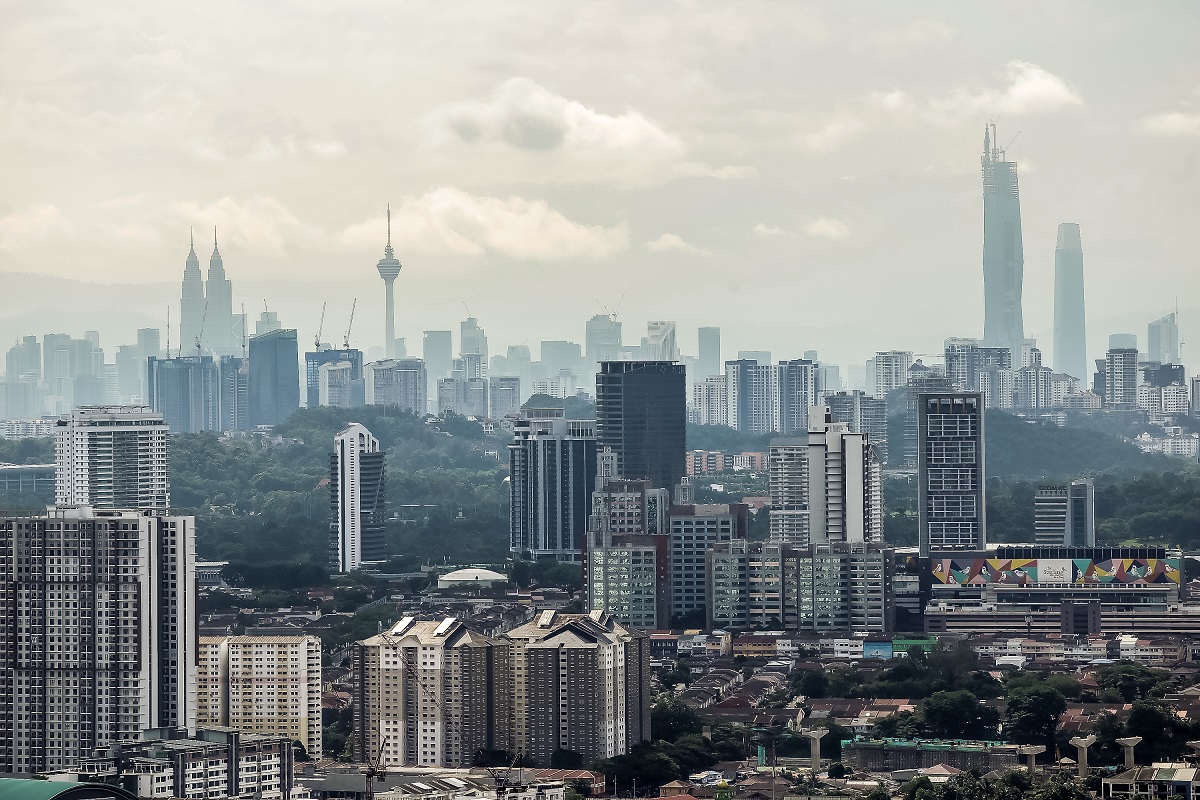 In a statement today, the international credit rating agency said the key rating drivers were strong and broad-based medium growth and persistent current account surpluses with a highly diversified export base.

However, it said the ratings were weighed down by Malaysia's high public debt, a low government revenue base and lingering political uncertainty.

Fitch said Malaysia's economy is gradually recovering from a contraction of 5.6% in 2020 caused by the Covid-19 pandemic, even though social distancing measures have been tightened over recent months. A nationwide lockdown in place since the beginning of June due to a third Covid-19 wave, is negatively affecting the services sector.

However, it noted that manufacturing and exports continue to benefit from thriving demand for Malaysia's export products, including electronics, crude oil and personal protective equipment made of rubber.

“We expect gross domestic product (GDP) growth of 4.5% in 2021 and 6.3% in 2022, as the output gap narrows and the vaccine roll-out gathers pace, which should allow the services sector to benefit from pent-up demand.

“Risks to our growth forecasts are mainly related to the evolution of the pandemic. Close to a quarter of the population has received a first vaccine dose, while the government aims to inoculate 80% of the population by the end of year and appears to have secured enough vaccines to do so,” said Fitch.

Additionally, Fitch said Malaysia has been running consistent annual current account surpluses for more than two decades, and it expects it to continue to do so in the next few years, although the surplus is likely to narrow to 3.6% of GDP in 2022 from 4.1% in 2021, as import compression will likely gradually dissipate.

The pandemic has caused a significant rise in Malaysia's general government debt, in line with its rating peers. According to Fitch’s forecasts, Malaysia’s debt will reach 78.1% of GDP in 2021, from a pre-pandemic level of 65.2% in 2019.

The debt figures used by Fitch include officially reported "committed government guarantees" on loans, which are serviced by the government budget, and 1Malaysia Development Bhd (1MDB)'s net debt, equivalent in December 2020 to 12.7% and 1.4% of GDP, respectively.

“On this basis, the debt burden is significantly higher than the median of 57% for sovereigns in the 'BBB' rating category. Malaysia's gross debt is over 400% of revenue, around three times the peer median,” it stressed.

Nevertheless, Fitch expects the debt ratio to decline slightly to 77% of GDP in 2022 and for this trend to continue, facilitated by the resumption of strong GDP growth.

As a result of relief spending and reduced government revenue, Fitch also expects the fiscal deficit to rise to 6.5% of GDP in 2021, from 6.2% in 2020. Part of the additional operational spending will be financed by increased revenue from above-budget international oil prices and dividends from government-linked enterprises.

On the medium-term fiscal outlook, Fitch said it remains subject to heightened political volatility, which may prompt more spending to garner support in parliament and delay meaningful revenue measures.

“We expect a gradual reduction in the fiscal deficit, which is forecast to average 5.2% of GDP over 2021 through 2023 (above the government's average target of 4.5%) as growth lifts revenues and Covid-19-related spending measures lapse.

“We expect general government revenue to remain low at 18.2% of GDP in 2021 ('BBB' median: 26.6%) and dependent on oil production, which the government expects to generate 16% of total revenue this year, a reduction from 25% in 2020, when Petronas provided a special dividend. The low revenue base is exacerbated by the removal of the goods and services tax in 2018 (which was replaced with a narrower sales and services tax) and has in recent years led the government to draw on special dividends of government-linked companies,” it added.

Meanwhile, it said the share of the government's foreign currency-denominated debt is also low, at around 3% of total debt. Nevertheless, it noted that the government is still relatively dependent on foreign financing, although foreign holdings of domestic debt proved remarkably stable during the pandemic at around 25% of the total, supported by a deep and developed domestic bond market.

It added that short-term external debt is high relative to foreign-exchange reserves (US$111.1 billion at end-June), although a significant part of this is relatively stable intra-group borrowing between parent and subsidiary banks domestically and abroad, reflecting the open and regional nature of Malaysia's banking sector.

Meanwhile, Fitch views that lingering political uncertainty weighs not only on the policy outlook, but also on investment and prospects for an improvement in governance standards.

It said two consecutive coalitions have governed since May 2018 with either a thin majority or minority support in parliament. It noted that this year, a de facto minority government has, nonetheless, been able to implement pandemic-related policies and provide relief measures. A state of emergency that was announced by the monarch in January to suspend parliament and facilitate the quick implementation of relief measures, will end on Aug 1, causing heightened uncertainty in the near term.

Fitch expects next rate hike in 2022

Monetary policy is likely to remain supportive of economic activity, after Bank Negara Malaysia (BNM) reduced its policy rate by a total of 125 basis points (bp) since the start of the pandemic.

The window for further policy rate cuts appears to be limited, given the approaching US Federal Reserve tapering and an increase in inflation in Malaysia, albeit from the base effect from low fuel prices last year. BNM indicated in its latest monetary policy statement that the inflation spike is likely to be transitory, and that it considers its policy stance appropriately accommodative. It expects BNM to start its tightening cycle in 2022 with a policy rate hike of 25bp.

While the banking sector's capital adequacy ratio of 18% in May 2021 remains higher than the 'BBB' peer median of 17%, banks’ underlying asset quality is difficult to assess in the presence of pandemic-related relief measures, as is the case elsewhere, in Fitch’s view.

“In July, Malaysia imposed a second six-month loan moratorium on all retail and SME loans on an opt-in basis, after an automatic moratorium between April and September 2020. This will further delay recognition of non-performing loans (1.6% of total loans in May) into 2022 and will allow banks to report modestly improved earnings and capitalisation in 2021 amid our expectation of muted loan growth of around 4%. It will take time, however, for banks' credit costs and profitability to fully normalise,” it added.