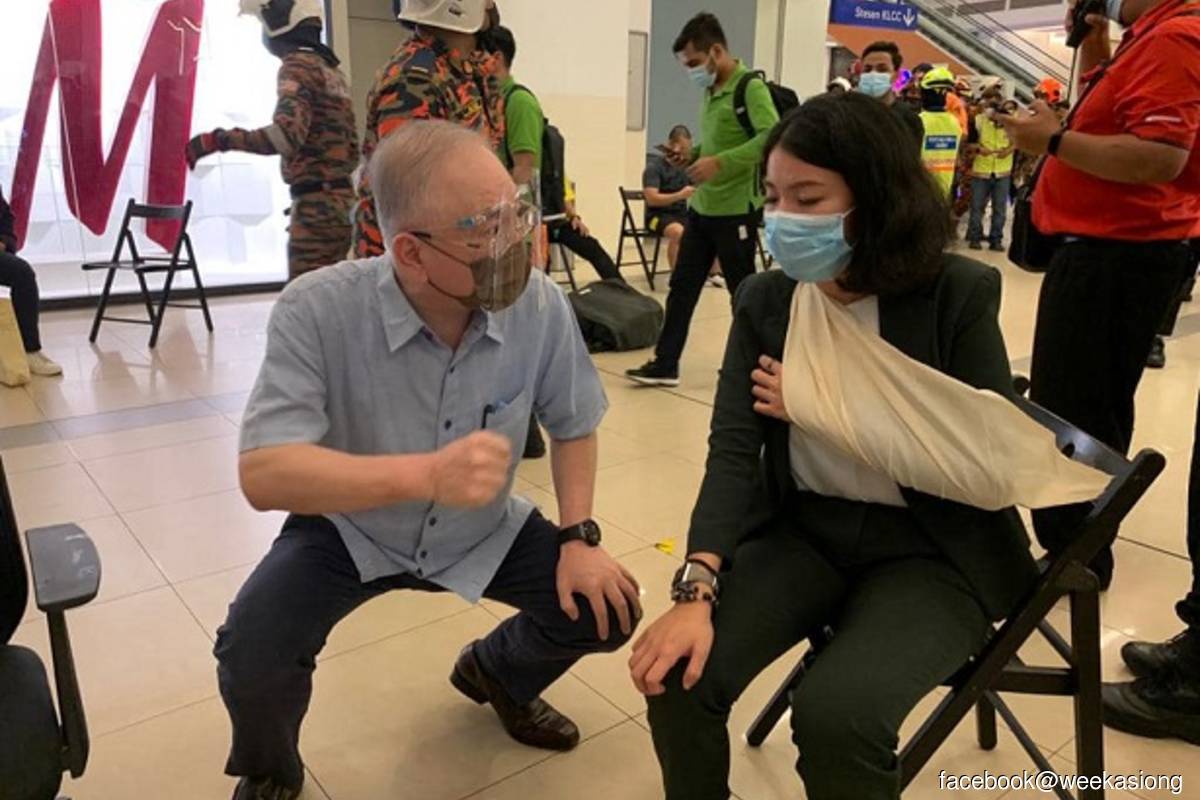 KUALA LUMPUR (May 24): The first Light Rail Transit (LRT) project here began its operation in December 1996 under Phase 1 between the Ampang and Sultan Ismail stations, which was known as STAR LRT then. It is now called the Ampang Line.

In addition, the Klang Valley had two more lines, the Sri Petaling Line, which was part of the STAR LRT network, and the Kelana Jaya Line, which was known as the PUTRA LRT.

The LRT in the Klang Valley had been mooted since the 1980s when the Kuala Lumpur Transport Master Plan study found that the capital needed an integrated rail system to improve its transport infrastructure.

However, since the LRT has been in operation, several incidents have occurred, including accidents that resulted in injuries.

The following are several incidents involving the three routes since operations began:

Oct 27, 2006: A STAR-LRT coach derailed and jumped the concrete barrier and ended up dangling 25 metres above the ground while the train was coming to a stop at its final destination at the Sentul Timur station. There were no passengers in the six coaches.

Nov 24, 2007: Two coaches in the middle of the STAR LRT train derailed while approaching the Sentul Timur station, resulting in the disruption of services at five stations from Sentul Timur to Sultan Ismail. Ten passengers were trapped in five trains that were stranded at several locations, but there were no injuries.

Sept 24, 2008: Four passengers suffered slight injuries when a STAR-LRT train hit the back of another train. There were about 300 passengers on board both trains.

Sept 9, 2017: Kelana Jaya LRT service was disrupted on the Setiawangsa-KLCC line, causing passengers to be trapped in the train for 20 minutes.

May 24, 2021: 47 passengers were seriously injured while 166 more suffered minor injuries when two trains collided in a tunnel on the Kelana Jaya LRT line between the Kampung Baru and KLCC stations.