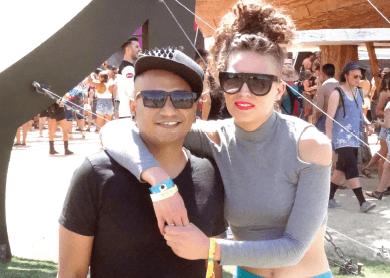 ONCE an afterthought for many international artists, India has quickly emerged as a hotbed for electronic dance music — and, in a sign of its growth, the first Indian act has played the influential Coachella festival.

The duo B.R.E.E.D, which had its start in Mumbai and Goa, put on an energetic set at the festival that closed last Sunday in the California desert with a style driven by a heavy rhythm that the band calls “future bass electronic.”

Away from the larger stages that showcase some of the world’s most famous bands, B.R.E.E.D played the more niche Do Lab known for promoting rising electronic artists. In an open enclosure designed like a whale carcass, B.R.E.E.D put on fast-paced numbers with hints of trap music as dancers sprayed from floral-adorned water guns into the sweaty and sunburned crowd.

If not for DJ Ritesh D’Souza’s shout-out to an Indian friend, it is unlikely that most at the show recognised the duo’s origin. But B.R.E.E.D experiments with Indian form on its latest album Binate, whose tracks include Tears led by the mournful violin of Manoj George.

B.R.E.E.D has also set electronica to a nadaswaram, a south Indian wind instrument, with D’Souza saying that the band wanted to “get a very exotic instrument, that people are not using actually, into our niche.”

Bandmate Tara Mae, a classically trained US pianist who met D’Souza while living in Mumbai, said the sound “has futuristic elements. It’s very, what we call, forward-pushing.”

The duo moved to Los Angeles in late 2012, hoping to expand its reach after becoming regulars in the Indian scene.

“We became big fish in a small pond, kind of, doing the same clubs with the same people,” D’Souza told AFP.

Goa, the western Indian state, was an early hub of electronic music as Western hippies flocked to its beaches and developed a style of trance music known for its free-flowing, psychedelic ambience.

But India in recent years has seen a boom in both home-grown and international electronic dance music. The Sunburn Festival opened in Goa in 2007, followed more recently by the VH1 Supersonic festival and others.

Some of the world’s best-known DJs such as David Guetta, Avicii, Steve Aoki and Tiesto now count India among their destinations on tours.

D’Souza and Mae attributed the growth in large part to music streaming services, an equaliser for Indian young people who can now instantly listen to tracks from around the world whereas once they were at the mercy of record stores that catered mostly to fans of Bollywood music.

“For the last four or five years, there’s been a massive growth in the electronic circuit in India,” D’Souza said.

Mae added that mainstream DJs dominated the Indian market but she noticed during her time in the country a spike in interest in lesser-known artists.

“It’s kind of surprising because you don’t think they would know about these artists, but they do, and they’re looking into it more,” she said.

Since moving to Los Angeles, B.R.E.E.D has become involved in numerous remixes and the duo hopes to move in more experimental directions.

Mae would like eventually to work with an orchestra, while D’Souza is eager for more collaborations on Indian music, particularly from the country’s south.

“A lot of people in the West think that bhangra is the only thing in India,” he said, referring to the dance pop from the northern state of Punjab. “They don’t know that every state has something to offer.” — AFP/Relaxnews 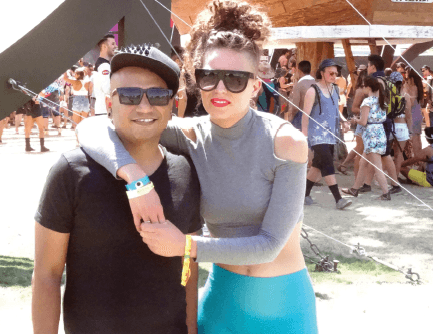