The first Airbus A380 super-jumbo to be sent for recycling 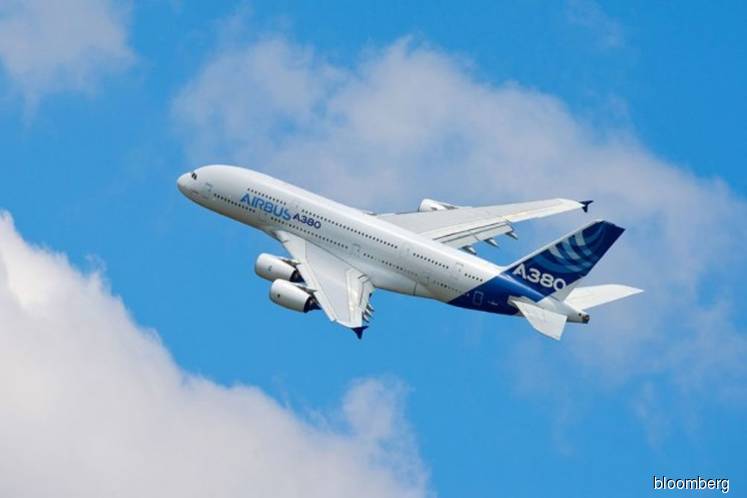 BERLIN (Feb 19): The first Airbus SE A380 super-jumbo to enter commercial service, a plane meant to revolutionize air travel and now being broken up for spare parts, is returning to the skies in an altogether more diminutive form: luggage tags.

The limited-edition collectors’ items crafted from the aluminum skin of the world’s biggest commercial airliner are on sale for 27.95 euros (US$30.19) each through specialist retailer Aviationtag.

Decommissioned aircraft parts have long found their way into the hands of aviation aficionados, from cabin juice trolleys to coffee tables made from wing parts to mini bars complete with windows carved out of fuselage sections. In this case, the hulking A380, with the manufacturer serial number MSN003, made its maiden commercial flight with Singapore Airlines Ltd from the city state to Sydney in Oct 2007.

The Asian carrier removed the aircraft from its fleet last year and transferred it to southern France, where the plane is being dismembered for spare parts like engines and aeronautic components.

In a bid to carve a bit of extra value from the jet, which can seat more than 800 people on two decks, a swathe of the outer skin is also being cut up to create 7,000 luggage tags. Each is engraved with a partial silhouette etching of the aircraft and data including an issue number.

Recycling aircraft is a profitable business because many components are worth more as single parts than the jet as a whole and remain in good working order. Planes are increasingly being broken apart at younger ages because technical advances have convinced airlines to opt for the latest, fuel-efficient models.

Airbus announced last year that it would discontinue production of the A380, because of its lackluster commercial success. While the model, boasting extras like first-class showers or bars where business-class passengers can mingle, is a hit with travelers, airlines have struggled to accommodate the giant four-engine model in their fleets, which are increasingly tilted toward smaller aircraft that can be deployed more flexibly within their networks.

Singapore Airlines was the first commercial operator of the A380. The biggest buyer by far is Emirates, which has ordered 123 A380s in total. Other operators, like Deutsche Lufthansa AG, Malaysian Airlines System Bhd and Air France, have cut back on their initial purchases and are beginning to retire the double-decker.

The last A380s will likely be produced sometime next year.