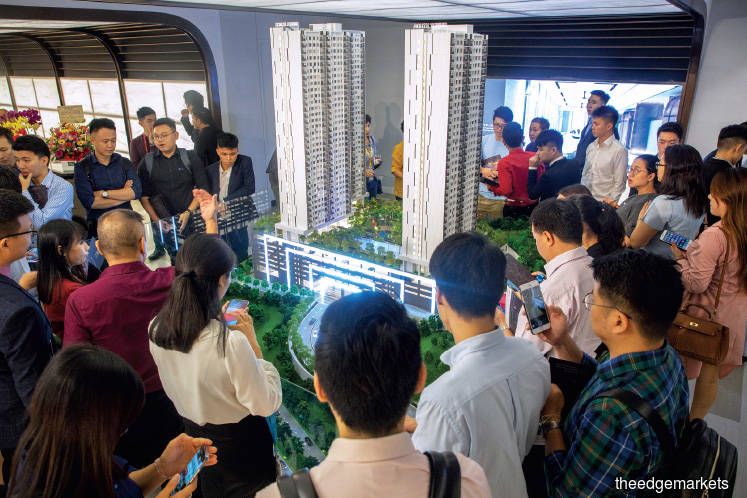 Leong: They [buyers] liked the concept elements, such as the grand lobby and facilities, and the strategic location

The first 200 units of South Tower (Phase 1) of Mah Sing Group Bhd’s M Oscar were fully taken up during their launch on the weekend of Oct 5 and 6. The remaining 232 units of the tower were released for sale on Oct 8 with an early bird rebate of 2%.

North Tower, with a total of 478 units, will be open for sale later, depending on market conditions.

Built on a 4.63-acre freehold parcel off Jalan Kuchai Lama in Kuala Lumpur, M Oscar will comprise two blocks with a total of 910 serviced apartments and have a gross development value of RM500 million.

“We are heartened the feedback from homebuyers who liked our show units as we put in effort to create modern designs and practical layouts,” said group director of strategy and operations Lionel Leong in an Oct 8 press release.

“The target market are mainly first-time homebuyers, singletons, young families and investors. They [buyers] liked the concept elements, such as the grand loband facilities, and the strategic location,” Leong added.

The project features a 2.7-acre facility podium offering, among others, a swimming pool, children’s playground, gymnasium, Jacuzzi and multipurpose hall. The maintenance fee is 35 sen psf.

The Taman Naga Emas MRT station is under construction 800m from the project. The mass rapid transit station is part of MRT Line 2, which is due to be operational in 2022.