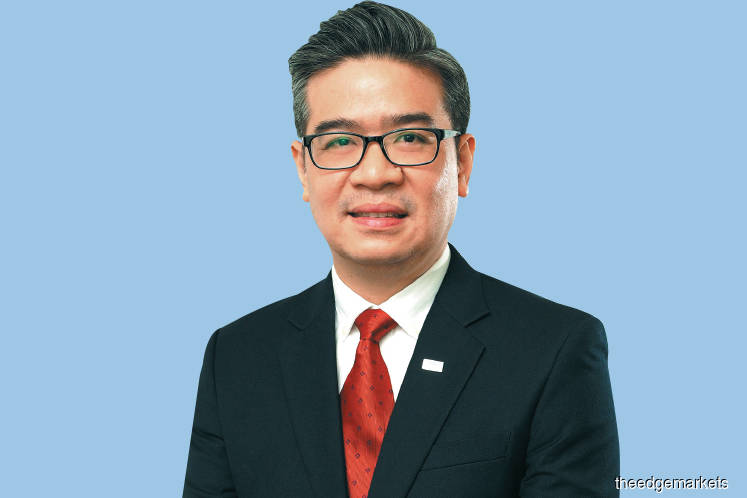 Malaysian banks are keeping up with some of the global trends in financial technology (fintech), with developments in payments, compliance and lending, says Alvin Gan (picture), executive director of management consulting for IT-enabled transformation at KPMG in Malaysia.

KPMG’s global office recently released its annual predictions for fintech, identifying trends such as consolidation in mature areas like payments and lending, global expansion of challenger banks, increased levels of blockchain adoption, the rise of regulatory technology (regtech) and insurance technology (insurtech) in Asia and the growing awareness of open-banking regulations.

More collaboration between fintech players and banks is to be expected in Asia, particularly in areas such as know-your-customer (KYC) processes, anti-money laundering and digital identity management, including facial and voice recognition.

Several local banks are already exploring some of these trends. For instance, CIMB Group Holdings Bhd is collaborating with Ripple for blockchain-enabled remittance services while HSBC Bank Malaysia Bhd is pushing for a blockchain-based trade finance platform, according to reports. CIMB Group was the first to receive regulatory sandbox approval from Bank Negara Malaysia to implement e-KYC in 2017.

Payments have become a relatively crowded space in Malaysia. Malayan Banking Bhd (Maybank) was the first to launch its digital wallet in 2016 and its QRPay option can be easily spotted at many retail shops. Now, many fintech start-ups are also competing to offer these services.

“The payments space is so crowded already. The majority of fintech companies are in payments,” says Gan.

Compliance and lending are also areas that Malaysian banks are looking to tap when it comes to fintech solutions, although they are mostly at the proof-of-concept (POC) stage, says Gan.

Regtech is gaining popularity among local banks as financial institutions hope to use these solutions, which incorporate artificial intelligence (AI) and machine learning, to improve their processes.

“Bank Negara has come up with a lot of regulatory requirements and banks are trying to comply by using technology. The banks have a list of all the regulations and when they go through it for compliance, it is still done using email and Excel spreadsheets. So, the probability of something going wrong is quite high,” says Gan.

In the lending space, some banks are hoping to use AI for quicker search functions. “Customer loans is another area where we are seeing POCs. For example, if a bank wants to know the amount of loans it holds or how many contracts contain certain terms, they can use AI-powered tools to search rather than scan each document manually,” says Gan.

An example of a local bank working with a fintech start-up in the lending space is RHB Bank Bhd, which began working with RinggitPlus in 2017 to enable loan applications online with the use of a chatbot.

Wealth management is another area that local banks are exploring in terms of fintech solutions, says Gan. For instance, one could see the incorporation of robo-advisors in a private banking setting.

Some consumers may hope to see more fintech innovations from their banks at a quicker pace, but changing these legacy systems can be challenging, says Gan. Banks are still going through a learning curve to roll out these changes, even though they understand the need to do so.

“The momentum is ongoing, but a lot of banks still face challenges. We did a global survey last year and found that 43% of the banks surveyed had a digital plan but only 19% felt that it was effective. There is a discrepancy here. Although they have a [digitalisation] plan in place, only 19% believe it will actually advance their business,” says Gan.

This is why digitalisation needs to be on the CEO or board’s agenda for it to succeed, he adds. It has to be done with the collaboration of the business and technology leaders of the company.