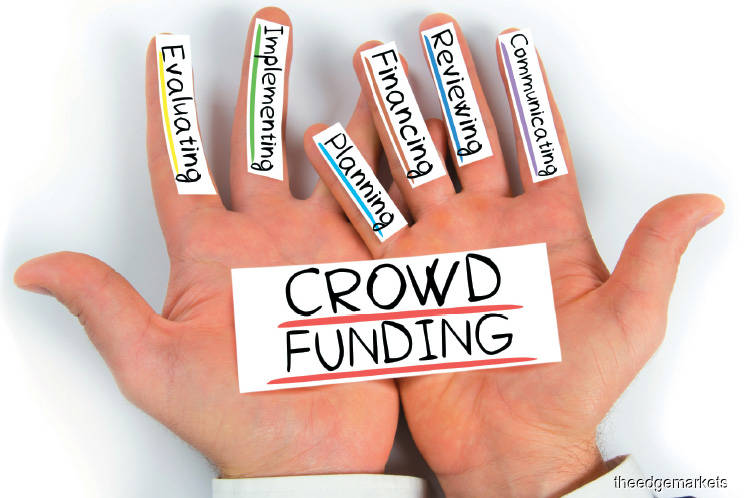 When equity and debt-based crowdfunding platforms were launched in the market, there were concerns that these vehicles could be used for money laundering. After all, investors could unknowingly fund a fraudulent company and the money could end up being misused by the issuers for their personal gain or, even worse, to fund criminal activities.

The Securities Commission Malaysia (SC) introduced a legal and regulatory framework for equity crowdfunding (ECF) in 2015 and peer-to-peer (P2P) financing last year to address these concerns. According to the SC’s deputy general manager Tengku Ahmad Ruzhuar Tengku Ali, the regulator views money-laundering activities to be of minimal risk on ECF and P2P platforms due to the safeguards built into their frameworks and the platform operators’ vetting process.

“We have implemented stringent requirements for ECF and P2P operators when it comes to conducting anti-money laundering (AML) checks and monitoring. In fact, the operators are doing a lot more work,” he said at the 9th International Conference on Financial Crime and Terrorism Financing 2017.

“They have to oversee both sides — screening the prospective issuers coming onto their platforms as well as the investors. So, these are quite onerous requirements for them. From this perspective, the risk of money laundering has been mitigated.”

There have been several cases of fraud linked to investment crowdfunding. The first widely known case, involving US-based Ascenergy, came to light in 2015. The company had raised US$5 million from about 90 local and foreign investors by leveraging some of the better known crowdfunding platforms such as Fundable and EquityNet.

According to the US Securities and Exchange Commission (SEC), the money raised on the platforms was supposed to be spent on oil and gas operations — the objective of the fundraising exercise. However, the founder had used most of the funds for things such as overseas trips, dining, dietary supplements and personal care products. Some US$1.2 million had been reportedly siphoned off before the SEC took action.

Meanwhile, the largest case of fraud involving P2P lending took place in China and was uncovered in February last year. The online scam, which has been dubbed the Ezubao Ponzi scheme, raised US$7.6 billion from about 900,000 investors. When it was reported that more than 95% of the projects on the platform were fake, 26 people running the operations were arrested.

The Chinese media reported that the funds had been used for lavish expenditures. Some of the arrested individuals were also charged with the smuggling of precious metals and the possession of illegal weapons. A court sentenced two men to life imprisonment and 24 others to terms ranging from three to 15 years.

All six ECF operators registered in Malaysia are operational. According to Tengku Ahmad Ruzhuar, 31 issuers had successfully raised RM18.3 million on ECF platforms as at end-September, reaching 80% of their target amount.

Meanwhile, four of the six P2P operators registered with the SC have gone live. The other two are expected to commence operations by the end of this year. As at end-September, there had been 19 successful P2P campaigns, with RM8.7 million raised.

“From the SC’s perspective, this is a segment that needs attention. These are in fact underserved small and medium enterprises that do not have the track record to be listed on the stock exchange or to secure financing from banks. However, as a regulator, we have the Financial Action Task Force requirements to do our assessments,” says Tengku Ahmad Ruzhuar.

Tengku Ahmad Ruzhuar says there are many salient features in the legal and regulatory frameworks for equity crowdfunding and P2P financing. For one, only locally incorporated private limited companies are allowed to be hosted on the ECF platforms.

“The issuers are required to make disclosures to the platform operators and the SC on the information of the offering and the amount they wanted to raise. On top of that, they can only raise up to RM3 million within a 12-month period and only a total of RM5 million on the ECF platforms. This is a very limited amount of money,” he says.

Stringent requirements have been imposed on the platform operators. They are required to monitor the issuers and take action against any misconduct.

“The operators have to observe the Guidelines on Recognised Markets, which serve as an AML measure. For example, one of the prohibitions is that the ECF operators cannot allow companies with complex structures to issue on the platforms. Also, they cannot offer the platform to companies without business plans or those that have plans to acquire another business. This keeps everything in check,” says Tengku Ahmad Ruzhuar.

Retail investors are allowed to invest up to RM5,000 per issuer and a total investment of RM50,000 within a 12-month period. Angel investors registered with the Malaysian Business Angel Network can invest up to RM500,000 while there are no restrictions for sophisticated investors.

“There are also cooling-off periods. Upon putting their money in the prospective issuers, investors have up to six days to withdraw their funds should they change their mind,” says Tengku Ahmad Ruzhuar.

“The operators will put the money in a trust fund to be maintained by a registered institution for the duration of the fundraising exercise. If the issuers do not meet their goal, the money will be refunded to the investors —basically, it is all or nothing. This is what the operators have to impose on the issuers.”

The P2P framework is slightly different. Issuers are able to keep the funds raised if they reach a minimum of 80% of the target amount, but they are not allowed to raise multiple funds for the same purpose.

P2P operators must develop a credit-scoring mechanism for potential issuers and need to thoroughly ensure the credibility of those trying to raise money on the platform. While there is no investment limit for sophisticated and angel investors, retail investors are highly encouraged to limit their exposure to RM50,000.

Tengku Ahmad Ruzhuar says that while ECF and P2P operators are technically not reporting institutions under the AML Act, they are still required to comply with the international standards mentioned in the guidelines. “Action will be taken against the operators should they fail to comply,” he adds.

In Malaysia, donation-based crowdfunding is not regulated. However, it is a very popular way of raising funds for many causes, some of which have been reported as scams. As this is outside the SC’s purview, any scams are treated as classic fraud cases and handled by the respective authorities, says Tengku Ahmad Ruzhuar.