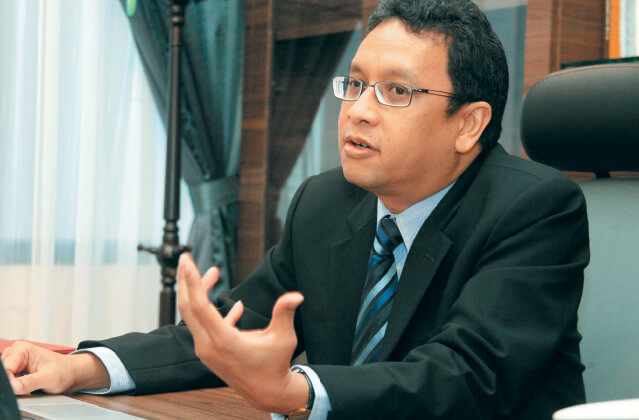 Jaffri: Leverage off organisations such as Crest to collaborate with bigger players and create your own space. That’s how you create products that the market really wants. 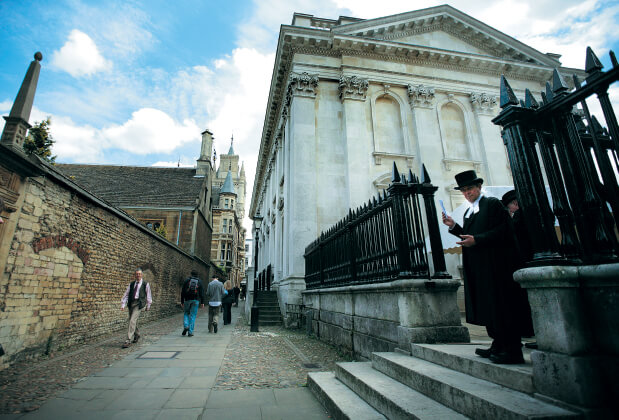 Collaborative Research in Engineering, Science & Technology (Crest) has been around for two years now. It was set up to drive companies to do more research and development, and look into areas that would generate more patents, trademarks and copyright.

“We are doing a fine job in terms of the grants we are managing. The demand has been great and we have received a pretty good response from industry,” says its CEO Jaffri Ibrahim.

Crest is giving out RM100 million over 10 years. It disburses the money twice a year.

Basically a company has to collaborate with a university on a research project before it can apply for funding. And naturally, the company is expected to bear some of the cost. The project must be demand-driven, meaning there already has to be demand for the technology or product being developed; applied, rather than pure science.

Today, says Jaffri, Crest is trying to expand the scope and encourage the participation of foreign universities. “This is so that we’re not limited to knowledge that we have created in the country. It is about collaboration and how we get everybody to come in and participate and drive it by having the best of the best.”

At the moment, it has only one foreign university on board, the University of Missouri. “That was driven by Motorola, which identified Missouri as a key university in this particular area of research. So they pulled them in,” says Jaffri.

Going forward, however, Crest intends to encourage Malaysian companies to collaborate with many other foreign universities. “We have plans for certain cluster developments, such as LED and the Internet of Things,” he says.

Initially, Jaffri admits, people were suspicious of what Crest was all about. What was all this about one company, one university? Surely, this was just another fruitless government scheme heading nowhere.

But as it grew and got involved in more projects with really good technologies, and as it paired companies up with really good researchers in the universities, the companies relaxed. This actually might work, they thought. And then, they started applying for grants.

Right now, Crest is managing 51 projects involving 28 companies. “The response from SMEs has been pretty good. Only 10 of the 28 companies are multinationals,” says Jaffri.

“As we grow, multiple companies and multiple universities are starting to collaborate on a single project. For instance, Altera [Corp] is pushing its suppliers, Penchem Technologies and Polytool Technologies, to be part of the research.”

How does Crest get the word out about its R&D grants? “We go on road shows and talk about them. But basically anyone who wants to apply for a grant can come to us anytime. They can go to our website (http://crest.my/v2/) to contact us and tell us about the kind of projects they want to be involved in,” says Jaffri.

Right now, Crest’s R&D grant is open to anything that helps the electronics sector. “It is usually more engineering-focused, but we do have projects that are more process-oriented, as in how to improve the manufacturing process and things like that,” he says.

Sometimes, a company that applies for a grant does not already have a university partner. “No problem. We can find a potential partner for them. We will say, this university is doing this type of research, so why don’t you talk to this professor and maybe you can agree on something and collaborate on a proposal together and then apply to Crest,” says Jaffri.

But it is not only companies that apply for the R&D grant. In some cases, it is the university itself. “You can see the universities starting to be more proactive. They may feel that they have a project that is more applied research than fundamental research, and they may be looking for an industry partner to work with. Professors talk to us about wanting to do a particular type of research which may be of interest to a company and we can do matchmaking on that end as well.”

Jaffri points out that universities have been coming under increasing pressure from the government. Today, people are looking to see how they can justify their research allocations.

“People are saying: ‘We give you so much money, what do you have to show for it?’ So we encourage them to try and work with the companies on more applied research. They can still do fundamental research, but they must also work with companies on specific outcomes that will help the industry.”

In the course of his work, Jaffri has seen plenty of opportunities available for SMEs. They just don’t seem to be willing to take it up. “We have been talking to the multinational corporations (MNCs) and they tell us they have all this work they need done and are looking for SMEs to work with, but they have not been happy with the ones they have seen.”

Why not? “They find that local SMEs do not have a complete suite of offerings. So they [the MNCs] are actually working with contractors from India, Taiwan or Singapore because these are more up to speed with what the MNCs require. We’ve been trying to get local companies to come and talk to us so that we can pair them up and go meet the MNCs,” he says.

“To me, you should take this as a stepping stone. It may look like menial work, but as you get in, you get closer to the MNC and you can then vie for the kind of work you actually want to do,” he says.

Jaffri adds that many of the local SMEs have been slow when it comes to learning about and specialising in new technologies. “Companies such as Intel and Motorola want a lot of cloud computing work done. They want people who understand how to develop apps on Android devices and all that. They are willing to work with local companies, but not many are stepping up to it.”

Basically, he says, this is an opportunity. “If local companies can just get their act together, there’s a lot of business out there. But they need to be serious about it.”

In the course of talking to industry, Jaffri has been made aware of the infrastructure gaps that exist. For instance, the lack of important equipment for various purposes.

“A lot of people have a cluster of equipment all over the place. Mimos has some, the universities have some. They are all guarding them carefully. Basically, if we can pull them together and make the equipment available to the community, with easier access, that would be a good thing.

“What we have done so far is started to compile the list of equipment available, but what we should have is an agreed way of utilising the equipment easily, and seeing that they are being well-maintained and professionally cared for. That’s not there yet, but we’re working on it.”

SMEs that are looking to pull ahead of their peers can explore the opportunities presented by Collaborative Research in Engineering, Science & Technology (Crest), which is more than willing to work with them and introduce them to the right partners and collaborators.

But they must have the right mindset from the get-go. “We would want them to have a game plan to be more global. We’re actually working with some really good foreign universities, such as Cambridge University in the UK and the University of California Santa Barbara, on areas such as the Internet of Things and materials research.

“So the SMEs can participate with Crest to get in on it. But they need to have more than just the trader mindset of buy low, sell high. They would need to basically roll up their sleeves and be part of the R&D roadmap, working on creating their own intellectual property and eventually their own products and services,” says Crest CEO Jaffri Ibrahim.

For example, he says, they could help create the next generation of lighting products. “Philips and Osram are producing lighting products that you can control using a mobile app. And that’s just the beginning. You can think of so many different ways to apply the technology.”

Jaffri says SMEs that are keen to be part of this R&D journey can talk to Crest and participate in a grant. “Work on smaller problems and then work yourself up to developing intellectual property.”

Most SMEs, he says, are too small. So they need to either get together and collaborate among themselves, or merge. “Come together, make yourselves a little larger, rather than being one small company with two or three engineers. If you combine with three other companies, you will have a fuller suite of engineers and offerings. And then you can go to the MNCs.

“Start small, maybe, but have a game plan and work yourself up. That will be much better than struggling to do things that the market may or may not want.”

Jaffri is aware that none of this may sound suitably glamorous. But it doesn’t have to be. “In a certain sense, they are all a cluster of smaller activities. But if they can come together and collaborate on a bigger activity, there would be a better chance of making it.”

However, while he advises these SMEs to go small, he thinks they should be bold enough to put themselves out there and think big.

“Work with the best. The world is going into collaboration in a big way. How can you be a part of that bigger research? Leverage off organisations such as Crest, or all those guys who are trying to pull in bigger players, and create your own space. That is basically how you create your own products that the market really wants,” Jaffri points out.